Freedom to Learn: Interns Thrive and Grow at Workiva

Helen Barton’s journey to a career in user experience design at Workiva started with a backpack.

While at the College of Design at Iowa State University, Barton spotted a classmate’s backpack emblazoned with the Workiva logo. While the company was familiar to Barton, she hadn’t considered the opportunities the Ames-based organization offered.

“I approached my classmate to ask about their experiences,” Barton said. “And after hearing about Workiva from a real person, I went to the career fair and learned more about the actual role I was interested in.”

But Barton’s internship experiences would end up being very different than anyone could have imagined.

“After Covid-19 hit, I was one of the first virtual classes of interns going into May 2020,” she said. “And so we worked hard to form connections in that virtual space.”

Despite the unpredictable situation during the early days of the pandemic, Barton was still able to engage deeply in meaningful work as an intern.

“A huge benefit of Workiva’s internship program is that you get to do real work,” she said. “We have the LINK conference, and I got to be part of the cross-functional team designing a new feature for customers. It was a chance for me as an intern to have an impact on a team and get some real work out to customers.”

LINK is an annual internal conference for the entire Workiva R&D team. During LINK, employees are able to organize cross-functional teams to explore new ideas and opportunities for innovation on the Workiva platform. At the end of the week-long conference, teams present their work to the rest of the R&D organization. In addition to awarding a variety of honors to stand-out projects, many go on to be fully implemented and deployed to production.

Barton’s cross-functional project at the LINK Conference became one piece of the UX design portfolio that she could bring with her into future interviews, at Workiva or elsewhere.

“That was a cool way to validate our skills. We developed a portfolio that we could share, and talk about the value that we bring as employees,” she said.

The value proposition she offered to Workiva landed Barton a role as a full-time associate on the UX design team and ultimately to the mid-level position she now holds. Today, Barton is helping to support new team members as internship recruitment ramps up with a focus on intentionally expanding representation across Workiva’s teams. 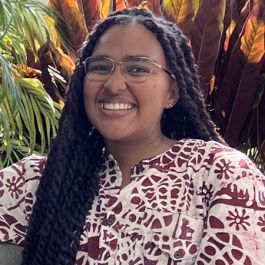 “Our business employee resource groups around different identities have a pillar related to recruitment and attracting talent,” Barton said. “We recognize there are areas that we haven’t necessarily recruited in thus far but would be wonderful additions to our company.”

Workiva is actively recruiting for their next class of interns — and Barton encouraged interested students and recent grads to apply.

“I think the chance for real experience amongst really amazing people will set future interns up to be fantastic at what they do and round them out as a person that’s growing and changing at the end of an undergrad or graduate degree,” she said.

“Workiva really sets interns up for success,” Engineering Manager Jacob Johnson said. “One of the things we talk a lot about is making sure our employees have the tools they need to do the work that they want to do.”

Some of the tools Workiva offers their interns include:

Jacob Johnson, now an engineering manager, echoed Barton’s appreciation for the rich and varied opportunities that Workiva offered him while a student and intern.

“The internship wasn’t just an internship,” he said. “It was a real picture of what the life of a software engineer might be, and I think that’s true of all of the different internship positions. We try to provide people a real glimpse into what they would be doing.”

Johnson recalled being treated like a peer by full-time engineers in meetings and retrospectives early in his internship, which helped him imagine being on the team long-term. But real life at Workiva was more than the engineering experience, especially for a college student: There was also the cafeteria. 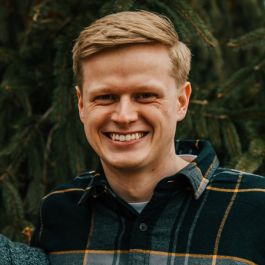 “The cafeteria is actually one of the first things I learned about Workiva,” he said. “Probably because my roommate, who interned before me with Workiva, sang its praises. Delicious food for an affordable price was very exciting. And I think it probably convinced me to approach Workiva at the career fair.”

Beyond the famous chocolate pudding and fresh-squeezed orange juice machine, Johnson appreciated the talent Workiva attracts across the company.

“There’s so many people who can specialize in different parts of what we build, that it allows us to build cool things. On top of that, the way that we do things is highly collaborative, and there’s also this culture of humility,” he said. “Those three things together are this perfect ingredient list. You have talented people who are accustomed to a collaborative style of work and then have the humility to support people asking questions. It makes this place a really good place to learn. And that’s probably my favorite thing about Workiva.”

“Workiva has the best slack emoji culture I’ve ever seen,” Barton said. Senior Engineering Manager Chelsey Baysinger said her favorite emoji is a custom “ope” — the midwestern exclamation for surprise — which has led to fun moments with coworkers. “I’m from the Midwest, and I had a person on my team start recently from Montana,” she said. “I responded that to something he asked with the ope emoji, and he was like, ‘What does ‘ope’ mean?’”

The talented team at Workiva also made Chelsey Baysinger’s internship transformative for her professional journey.

“I felt welcomed and cared for,” Baysinger said. “People were always reaching out and asking, ‘Is there anything I can do for you? Are you finding the projects you’re working on engaging?’”

“I had the freedom to learn, explore and test things,” she said. “I felt validated in the work that I was doing without feeling pressure that I needed to perform quickly.”

According to Barton, supportive growth and development isn’t isolated to the internship program.

“There is a learning and growth phase after being an intern, too,” Barton said.

Sometimes those growth opportunities might help an intern understand that their strengths lie in another specialty. 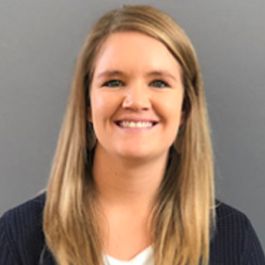 “What I also really liked about the intern program was the flexibility to try other teams to get a feel for everything,” Baysinger said. “I’ve told people, ‘I think you’re a great fit at Workiva, but there might be other teams that you’d be an even greater fit for.’ And other teams have done that with us, too.”

Baysinger found Workiva through a college career fair and said that as the internship program’s reputation has grown, so have the lines at Workiva’s career fair booths.

“I think in my first year there were 20 interns,” Baysinger said. “And this summer we had over 150 interns. Some of them stay on throughout the school year, while some of them decide to go back to school.”

Many interns convert into full-time employees at Workiva. According to Johnson, former interns now in full-time roles feel the value of that investment and want to reciprocate by investing in current and future interns.

“Honestly, it’s a privilege to be a part of that process and to get to now go to career fairs and hire interns and mentor interns because it wasn’t that long ago that I was in that position,” he said.

Barton added, “Internships at Workiva build a sense of identity for people, whether it’s the collaboration, the value, the experience or the culture. A lot of us that were interns carry that forward into our full time roles.”

Baysinger, Barton and Johnson all recommend visiting Workiva at a campus career fair.

“We get a lot of people who apply,” Baysinger said. “We recruit nationwide and consider all applicants, but going to the fairs is a great idea because it shows initiative and allows us to put a face to the name.”