Over the course of the last two years, BombBomb has done the hard work of translating a robust in-office culture into virtual space.
Written by Robert Schaulis

Earlier this year, Matt Sowin, talent acquisition manager For BombBomb, was working from home when he noticed an odd noise.

“I heard this pounding sound, and I thought ‘who is spraying water against our house?’” said Sowin. “It turns out that a line that feeds water to the toilet had failed, and it was just shooting water all over the upstairs bathroom.”

Sowin was able to turn the water line off in less than a minute, mitigating the damage. Still, in that short time, water had already leaked from the second story to the basement of his Colorado Springs home. “I said to my wife: ‘can you imagine if neither of us was working from home?’ We would have come home to a flooded house.”

It’s rare that the strengths of a remote work schedule are so dramatically and quantifiably illustrated. For Sowin, one shift saved him and his family thousands if not tens of thousands of dollars in water damage. And while this is by no means the norm, it does illustrate an important point: Our lives are variable and complicated; the unexpected happens; and the flexibility that remote and hybrid work provides is by no means insignificant.

Neither, however, are the challenges implicit in remote work.

A successful remote-first workplace is a testament to the strength of a company culture and the forward thinking and willingness of company leadership to invest the time, effort and resources required to make team members’ work and home lives easier.

As the developer of a one-to-one video software platform engineered to increase remote connectivity, BombBomb was already a lean tech-focused workplace uniquely attuned to the challenges of working remotely. Even with that head start, though, the transition to a remote-first workplace was not without hiccups. 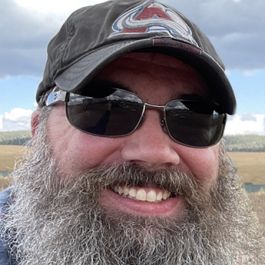 “It just so happened that we were set to do a test trial for remote work when the pandemic forced us to go entirely remote,” Joshua Harley, senior software engineer team lead said. “We all received a message at the end of one workday to start taking our laptops home in preparation for the trial. And the next day was March 12, 2020, so we never got to run it.”

In the wake of the World Health Organization declaring a pandemic on March 11, 2020, school closures had been announced throughout Colorado. Parents were forced home, and workplaces reeled with the responsibility of accommodating working parents and mitigating community spread. Understanding that the health and safety of employees was paramount — and that decisions about that health were outside the scope of the workplace — BombBomb scrambled to announce that it would be shifting to a remote-first model.

“I feel like it says a lot about our company that, when we officially went remote, it was around a healthcare issue. Our health was an issue outside of the workplace that they wanted us to have control over — and that spoke volumes to me,” said Amanda Saplis, manager of customer success.

Over the course of the next two years, BombBomb would focus on the hard work of translating a robust in-office culture into virtual space — a process that would ultimately enrich the company’s culture and win over its employees.

“Our core fundamentals have stayed the same. They just show up and look different,” said Sowin. “So much of maintaining workplace culture and relationships prior to remote work was just bumping into somebody getting coffee and catching up with them. Now, we have to be a lot more intentional about reaching out and doing these things.”

All changes aside, BombBomb’s culture is still shaped by a commitment to its core values. Those include: relationships, fun, flexibility, humility and service. They infuse every aspect of BombBomb’s culture, and they were often organic and spontaneous in the company’s in-office work environment. But sometimes it’s difficult to have fun, build relationships or even maintain flexibility when struggling with the realities of Zoom fatigue.

Sowin and Saplis credit the work of BombBomb’s people team with taking the intangibles of that workplace culture and working to recast the values in a new light.

“And we have these dedicated teams of people putting intentionality toward values in action; diversity, equity and inclusion; and fun and events constantly,” said Saplis. “That way, they don’t get left behind and we are being intentional and proactive in developing our company culture.”

One of the bigger aspects of the company’s pre-pandemic culture was “BombBomb Fridays” — an hour devoted to having fun, socializing and building relationships at the end of each work week. For Sowin and Harley, BombBomb Fridays had been an integral part of company culture since they first interviewed. The two were both interviewed on a Friday and invited to participate in the event afterwards.

“It was a great opportunity to meet people in other departments,” said Harley. “My interview happened to be on the day of a lūʻau, so I was there in a full suit sweating up a storm, and everybody else was in Hawaiian shirts and leis out in the courtyard of the Wells Fargo Tower — it was a great introduction to the company’s culture.”

Saplis, who first joined the team in 2020, heard about the people-focused entirely in-office culture of BombBomb during her interview, but joined the team in an entirely different environment. Extroverted in nature, Saplis elects to work a hybrid schedule. She will often drive several hours to take advantage of the company’s office offerings. Nonetheless, she was impressed by the flexibility and the deftness with which the company transitioned to a remote-first paradigm. 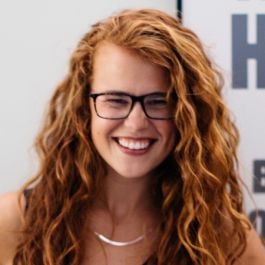 “Seeing that flexibility and that willingness to pivot has been great,” Saplis said. “We want to put more intentionality into the fun pieces of our remote work environment and figure out how to recreate that in-person culture virtually.”

In order to create spaces for both those energized by constant socialization and those often drained from it, BombBomb’s people team has been hard at work planning remote and safe outdoor in-person events. From heated virtual games of bingo to service events that do good for BombBomb’s central Colorado community, BombBomb’s team members enjoy a variety of ways to get involved.

From Colorado Springs to Kenya

As part of BombBomb’s core commitment to service, the company partners with a number of nonprofit organizations in the central Colorado area. Additionally, BombBomb’s commitment to service extends abroad; in conjunction with ​​Children’s HopeChest, BombBomb team members contribute to children and families in the impoverished rural communities around Mt. Elgone in Kenya.

A Focus on Professional Development

One of the strengths on which BombBomb has traditionally hung its hat is the company’s commitment to learning new skills and growing professionally.

“With regard to professional development, I’ve seen a lot of thoughtfulness in the last two years,” Saplis said. “Because there have been fewer in-person opportunities and events to go to, we’ve gotten very creative as a team, and we’ve tried to come up with creative ideas regarding how to develop talent in more of a virtual world.” 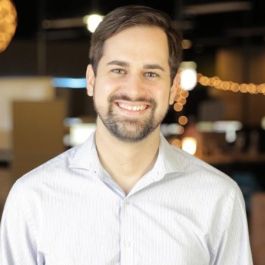 “In the past, we were focused on how we could make this environment fun. But now that we’re remote first, we’ve shifted our focus. We’re asking employees what is more important to them.” Sowin said. “A huge part of that reassessment of what our employees find meaningful is reaffirming our commitment to professional growth. Last year, we had something like 40 percent of open positions filled internally, and it’s super cool to see people have the opportunity to advance their careers at BombBomb — even while fully remote.”

BombBomb’s development and engineering teams budget time for personal projects and celebrate colleagues who are learning new skills and exploring new horizons. Additionally, the company offers a professional development stipend. It’s developed an internal mentorship program to help team members expand their skills. And Harley notes that several of his colleagues have had storied careers with the company — having moved through a variety of roles and departments from quality insurance to customer support — to eventually lead teams.

“You’re never stuck where you are,” Harley said. “If you are growing in new areas we will make sure that you’re compensated for the work you’re doing and can move across the organization the way you need to.”

It’s that sense of goodwill and intention that is perhaps the most tangible element of BombBomb’s now remote-first culture. And while every day doesn’t bring disastrous floods, the company’s crew understands that they have the latitude, support and culture in place to exceed expectations rather than simply stay afloat.