The tech industry has been bombarded with negative news this summer. Reports of layoffs, potential recession and slowing growth have many companies and their employees on edge, fearful of what the future will hold.

In the midst of that grim onslaught, though, Hotel Engine’s employees received a very different message — one coming from the CEO himself.

The email sent across the company was one of optimism and assurance. Hotel Engine, it said, was not like many other tech companies. They’re bootstrapped, frugal, careful in their growth and able to pivot and adapt — something they proved in 2020, as a hotel booking company during the height of the pandemic. Most importantly, the email explained that Hotel Engine is resilient — and that culture of resilience is what keeps the company moving forward. 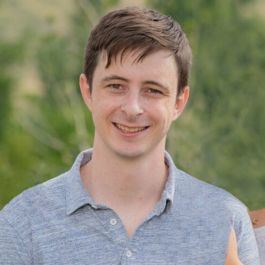 “Our culture is low-ego, flexible and resilient,” said Senior Engineering Manager Collin Smith. “When you’re growing really fast, gaps are going to pop up no matter what you do, and our people need to be ready to handle that.”

Like the hotels the business helps clients book, the biggest thing that supports Hotel Engine’s resilience is a strong foundation. This includes its culture as described by Smith, along with the processes and systems designed to create and communicate plans and reevaluate them when circumstances change. With this foundation solidly in place, Hotel Engine has not only weathered the unpredictable world of the last few years, but has grown tremendously — and its employees are confident that the company’s success will continue into the future.

What does it mean to be resilient?

SVP of Product Amita Agnihotri: Resilience means working together to overcome challenges, not taking no for an answer and brainstorming ways to get around whatever obstacle is in the way. Hotel Engine meets that definition in a number of ways. Even with recent world events, we’ve really been able to focus on our strategic vision, what’s most important and how we’re going to get there.

Senior Engineering Manager Collin Smith: A big piece of it is not being afraid of large problems and being able to aggressively break them down into smaller, more consumable pieces — and that’s something Hotel Engine is really good at. I was here in 2020 when the pandemic started, thinking, “oh no, I work in the travel industry during a pandemic,” but it was pretty incredible how we were able to be flexible and agile and quickly shift our direction. I think that’s another big part of resilience: being flexible.

How does Hotel Engine develop its culture of resilience?

Agnihotri: We constantly reevaluate and question what we’re doing. Part of resilience is overcoming obstacles, but part of it is reevaluating and really double-clicking on where we should put our focus. That ability to prioritize, communicate on the risk and challenge what we’re doing in a healthy way is a part of where my confidence in our resilience comes from — we’re not blindly following decisions made 12 or 24 months ago.

Smith: We focus on building a low-ego culture, which makes it easier to question our ideas — we focus on team wins, not individual ones. Our people want to make the best decisions for everyone and for the success of the company. I’m watching the team deal with all the kinds of craziness that come with being a fast-growing company — we’ve basically doubled the team since last summer — and how flexible they’ve been with those challenges makes me confident that they won’t have issues with any other changes or obstacles that might arise. The culture is really built on being agile and being able to pivot quickly.

“A good roadmap is both constant and always evolving,” Agnihotri explained. “About 80 percent of the yearly plan we laid out in September is still correct, and we’ve revisited about 20 percent.” The product team hosts regular meetings to make sure their roadmap stays on track, including quarterly priority management meetings and a biweekly roadmap review. “It’s about making sure we continue to be aligned on top-line goals, evaluating where things should be deprioritized and mapping the roadmap back to reflect that,” she said.

With Hotel Engine growing so fast, how do you make sure that growth is smart and sustainable?

Smith: A big part of that is making sure our onboarding process is really solid. We make sure we bring people in and integrate them with a team of people who are successful here. We have people they can learn the culture from — it’s important to protect the culture when growing this fast. It’s an area you can’t compromise on. We want to have people that are willing to step in, take ownership of things and make sure we’re improving.

Agnihotri: I’m a big fan of transparency in the first 90 days — being clear on what’s expected during the first week, first month, first three months. I constantly tell my team that at any point in time you’re going to feel like you have 40 priorities and you might get through none of them in a week. And that’s okay — we just need to be really clear about what we’re doing and not doing. Alignment on goals empowers people to focus on the most important or impactful things at any given time.

What’s a major challenge you’ve faced on your team recently, and how did you overcome it?

Agnihotri: The biggest thing right now is how to handle growth and maturing at the same time. I joined about a year ago, in the middle of a transition between product market fit and scaling. When you’re scaling, at least on the product side, you often move from a top-down roadmap to a bottoms-up one — meaning product managers are more empowered and leading the strategic direction of features. During that transition, you’re not only getting people comfortable with the switch but also making sure we’re aligned at the cultural identity level.

Any feature we release has to be in service of our customers, but also coordinated cross-functionally. You have to make sure to build out the right meeting cadences to make sure everyone’s informed and aware. It’s about framing out the problem and pain points and bringing everyone along on that journey.

Part of resilience is overcoming obstacles, but part of it is reevaluating and really double-clicking on where we should put our focus.”

Smith: When you’re moving from a small, scrappy start-up to a mature company with a large team, you can no longer rely on osmosis for everyone to know what’s going on all the time. You need to put processes in place that provide a little more structure to keep that many people moving efficiently — but it’s a challenge to balance that with flexibility.

What helps us work our way through is the honesty and transparency we have with each other. We’re big on radical candor, where the best thing to do is communicate clearly to someone when something isn’t working great. A key component to that is caring about that person — the idea is that if you care, you’re going to be open and honest. It’s something that you have to work at, because it can be a little uncomfortable at times, but it helps us improve across the board.

What does the future look like for Hotel Engine?

Agnihotri: I gave an analogy to the leadership team a while back: If you’re playing a basketball game and focused on the scoreboard, you’re probably going to lose — but if you’re focused on what plays you’re running, you’ll probably do much better. I think it’s the same with Hotel Engine. We’ll continue to grow as long as we’re focusing on the controllables and the inputs while keeping tabs on the pulse of customers and reevaluating when needed.

Smith: One of the things I’ve enjoyed about my time at Hotel Engine is that we’ve gotten leaps and bounds better each year. I expect that in the future, we’ll be able to look back on this year and see how much further we’ve come.