Ibotta ditched the whiteboard portion of their interview process and discovered a better method.
Written by Brendan Meyer

Imagine standing in front of a blank whiteboard that stretches across a wall in a conference room at the final stage of a job interview. Three staff engineers are sitting close by, having just provided a problem to solve.

The pressure is on.

Despite a full day interviewing with different people trying to make the best first impression, this feels like the most crucial moment: solving a problem on the fly in front of the hiring managers and providing a great explanation behind every decision that’s scribbled on the whiteboard.

One mistake, or a failure to adequately explain the thought process, feels like it could be the difference between a job offer or not.

Scenes like this are pretty commonplace in the tech world. It was common at Ibotta, too, until the pandemic upended the way the free mobile shopping app interviewed engineers. The whiteboard portion was deemed impossible during the remote interview process, which led to a realization: Maybe their old methods weren’t leading to the best results. 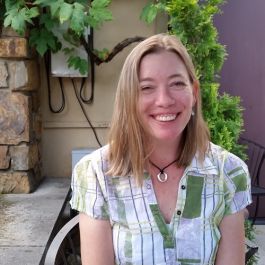 “The interview process wasn't nearly as safe an environment as what we do now,” Heather Shannon, the SVP of engineering and data, said. “Because sometimes, it’s tough for engineers to talk as they’re solving a problem, and that’s really what the interviewer is trying to get at. I don’t necessarily know if our ability to assess candidates in that form was as accurate as it is now.”

So what does this interview process look like? According to Shannon, it involves a more supportive experience for the interviewee that still assesses their technical acumen.

To get an inside look, Built In Colorado spoke with two recent hires — Harold Davis, a mobile engineer who started at Ibotta in December 2020, and Meagan Combs, who started in February of this year — to learn more about Ibotta’s interview process, and how the engineering team has been able to cultivate a strong team culture while remote.

Ibotta is a free mobile shopping app that gives its users cash back on groceries and more. The company partners with brands and retailers like Kraft Heinz, Kellogg, Amazon, Walmart and more.

Tell me more about the whiteboard portion of the interview process prior to the pandemic.

Shannon: Among other steps of the interview process, the candidate would join a conference room with three other engineers, and there were a handful of problems that the candidate was asked to solve. For example, we’d ask someone to draw a software architecture design for a coffee machine, and ask them to talk about object-oriented principles. What is going to inherit from what and what might the interfaces look like between these objects? Other questions were just your basic coding questions, definitely not meant to trick anyone but really gauge if they can solve a conditional problem. We wanted to hear what they were thinking and their thought process behind it. But it’s really hard to do that in real time. 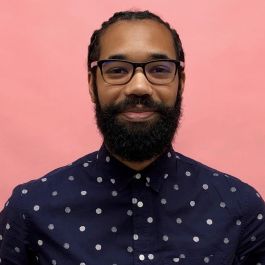 Davis: The first part of the interview is the technical interview. For the iOS engineering department, the technical interview is a take-home project that’s provided days before your interview. During the interview, you meet with maybe three to six teammates from iOS engineering, and they’ll ask you to take them through the project. I loved that aspect, because I was like, “Great, I get to start wherever I want.” It also gave them a chance to understand my communication style.

I’ve never had an interview like that before. In my past interview experiences, it’s always been on the spot, do this thing and do it now. But at Ibotta, they gave me time to do the project, and walk them through it. 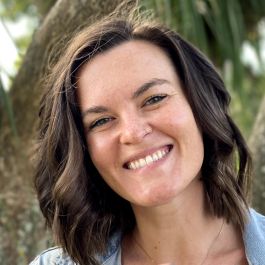 Combs: For staff engineers, we have a slightly different technical interview. It’s called a technical pairing. Instead of a take-home project, we’re given a project in real time, but it’s code that’s already been written, and the interviewer and interviewee walk through the code together. This style of interview really stuck out to me as I was interviewing at a bunch of companies. I felt like I got the sense of what it would be like to work with the people that were interviewing me, and I think they came in with that same goal. I didn’t get the sense that I was being tricked or assessed on my technical knowledge. The whole setup made me feel safe and welcomed. It made the team seem approachable and made me want to work there.

In my past interview experiences, it’s always been on the spot, do this thing and do it now. But at Ibotta, they gave me time to do the project, and walk them through it.’’

Shannon: The whole point of both of these interviews is for it to be a window into what your life would be like as an engineer at Ibotta, and it’s done in a very supportive and positive way, which is exactly what we want the experience to be. Something that is safe and inclusive, while also assessing the technical acumen of the candidate.

What’s the second part of the interview?

Combs: It’s a cultural interview, and it consists of a panel with three team members on a Zoom call. The point of this portion of the interview is to get a strong understanding of the culture at Ibotta and how the interviewee would fit. I thought the questions that they asked me really spoke to the type of culture that the engineering team holds. They asked me things like, “What do you think makes an ally?” I’ll never forget being asked that in an interview, because that says to me that that’s important to each of these people on the call. They asked me, “What’s the most fulfilling part of your job right now?” I just loved that. It makes me feel like the people that are on the team care about those types of things, and I care about those types of things. That’s honestly what sold me on Ibotta, the cultural interview.

Davis: I completely agree. The culture interview definitely sold me. It hit home because you definitely want to enjoy the company of the people you work with.

Davis is in Phoenix. Combs is in Boulder. That’s because Ibotta’s engineering team is now a remote-first team, with team members having the option to go into the Denver office if they want. “Being able to look outside of Denver and Colorado is great for us,” Shannon said. “It has dramatically improved our ability to hire a more diverse workforce.”

How does Ibotta assimilate someone into the culture after they’ve been hired remotely?

Shannon: We kind of did what we had always been doing in many ways. When you first joined Ibotta, we gave you what we call a “tech buddy.” Or if you’re a manager, you get a “manager buddy.” This is someone at Ibotta that we feel really upholds our values, really understands how we build the culture we’re trying to create and can take this person under their wing and be that person you can ask questions, hash things out or just want a friendly face that you recognize. We kept doing that as we were remote. We also revamped our onboarding materials, including our Ibotta wiki where we have our onboarding expectations.

Your Engineering Culture Doesn’t Have to Suffer While Remote

What’s an example of a way that Ibotta has facilitated culture while remote?

Shannon: Every year, we do what we call CultureCon. This is an event put on by a subset of the engineers for the engineering team, and it’s really a way to underscore the core parts of our culture that we really want to preserve, and highlight the areas that we want to improve. The overarching goal of it is to improve psychological safety amongst the teams, improve collaboration and communication — all of the things that really create a great engineering culture.

For example, for this year’s CultureCon, we had an engineer share his experiences about going remote and what kind of impact the pandemic had on him personally. It was a very vulnerable and impactful interview. Just hearing another engineer say, “It’s OK to call the employee assistance program and see what they recommend” was powerful. There are resources and help out there to help us through this unprecedented time, and I thought it was super cool that he did that. It took a lot of courage.

Every year, we do what we call CultureCon...it’s really a way to underscore the core parts of our culture that we really want to preserve.’’

Combs: CultureCon is a great example. I had just gotten to the company at that time, and I was really inspired by the discussions that went on. There’s over 100 people on this call, and people were putting themselves out there and contributing to challenging discussions. It absolutely solidified my decision to join Ibotta.