Why These Local Leaders Agree Unconscious Bias Training Is Necessary

Unconscious bias, or social stereotypes about groups of people formed outside of conscious awareness, can show up in many forms at work.

When a company hires for “culture fit,” the intention may be good, but it can also be a form of affinity bias. That’s when interviewers favor candidates who share similar backgrounds and think like them, ignoring those who could offer more diverse perspectives.

Similarly, “the halo effect” occurs when hiring decisions are based on a stand-out detail about candidates, like the university they attended, rather than their skills or experience.

Both of these instances — often unintentional — can actually detract from building a more inclusive and diverse work environment, threatening the growth of a team and company.

So what are companies doing to eliminate unconscious bias?

For starters, many organizations, like the four below, have led unconscious bias trainings to help their teams recognize signs of it and share ways of eliminating it.

But do these trainings work, and do companies need them?

Here’s why the following leaders at local companies all replied “yes.” 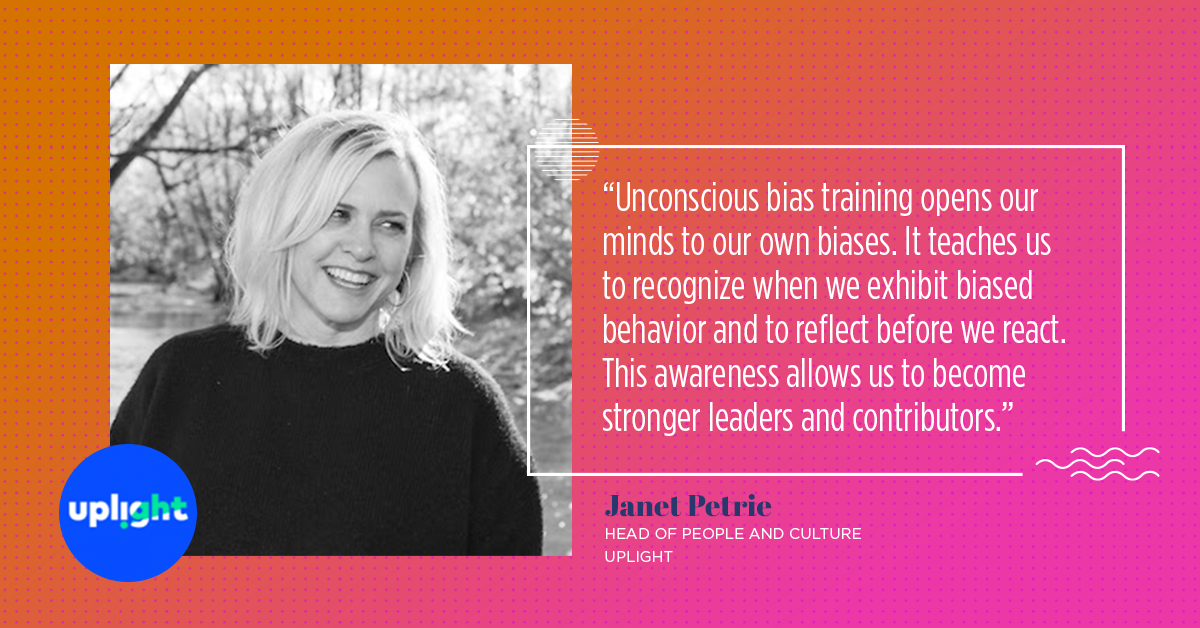 “Unconscious bias training opens our minds to our own biases. It teaches us to recognize when we exhibit biased behavior and to reflect before we react. This awareness allows us to become stronger leaders and contributors. This training teaches you how to avoid succumbing to those biases because you are in control of your mind and your actions. It’s not going to be easy and it’s not going to happen overnight. It’s going to take deep reflection and grace from those around you, but step by step, we can get there.

At Uplight, we have a lot of work to do towards inclusive excellence. Our team is committed to learning, improving our processes and challenging one another and ourselves every day. Uplight has formed a voluntary IDEA task force made up of team members from across the company to generate and facilitate new ideas, run programs, and hold Uplight accountable to its DEI goals. Unconscious bias training provided us all with a common foundation to continue creating the best workplace and team that we can. The work doesn’t stop after the training. It’s really just the beginning.”

Janet Petrie is the head of people and culture at Uplight, a customer management solution for business and residential energy companies. 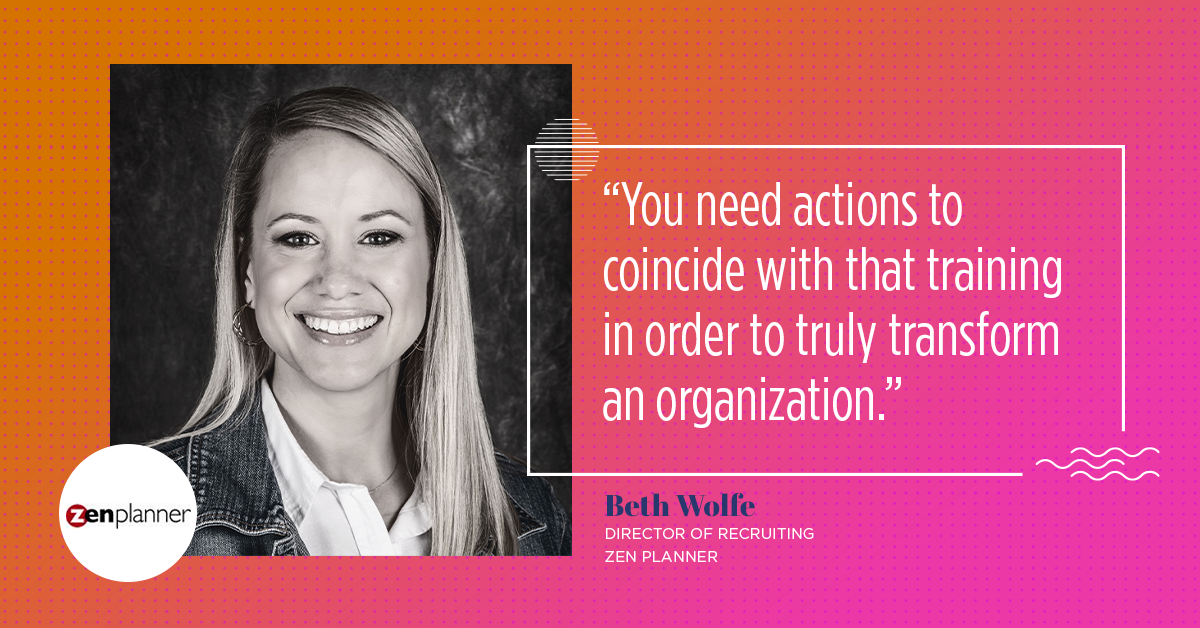 “I do believe that unconscious bias training is a good place for companies to start when thinking about an entire initiative around diversity, equity and inclusion. The important thing to note is that it can’t end there. If that’s the only thing you’re doing to essentially ‘check the box,’ then you’re not going to get much out of it in the long term. You need actions to coincide with that training in order to truly transform an organization.

For instance, it has been widely shown that there is bias in the hiring process. While we can’t entirely eliminate bias, we can help to lessen its impact. We can start with unconscious bias training, then build on that by ensuring we have scorecards or rubrics and structured interview questions to assess candidates in a consistent way. Then we can evaluate our job descriptions and requirements to see if they unintentionally eliminate certain populations.”

Beth Wolfe is the director of recruiting at the fitness membership solution Zen Planner. 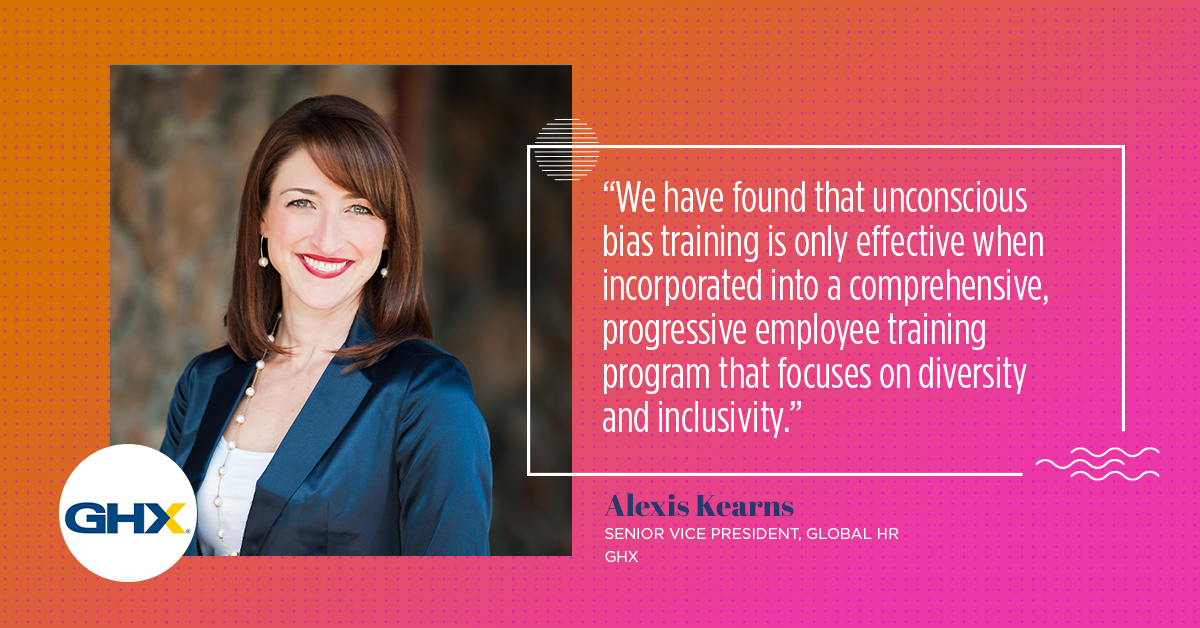 “We started doing unconscious bias training at GHX in 2016 because our leadership believed it was essential to making effective decisions, fostering a growth mindset, building a more inclusive workplace and forming healthy interpersonal relationships. However, we have found that the training is only effective when incorporated into a comprehensive, progressive employee training program that focuses on diversity and inclusivity.

It’s also important to note that a single training will only take your organization so far. The biggest impact comes from repeated training, leading by example and modeling positive behavior in day-to-day interactions. This work takes time and requires the entire organization to lean in. We know we’ve had an impact when our employees say, ‘Wow, we talked about some things that I never considered before.’ Helping employees be more mindful of their thoughts and actions is a big win for our business, values and culture.” 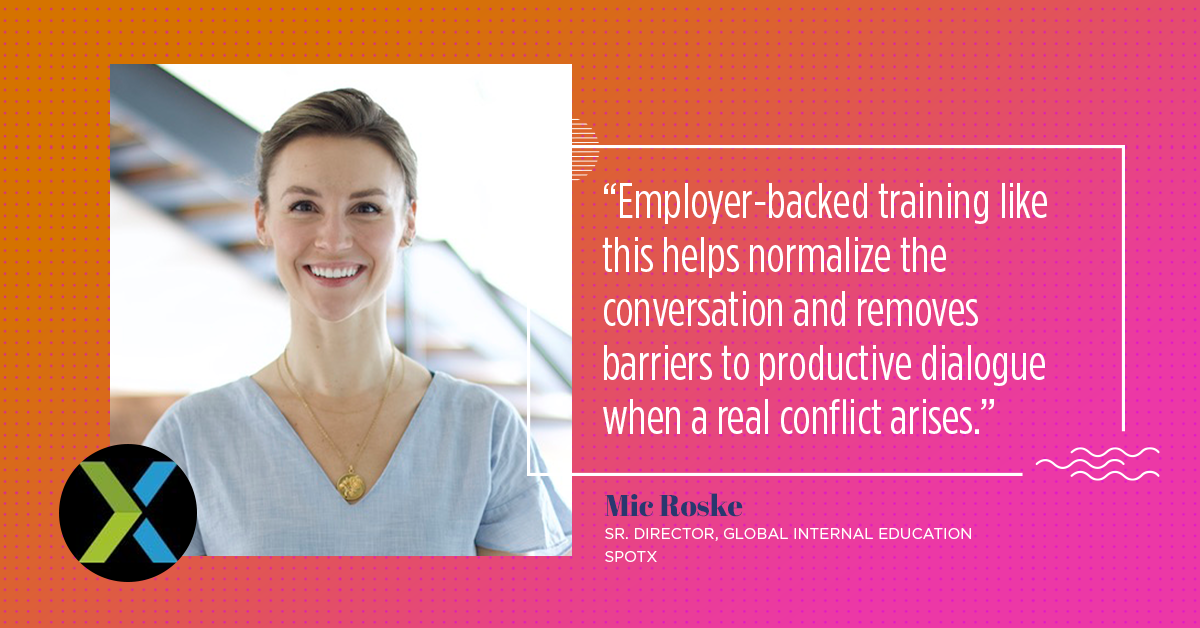 “Companies without an existing DEI framework can lean on unconscious bias training as a vehicle to kick off the conversation. However, in no way is it a one-and-done checklist item. For training to be effective, we have to actively take that education and awareness and propel it into organizational buy-in for things like process audits and metrics for accountability.

Addressing inequities in the workplace requires support throughout the entire organization. A training like unconscious bias can often surface internal advocates or even awaken passion in someone who previously did not know how to engage.

In our unconscious bias sessions, there are many concepts and vocabulary we have seen spreading through our organization. Many people don’t naturally feel comfortable being a champion in conversations around diversity and equity in the workplace. However, if someone knows they have the support of their executives and have already discussed it with teammates in a work setting, they are more likely to continue to speak up in a meaningful way when it matters most. Employer-backed training like this helps normalize the conversation and removes barriers to productive dialogue when a real conflict arises.”

Mic Roske is a senior director for global internal education at the advertising video company SpotX.