Meet 9 of the Colorado startups giving employees Election Day off 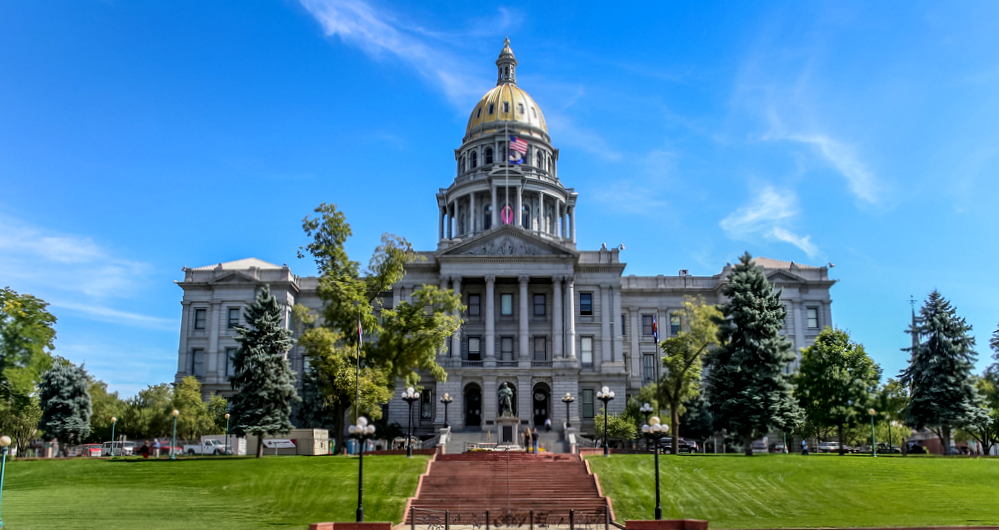 As the election campaign season (finally) starts to wind down, people all over Colorado are gearing up to fill out their ballots and hand them in — participating in the great civic institution of democracy.

There are a number of reasons people don’t vote, but not having time to get to a polling station or drop off a ballot shouldn’t be one of them. While some states require companies to give their employees paid leave to vote, Colorado’s law is pretty limiting. And while Coloradans will all get mail-in ballots this year, some people prefer to drop ballots off on Election Day — plus, Colorado allows people to register to vote in person on Election Day at their polling place, as long as they have a photo ID.

To make sure as many of their employees as possible have the chance to vote, Colorado tech companies are offering employees varying degrees of paid time off on Election Day — some inspired on their own, while others have joined the Take Off Election Day campaign launched by Silicon Valley VC, Hunter Walk.

We caught up with some of the companies participating to learn why they decided to give employees time off to vote on Election Day. 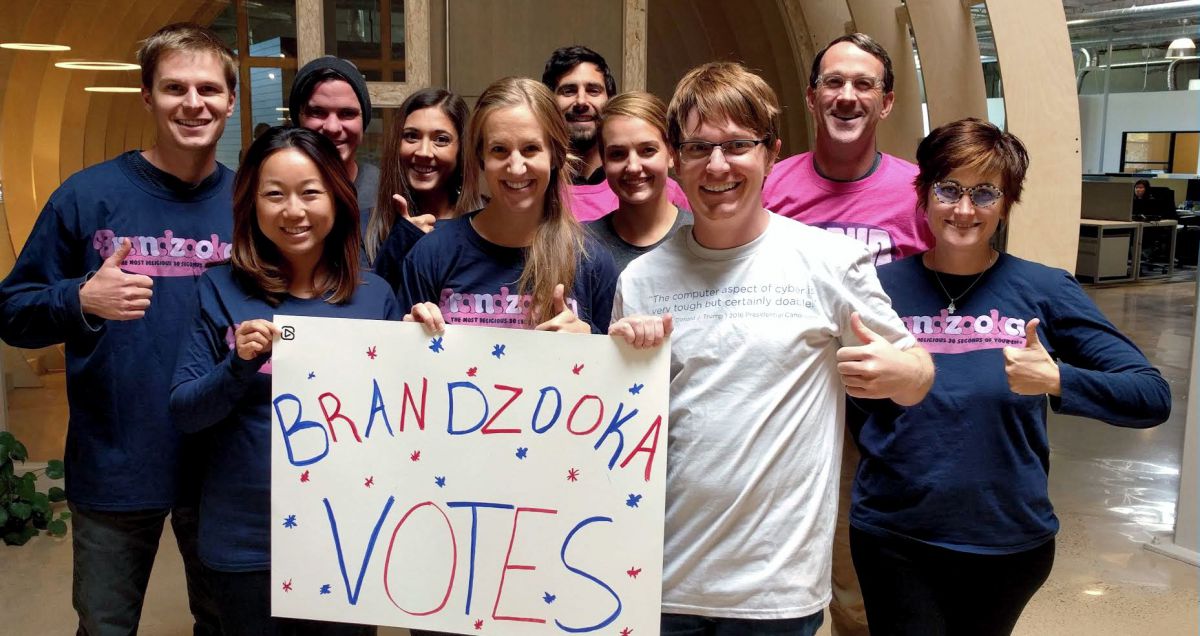 Brandzooka's mission is “Creating a world where the size of your idea should matter more than the size of your budget.” It is our belief that every voice matters and it is that belief that drives us day in and day out to empower millions of small and not-so-small businesses worldwide.

There is no clearer practical representation of this belief than the act of voting, and we think it's a shame that election day is not a federal holiday. We believe that election day is a day to celebrate and engage with our family, friends and neighbors and collectively embrace, celebrate and shape our future. Also, we wanted to make 100 percent sure no one in our team spent the next four years bitching about the outcome only to say that didn’t have time to vote, because we hate whiners and sore losers. 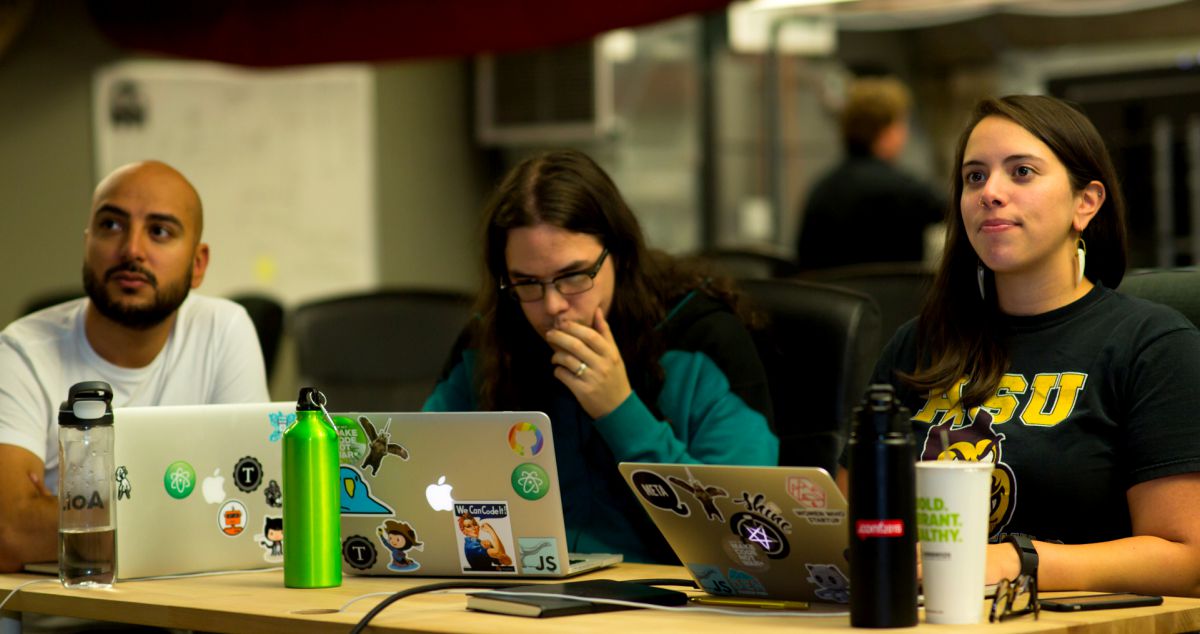 Turing School of Software & Design
View Profile
We are hiring

As an organization, we believe the engagement with politics and government is a critical part of citizenship. We work to cultivate this engagement in our students and staff. Even in a state where early voting is prevalent, we want to create opportunities for our 180 staff and students to participate in Get Out the Vote efforts and, of course, cast their own ballot. Generations fought difficult battles to get us this privilege. Sacrificing a day from our normal work is the least we can do.

Response from Jorge Téllez, Director of Growth and Operations

We think that we have an obligation to contribute to the democratic process as members of this community, especially as a nonprofit. The future of this country and the policies that will define the lives of millions are way more important than a couple of hours at work. 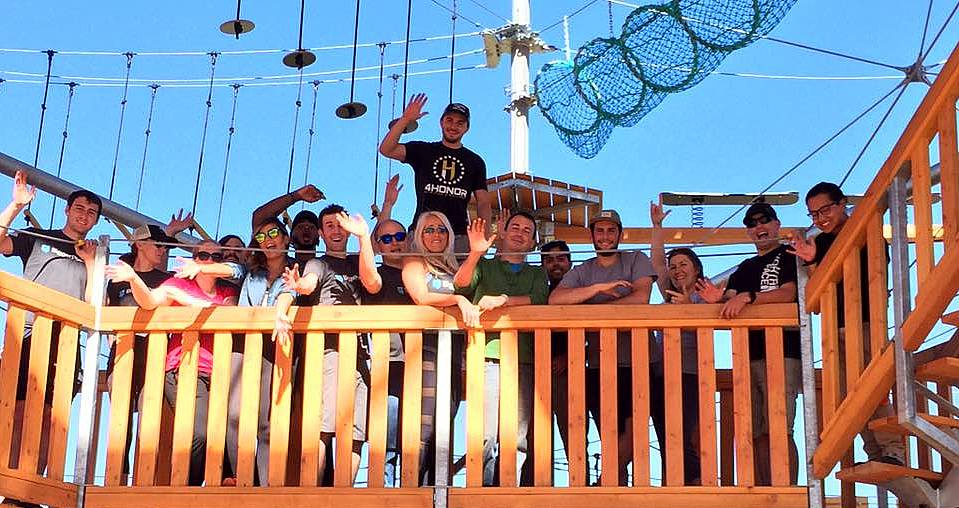 BiggerPockets
View Profile
We are hiring

Joining the Take Off Election Day Campaign was an easy decision for BiggerPockets as it directly supports our core values, our CEOs’ passions, as well as our team’s lifestyle. One of our values is “doing right by our team and community.” We encourage giving back in many ways and one way is being active members of our communities.

Our CEO and Founder, Josh Dorkin, strongly believes in the importance of voting on election day. He initiated the day by communicating to people that, “Voting is a chance to participate in our political system and voice your support for public policy and government. It is important that your voice is heard.”

We are an employee-driven company and know that people who work at BiggerPockets have full and exciting lives. For this reason, it is important to provide needed time to vote. Even though we are a mail-in ballot state, we feel it is important to allow ample time for people to exercise their right to vote. 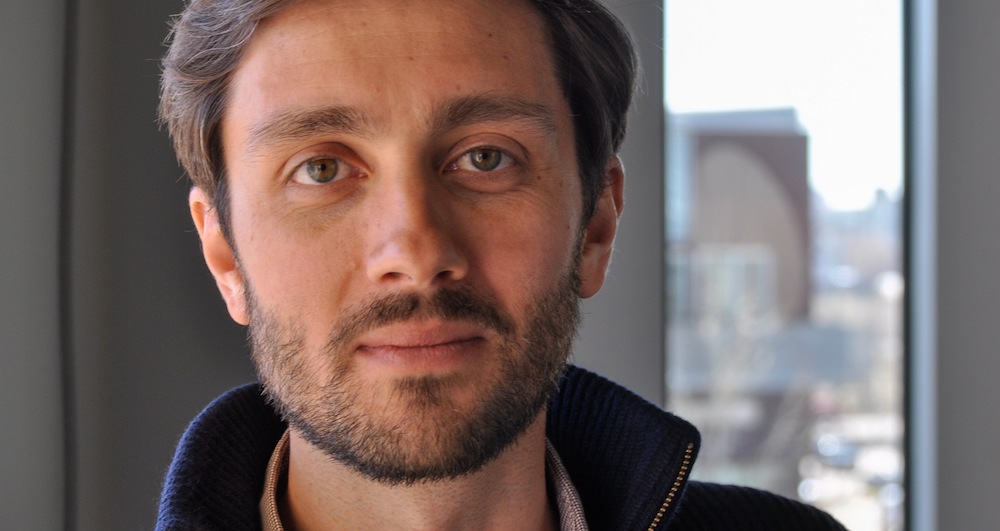 Did you know that Colorado is in the bottom quartile in terms of funding our schools? At Schoolrunner, our mission is to give teachers better technology so they can improve outcomes for students. Without adequate resources, schools are forced to cut back on art and music while teachers get stuck doing tasks manually that technology automates in other industries! Voting is one way we can try to increase equity and improve quality across our education system, not to mention fulfilling our duty as citizens to make our voices heard. Plus, Colorado makes it so easy to vote compared to the long lines and archaic voting booths I used to have to brave in New York City!

TeamSnap, as a company dedicated to easing the pain points for youth sports coaches, managers and club admins, has always been committed to the philosophy that people should be actively engaged in their communities. We extend that community engagement priority to our own people. We encourage everyone in the company, for example, to volunteer and coach their own teams. Encouraging employees to discharge their vitally important civic duty and vote is completely consistent with this philosophy. Although we guarantee unlimited vacation for employees, we wanted to really drive home the point by giving employees Election Day off. 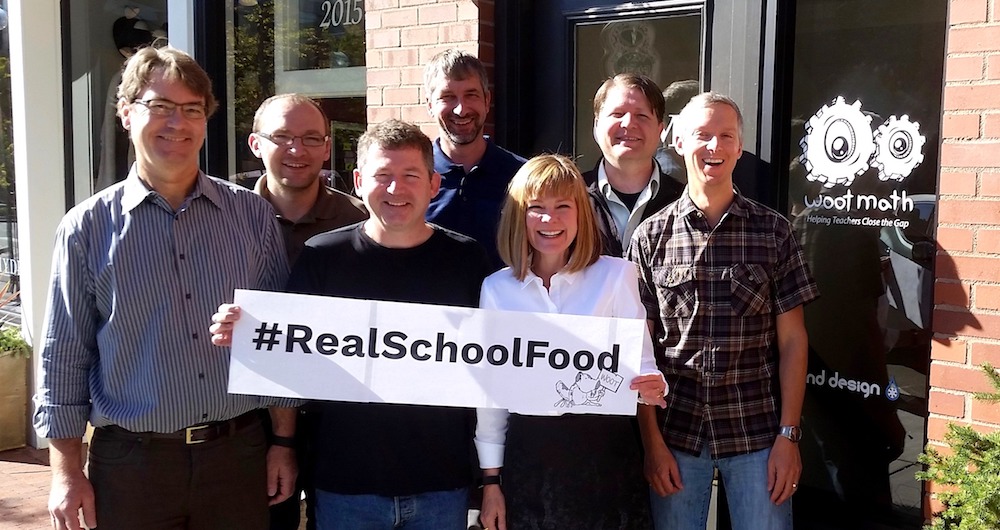 Our most important right as Americans is our right to vote, but it has become a sadly overlooked right. Only 36.4 percent of Americans voted in 2014, the lowest turnout since the Census Bureau started collecting data. Too many of our voices are not getting heard in the context that matters most. For this reason, Woot Math is proud to give our employees time off on Election Day and to join the chorus of voices on Take Off Election Day. We believe it is possible to transform Election Day into a celebration of what truly makes America great. A day to review the issues, read about the candidates and talk with our families and friends. A day to ensure all voices are heard. 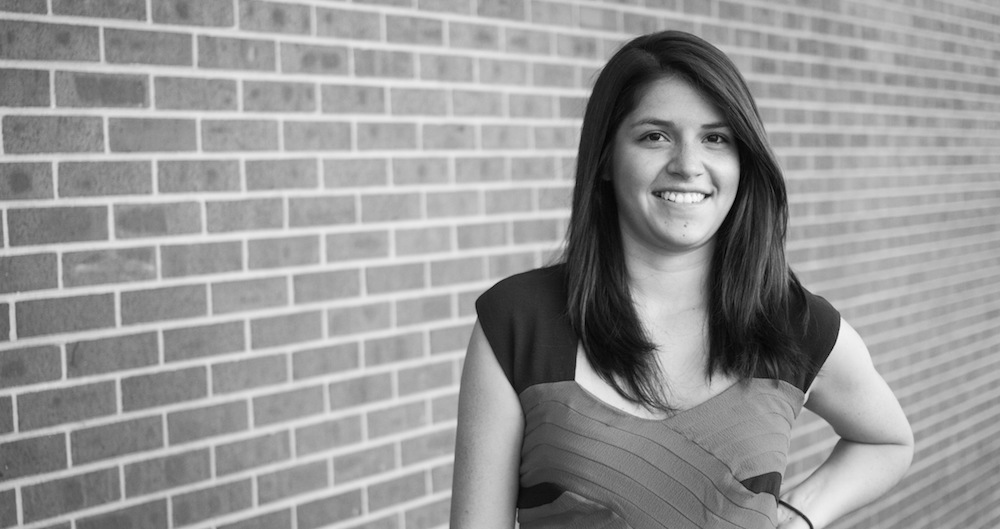 From the inception of Revolar, we have had a true passion for advocating for people to be part of the story, whether that is the story of Revolar, their community or the future of this amazing country. We give Election Day off to provide them the time to exercise their right to vote and encourage their participation in making a difference. 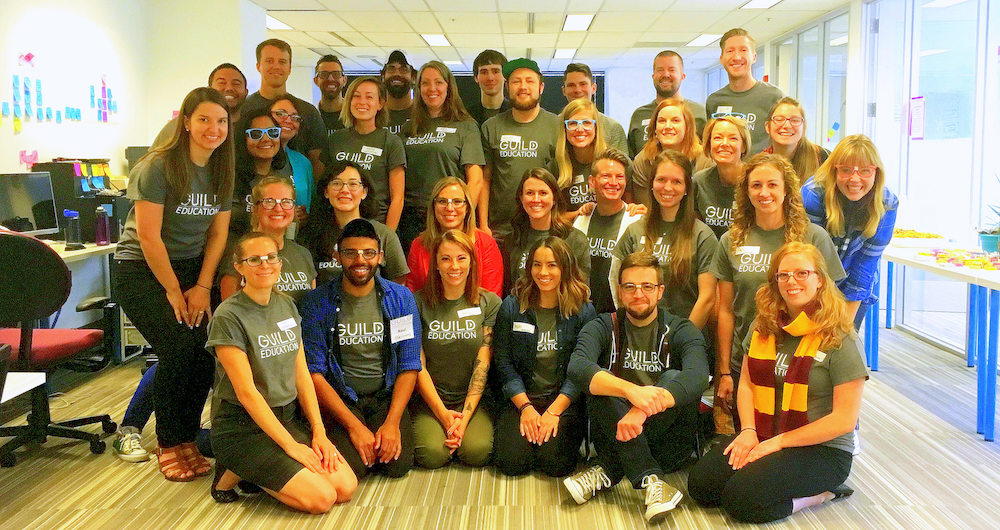 I was excited to sign the pledge on Guild's behalf a few months ago — below is the message we sent to our team. Also, we're hosting a non-partisan voter info session discussing the down-ballot races and initiatives here in Colorado for our team and the broader tech community on Oct. 28 at noon at our offices at 999 18th St. People can RSVP to [email protected].

I wanted to share with you all that I recently signed a pledge with hundreds of other tech founders to encourage our team to take time to vote this year. It's something that's incredibly important to me and to the work we do. And if we're being real, it's my favorite holiday of the year.

To be clear, this is a strictly non-partisan effort at Guild. More importantly, we are a civic-minded startup, and it's important that all of us take part in the civic process of voting this election with LOTS on the ballot that impacts us, our work and most importantly, our students.

So, a few things I want you to know: 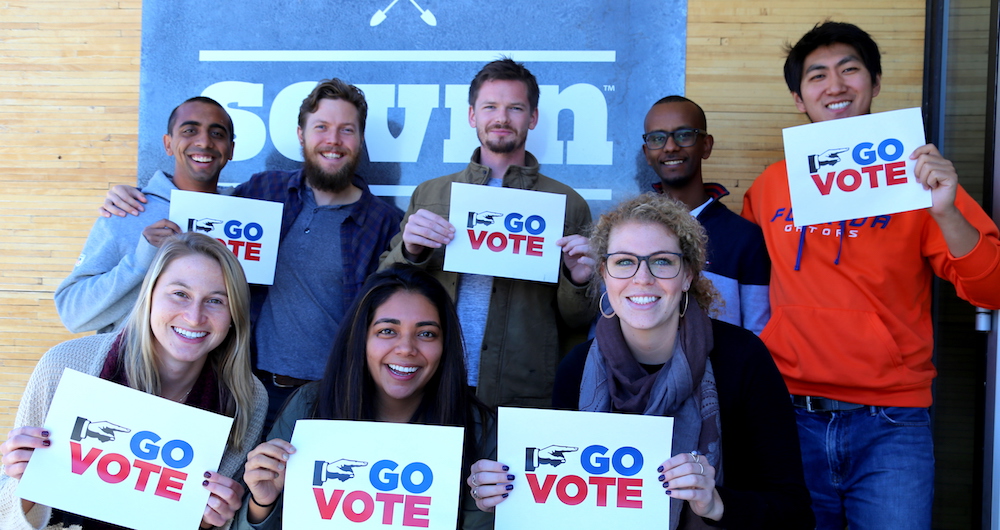 Sovrn
View Profile
We are hiring

Sovrn believes that participating in the voting process is an important part of community engagement, and as a result we want to ensure our employees have the flexibility they need to be part of that process.

Some responses have been edited for length and clarity. Photos via featured companies.