B for Belonging: How Evolve Lives Its DEIB Efforts Every Day

Care is in the details at Evolve, whose leadership compassionately seeks to foster belonging in moments big and small.
Written by Jenny Lyons-Cunha

It may be impossible to harbor a bad mood when the opening bars of “Good Day” by Nappy Roots hit the air, bluesy and bright. Rapper R. Prophet's warm, raspy voice cuts through the sparkling piano riff:

The tune is inspiring, and Katelyn Griffen, DEIB & community manager at Evolve, knows it. 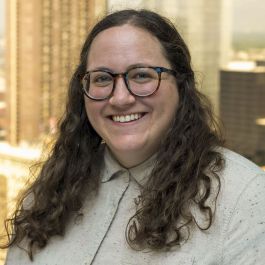 “‘Good Day’ is one of my go-to songs during Evolver onboarding; I like to open new meetings with great music to get everyone loosened up and thinking,” said Griffen, who is known as KG to her colleagues. “Plus, it always makes me feel at home to have a quick dance party with the team. We like to get the blood flowing.”

To demonstrate, Griffen interlocked her fingers and executed a pristine wave from elbow to elbow — a gesture that was met with laughter from Chief People Officer Alison Meadows.

Evolve is a vacation rental company on a mission to make vacation rental easy. But the driving force behind Evolve’s work is inclusive hospitality. “All Are Welcome,” reads Evolve’s website. “We welcome all guests, owners, partners, and vendors without regard to race, color, religion, national origin, disability, gender identity, sexual orientation or marital status — there’s simply no room for intolerance in our homes.”

After the grooving dies down on day two with her onboarding groups, Griffen shifts gears, encouraging the fledgling Evolvers to ask themselves a heady question: Who am I?

“It’s a pretty hefty question to ask somebody on their second day of work, but it sets the tone,” Griffen said. “We want you to be comfortable sharing who you are.”

Griffen is the manager of DEIB: diversity, equity, inclusion and belonging. Even brief interactions with her reveal that she puts an immense amount of care into the day-to-day details — from offering Zoom chat as an equitable sharing tool to heading up employee resource group (ERG) launches. Having spent six years with the company, Griffen speaks on the minutiae of the Evolver experience with disarming zest.

“We hear from people of color, parents and caregivers, caregivers for fur babies, members of the LGBTQIA+ community, folks living with disabilities and Evolvers from over 30 states,” Griffen said.

“I always start by answering the ‘Who am I?’ question first,” she said, explaining that she’s curious, a lifelong learner, a servant leader and a member of the LGBTQIA+ community. “I’m here to listen and create a safe space from the jump.”

The concept of safe, inviting spaces is part of the company’s philosophy. Anchored in the hospitality industry, Evolve has forged its mission around creating welcoming environments for guests and employees alike. The company’s “All Are Welcome” ideology — once an external-facing campaign — has been inverted to foster inclusivity for Evolvers present and future. 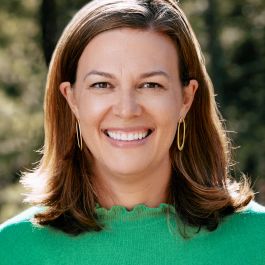 Meadows explained: “The philosophy was originally designed as a tool to support teammates when they interacted with homeowners or guests, but we saw the opportunity to incorporate the mindset into the Evolver experience as we talk about who we are — and who we want to be.”

Peruse the roster of CEO Action for Diversity & Inclusion — a massive CEO-driven initiative to advance workplace DEI — and you will find Evolve, tucked under the “E” tab, among the 2,200 other companies whose leadership has committed publicly to inclusion. The growing collective places emphasis on creating actionable strategies for investing in workplace diversity. “Putting our commitment into writing makes the accountability that much stronger,” Griffen said of joining the coalition. Ninety percent of CEO Action members report that they are actively expanding their DEI education and programming.
They're Hiring | View 20 JobsEvolve is Hiring | View 20 Jobs

The conversation around who Evolve wants to be is one in which all voices are heard. Early in their career, Evolvers attend a Q&A with CEO Brian Egan. He tells them: “You’re not here to fit into our culture. You’re here to shape it.”

“We empower our team to mold the culture by bringing their authentic selves, and KG sets them up for success in that endeavor on day one, two and three,” Meadows said, as Griffen mock-waved away the compliment.

“All Are Welcome” isn’t the only beating heart behind Evolve’s compassionate culture. Meadows is most drawn to the simplest company Value: Care.

“I’ve felt that care in every interaction I’ve had here since the beginning of my interview process,” said Meadows, who has been at Evolve for well over three years.

Meadows joined the team knowing there was work to be done. “As a starting point, the leadership team was all white men wearing the same shirt on the website,” she said. Yet Meadows also celebrated leadership’s commitment to doing the work alongside her.

“It was clear there was a good, good foundation to build upon,” she added, leaning forward. “And we’ve seen that come to fruition over the last three years.” 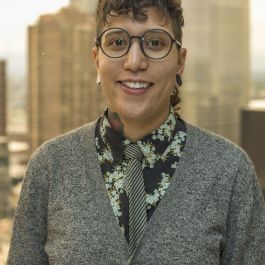 At Evolve, that sense of fruition can be seen in both representation and transparency. The earnest communication around work accomplished and work left to be done isn’t reserved for C-Suite heart-to-hearts. Instead, Evolvers of every level are privy to the organization’s larger DEIB goals. This radical brand of openness struck Mallaury Odom-Neely, manager, quality assurance training, in their early days with Evolve.

“My manager has always acknowledged, ‘Yes, we still have some work to do,’” Odom-Neely shared. “But it’s happening: I actually see diversity in the front lines. We’re seeing representation in leadership throughout the organization — and it makes a difference.”

Both Griffen and Odom-Neely grin when introducing Evolve’s mental health ERG, Mental Floss — “It’s just really clever,” said Griffen. One of many ERGs within the company, the employee-driven group helps normalize mental health conversations between colleagues. “Just talking about your feelings can help you feel less alone,” said Odom-Neely, who noted that they feel just as supported by their manager.

As diversity takes root within the company’s ranks, Meadows, Griffen and their respective teams seek more opportunities for alignment and community-building. The birth of employee resource groups (ERGs) has been monumental for Evolvers like Odom-Neely. The quality assurance training manager revels in the sense of empowerment they’ve found in Evolve’s LGBTQIA+ ERG, where they recently appeared on “Ask Me Anything” panel in celebration of Pride Month.

“People like me — a Black, multiracial, trans, non-binary person — don’t often get the platform to share these experiences on their terms,” they said with a swell of emotion in their voice. “Even the CEO came to listen to what we had to say.”

“It can feel like coming out all over again,” Odom-Neely said of the occasion, “But it was so liberating to share alongside my peers in a one-hundred percent non-judgmental environment — I felt completely not alone.”

Forbes recently defined belonging as “the intersection of DEI and engagement,” noting that even the most well-intentioned DEI efforts can fall short if employees don’t feel that they belong.  At Evolve, Griffen is the first to step into the DEIB role, which she assumed less than a year ago. “These values have always been a part of us,” Griffen shared. “But having a formalized role helps us put structure and strategy behind those values and be louder about our commitment to them.” Griffen hopes her role eventually expands into a team that continues to welcome Evolvers of all walks.

Asked where they find belonging at Evolve, Meadows and Griffen didn’t know where to start.

“Oh boy, how do I pick just one story?” Griffen said, with a sigh.

“I like when KG answers first, because she crushes it, and I can just say, ‘Ditto!’” Meadows chimed in. “But I’ll start.”

One of Meadows’ proudest accomplishments at Evolve is launching Building Hospitality, Evolve’s social responsibility program that gives back 1 percent of bookings through Evolve.com to partner with local organizations in Evolve’s rental markets to make homes safer and more accessible for residents in need, sometimes after natural disasters.

“We focus on hospitality every day for our guests, and we wanted to foster that hospitality for underserved and impacted communities,” Meadows said.

In late 2021, the Marshall Fire tore through Colorado, destroying over 6,200 acres and 1,084 structures. One of those structures was Meadows’ home in Louisville, where she had lived with her family, including a “hubby and two kiddos,” for nearly 20 years.

“It was heartbreaking, yes,” Meadows said. “But the proudest moment was being able to care for the community around us, one that’s so near and dear to our heart.”

Building Hospitality had the opportunity to give back close to home, and succeeded in helping the community repair itself by generating over $100,000 in donations for the Boulder County Wildlife Fund.

Words can’t hold the gratitude Meadows feels for the safety and health of her husband and two sons — one of whom is “the honorary weatherman of the people team,” said Griffen — and for the opportunity to see her company’s care in action.

“It’s never about what we’ve done but about continuing to expand the impact we can make,” Meadows said. “KG may stay here forever, but whether you spend one year or ten years here, we want you to leave Evolve feeling like you’ve made a difference.”