A Runway for Creativity: Cin7 Employees Are Launching Ideas and Steering Their Futures

Adages like ‘bring your whole self to work’ are compelling employees to work on projects they’re inspired by, leading to cross-departmental moves and promotions.

When Gagan Rayat joined Cin7 as a customer success manager in November 2021, he didn’t realize his background in fitness and meditation would be quickly put to use on the people and culture team’s global wellness initiative focusing on the well-being of the “whole employee.”

Just weeks after Rayat started, he was leading Zoom-based wellness activities with his team in Auckland, New Zealand — diminishing any concerns about getting to know his colleagues in a virtual environment. Several months later, he was leading workouts for local team members in the office carpark, and employees from all nine of Cin7’s global offices were participating in workout sessions via Zoom. 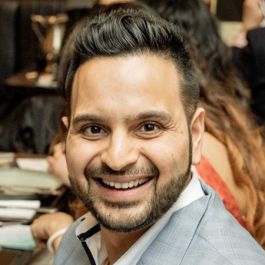 “I enjoy every opportunity I have to help out in that space because that’s my passion,” Rayat said, who’s often referred to as the company’s well-being champion. After years of teetering between work in the wellness industry and in IT, Rayat landed a role that allows him to pursue both interests while developing his skill set in a new area.

“I knew I did not want to be the technical guy, but at the same time, I wanted to see myself associated with it,” Rayat said. Interested in the solution Cin7 was providing — streamlining inventory management for retailers — he reached out to Cin7’s talent acquisition manager, Robert, who he used to coach at the gym. Based on Rayat’s fitness experience and passion for helping others, Robert identified his potential alignment with customer success.

In less than one year, Rayat has found numerous ways to contribute to the Cin7 team and company culture. He’s also making cross-departmental moves, recently joining the sales team as an account executive.

“At other companies, you have to leave that company to go into a different role,” Rayat noted. Instead, the company’s leadership team encourages employees to explore their interests and develop new skill sets. “There’s always something happening here — people moving departments and getting promoted,” he said. “That’s a sign of our growth.”

Opportunities to build and create

With many retailers looking to move away from legacy systems and toward inventory management solutions that increase efficiency and lower costs, Cin7 is in a growth phase — but it’s not a startup. With 400 employees and private-equity-held status, it offers a stable foundation for employees to build their careers. Similarly sized companies often feel limits on creative potential due to the constraints of their operational structures, but Cin7 continues to empower employees to paint in the white space to define new areas of opportunity and ways to make their own impact.

“One of the things the leadership team has done well is allow a lot of runway for creativity,” said Andrew Cooper, global director of sales operations. “I’ve been a part of other organizations that don’t have the same kind of agility or flexibility.” 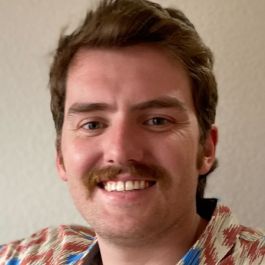 Cooper paid close attention when two of his former colleagues took positions with Cin7. “They were folks who I knew had initiative and drive. They weren’t just jumping roles — it was actually about a culture, about building something.”

He saw their success and decided to join the company a year ago as the global manager of sales operations; he has since been promoted to global director of sales operations. He is currently working on a new program that involves sales training and enablement to implement best practices and ensure his salespeople have what they need to be successful.

“There’s a lot of gray area and a lot of opportunities to improve on or build new processes,” said Kinley Shotts, partnerships senior operations manager. Shotts joined the company as an implementation specialist on the onboarding team, a role she stayed in for eight months before transitioning to the partnerships team.

There’s a lot of gray area and a lot of opportunities to improve on or build new processes.” — Kinley Shotts

“One project I’m helping to implement right now involves updates to our new hire buddy system.” Based on Shotts’ own onboarding experience and the experience of new hires on her team, she noticed some opportunities with the program and brought her ideas to the people team. 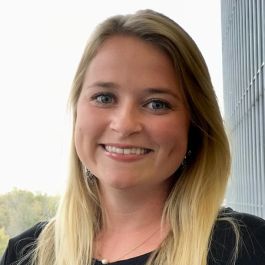 “Here at Cin7, everyone has an opportunity to author our story, contribute to our journey and to build our culture,” Shotts said. “I teamed up with several colleagues to establish guidelines for what makes a good buddy, who’s qualified to be a buddy, the meeting cadence and points of engagement between the new hire and the buddy.”

The revamped program will soon roll out globally and aims to improve the employee experience — a priority that’s always on the minds of Cin7’s people-first leadership team.

Making room for organic connections, both locally and globally

During her job search, Shotts had more than one offer on the table to consider, but the decision was simple. “I was really impressed with how approachable the leaders and the folks I interviewed with were.” She interviewed with SVP of Sales Frank Nardi and hit it off. “I think that conversation is what pulled me over the line,” Shotts said. “He’s still one of the leaders that I work with every day.”

Rayat noted that, across the company, Cin7 employees are building authentic and meaningful relationships. “Just the other day, I was having lunch in the cafeteria and our CEO David Leach came over to congratulate me on my move to the sales team and shake my hand,” Rayat said. “That doesn’t happen in most companies. It’s very cool to me, and it contributes to the atmosphere here.”

Opportunities to connect are often “in the moment” and occur at a regular cadence, instead of formal company events. “Sometimes a holiday party is the only event you get at an organization, and it feels like you have to dress up and impress everyone,” Cooper explained. He and Shotts work in the Denver office, and he said they’re regularly “meeting up for lunch, meeting up for a happy hour, going to a ball game since we’re close to the stadium where the Colorado Rockies play. We’re creating opportunities to connect with people during low-pressure social outings.”

Cin7’s Super 7 Squad meets regularly to organize social activities for their local teams, such as game nights, table tennis competitions and hiking trips. Rayat is a member of the Auckland Squad, which recently hosted a Christmas in July event. Shotts is on the Denver Squad, and helped plan a donation drive and a Pride Month celebration this year. “It’s fun to be a part of that,” Rayat said. “Everyone has a say, and you’re able to add value for employees.”

It’s easier for most to develop organic relationships in person, but Cin7 also finds opportunities for global connections, from the Zoom workout sessions Rayat has led, to all-hands meetings that bolster alignment throughout the company in collaboration and support of the Cin7 global People and Culture team.

“We recently had a virtual baby shower for a coworker in the UK before he left on paternity leave,” Shotts said. “We completely surprised him as he welcomed his new son. It was really great!”

It’s these authentic moments of connectedness that separate this established organization from sterile corporate cultures. But connections alone don’t create a thriving culture — it takes a company that lives its values and walks the talk.

Not just checking the box on company culture

“A lot of companies talk a big game about culture,” Cooper said. But the actions that follow don’t always enable employees to live the type of culture that’s promoted. “This is the only organization I’ve seen that truly lives its values.”

Prioritizing work-life balance, for instance, can be an easy claim for a company to make. “Sometimes companies will provide 50 percent off a gym membership or vouchers as a perk,” Rayat said. “They just want to tick that box.” But if employees aren’t encouraged to participate or don’t have the time to enjoy the benefits offered, it’s ineffective in contributing to a positive culture.

At Cin7, demonstrating the ways this work-life balance can be achieved starts at the top. When executive team members take vacation, they’re not checking emails. “They’re communicating when they’re taking time off and setting an example for others,” Cooper explained. “Whether it’s our 30-day work-from-anywhere benefit, a team event or a cultural pillar that we have in place, everyone from the CEO to a new hire has the same access and expectations.”

Establishing this equal playing field and remaining aligned with the company’s values has helped to create an environment where all employees, no matter their role or tenure, can tap into their creativity and identify new opportunities for themselves and the business. “Whether it’s building a new function, implementing core practices or bringing on more employees to support a broader set of initiatives, our leadership team is always receptive to new ideas,” Cooper said.

Now in a leadership position himself, Cooper is able to act as a sounding board for his employees, providing the type of guidance he once benefited from. “We’re definitely going to pressure test some assumptions,” Cooper noted. “But the default here is to not stifle creativity or put progress in a box.”

As Global SVP of People and Culture Jorunn Cloutier told Built In, “We are at our best when we can find an environment that encourages the intersection between inclusion and innovation. When we can bring our whole selves to work, we foster an environment that encourages our greatest asset — our people — to thrive.” At Cin7, everyone has a chance to develop something, to use their skill sets and passions to make an impact, and to move the company forward.

“If you’re comfortable taking risks, okay with making mistakes and bringing your authentic self to work every day, this is a culture to really thrive in,” Cooper said. “Ultimately, everyone is here to support you in an authentic culture supported by people-focused leadership.”