To Facilitate Trust With Customers, Ontra Recruits Former Lawyers — And Helps Them Thrive in Tech

There’s no one better for asset managers and legal professionals to speak to about their time-consuming administrative processes than someone who can say, ‘I’ve been there, I’ve done that and I want to show you a better way.’

Fifty-four. That’s the average number of hours a lawyer bills each week, according to a survey by Bloomberg Law. In their busiest weeks, 20 percent of lawyers report billing more than 80 hours — and that doesn’t include their non-billable hours.

From early mornings reviewing cases to late nights catching up on tedious administrative work, an always-on mentality for legal professionals is often expected — especially straight out of law school.

“I was really focused on working 24/7, and I loved that grind at the time,” said Alexandra Sayre, now a director of sales at Ontra.

But things change. Priorities shift. Reflecting on her last four years working at firms in secured finance, she said, “I missed a lot of family events, trips with friends and big milestones that I couldn’t celebrate because I was working all the time. I can’t say there was one big moment that made me decide to make the transition — I think it was a lot of smaller moments that ultimately helped me realize that BigLaw was not going to be sustainable for me.”

Seeking a new role, Sayre applied to an in-house counsel position with Ontra, but the company’s Senior Legal Recruiter Lindsey Baumler called her to discuss another opening — on the sales team. 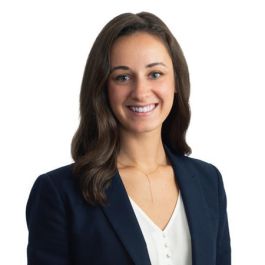 Figuring she had nothing to lose, she decided to explore the opportunity. “As I started talking to more people at Ontra, many of whom were prior BigLaw lawyers, I was hooked,” she said.

Ontra’s recruitment of BigLaw professionals for sales and account management positions is “a very strategic decision,” explained Baumler. “It’s a really unique opportunity to help people realize there is something out there, aside from legal practice, that doesn’t discount their legal education and career.”

For Nat Ducena, a director of account management, the opportunity came at the perfect time. “I appreciated my time as a transactional attorney, during which I drafted up contracts, but I ultimately felt that my goals and calling were to get more involved in the business side,” he said. Ducena knew he eventually wanted to go into business, and as he reflected on priorities during the pandemic, he decided to take action and apply to an open role with Ontra.

Ontra’s leadership knows that making the transition from BigLaw is not a decision to be made lightly. “Law school is not cheap, and investing in a legal career is not for the faint of heart,” Baumler said. “Lawyers are badasses.” That’s why she prioritizes conversations with each candidate to explore how they feel about making the move — what they’re nervous about and what this new career would look like for them. “I want to make sure they’ve thought about it and feel confident in their decision,” she said.

HIRING WITH CANDIDATES IN MIND

Ontra’s thorough recruitment process, which incorporates conversations with many people across the company, has led to over a 90 percent retention rate among those who have transitioned from BigLaw. “Everybody at Ontra is so willing to chat with anyone who has questions, reservations, or wants to know more about making the switch,” said Baumler.

Coming from a law firm herself, Baumler worked in the alumni relations department, which gave her “the legal knowledge of how to talk to lawyers and what the value prop would be for them to leave their practice to join Ontra.” For BigLaw professionals who decide changing careers is the right move, getting behind what the company does is easy.

It’s no secret among legal professionals that the industry is a bit archaic, often relying on time-consuming, manual administrative processes. That’s what the team at Ontra is trying to change. The company is automating document processing and abstracting for the private equity, real estate and infrastructure sectors by bringing together a sophisticated, AI-backed platform with an on-demand network of over 500 freelance lawyers. It allows both clients and law firm associates to gain back time — and no one knows the value of time better than professionals who have worked in that environment.

“When I was practicing, my colleagues and I would be working on documents at 2 a.m. after it felt like we had already billed a million hours that day, and naturally, our work was prone to error because of how exhausted we were,” Sayre said. “But now I see the value that Ontra provides by being capable of handling a lot of those types of documents through a really efficient method outside of the billable hour.”

Sayre’s understanding of Ontra’s solution — and how it increases the efficiency and accuracy of work she previously lost sleep over — makes it easy for her to discuss with fellow legal professionals. “It’s very noticeable when prospective customers understand that we’ve done what they’re doing,” Sayre explained. “I think it makes them feel really comfortable that we’re not just saying we know how they feel, but we actually do know.”

Ontra provides in-depth training sessions and materials to get new hires up to speed. “As you’re transitioning from being a lawyer into a sales role, there’s a lot to learn about how to manage your day to day,” Sayre said. From the tech stack — which is significant compared to what’s used at a law firm — to the private equity market, she said she felt supported at every step.

When speaking with clients, Ducena said it was “most important to have empathy — know what they care about, what they’re worried about, and be able to distill issues and communicate in a way that they understand.” Furthermore, being tuned in to the industry allows Ducena to stay abreast of his clients’ challenges. This has helped him build relationships and establish trust.

It’s through that trust that Ontra is working toward evolving the industry in a foundational way, aiming to create a better work-life balance for legal professionals. It’s a circular concept — experienced legal professionals are leaving their BigLaw careers often due to a poor work-life balance and transitioning to roles at Ontra in which they work toward changing what had long been the status quo.

In fact, Baumler said the flexibility offered at Ontra is “a huge value prop for lawyers.”

Get Alerted for Jobs from Ontra

Encouraging time away from work starts at the top

When taking time off at her old law firm, Baumler said, “It was one of those unspoken rules to bring your laptop just in case.”

Having only worked at Ontra for a few months, Baumler said she was nervous to broach the topic of disconnecting during an upcoming weeklong trip. “I volunteer at a summer camp for kids who have lost a parent or sibling,” she said. “The kids are not allowed to have devices, and they encourage the counselors to disconnect as well.” 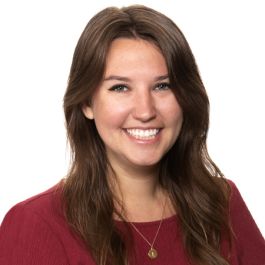 When Baumler spoke with her manager, she received a lasting impression of Ontra’s empathetic culture. “I will never forget her looking at me and saying, ‘If you were online during this week, I would be very concerned. Please do what you need to do to completely disconnect. If that means you want to delete apps from your phone, please do so.’”

The company trusts the team to get their work done and to manage their time accordingly. If that means a midday workout or blocking certain afternoons to go to their kid’s T-ball games (as evidenced on the co-founder’s calendar), go for it — there is flexibility. The company provides a leadership model that encourages employees to value their time.

“It’s very much a top-down mentality here,” Ducena said. “We’re trying to reinforce the idea of freedom for both our employees and our legal partners.”

We’re trying to reinforce the idea of freedom for both our employees and our legal partners.”

Building company culture intentionally while on the clock

With remote employees across the globe, Ontra creates opportunities to develop connections and relationships that are not just anchored in work. Via Slack, team members at Ontra participate in Donut calls, which randomly pair several employees from different departments.

On a recent call, Baumler mentioned her upcoming trip to Colombia and quickly learned that both the R&D and account management team members on the call had visited the country. Likewise, Sayre spent one Donut call discussing a shared love for food — specifically, cheesesteaks.

These opportunities to connect are Ontra’s “water cooler moments,” Baumler noted. “People trying to hang on to in-person work make it seem like those opportunities are not possible in a remote environment, but that just couldn’t be further from the truth.” 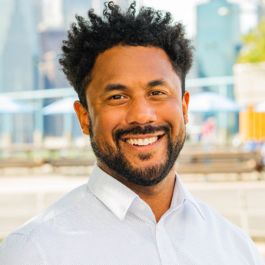 Ducena said he’s had work-related and non-work-related calls with people on all levels, including the CEO and founder, which is not uncommon for employees at the company regardless of seniority. An environment where everyone is accessible and everyone can learn from one another has been intentionally fostered. While Ducena has seen the team triple in size during his year and a half with the company, he said this accessibility has not diminished.

In fact, the sense of equal ground is a cultural element that often attracts candidates. “I never felt like I was treated as anything but an equal in the interview process,” Baumler said. “And that is what I was looking for — I wanted to be in a place where I was valued and where people were open to new ideas and people from all different backgrounds.”

At a BigLaw firm, Sayre explained, “everyone is kind of the same — they have the same personality, the same background, the same desire to grind 24/7.” At Ontra, however, she said the variety of experiences and perspectives make it so “everyone brings something different to the table.”

The company has cultivated a strong remote workforce but acknowledges that opportunities to connect in person are still important. “Our team will get together, usually once a quarter,” Baumler said. “There is a deep commitment to collaborating in person and getting to know each other socially.” For example, this summer the talent and legal partnerships teams met together in New York City, the account management team went to Savannah, Georgia, and the sales team had an offsite at a summer camp in the Poconos.

Whether chatting on Slack or getting together for quarterly in-person team meetings, team members regularly seek opportunities to get to know each other’s backgrounds and build relationships. This often leads to genuine friendships.

Ontra’s friendly culture shines through during the recruiting process, too, Baumler noted. “Even when we’re not able to move forward with candidates, they often keep in touch or refer their friends to us. That’s something that sets our culture apart, not just from BigLaw but from other large and small tech companies.”

Like any growing company, not everything is perfect and there are challenges to navigate. “We’re trying to change an industry that is historically very slow to change,” Ducena said. But he takes pride in knowing that his clients can trust his team and rely on Ontra to do great work — “We make this happen while maintaining our culture and bringing in the right people who are motivated, kind and empathetic.”

“That’s one thing that I’ve really been impressed by,” Ducena said. “We just want to make a difference and do meaningful, impactful work to help drive our mission every single day.”

Get Alerted for Jobs from Ontra
Responses have been edited for length and clarity. Images provided by Ontra.