On the Same Boat: How Mentorship Elevates Engineering Teams

There are many ways to create a positive mentorship culture. Built In Colorado connected with three engineering teams to learn more about how they empower professionals at every level.
Written by Jenny Lyons-Cunha

First attributed to President John F. Kennedy in 1963, “a rising tide lifts all boats” is a nautical aphorism that likens the universal benefit of a great framework — such as a local economy or company culture — to the way the sea evenly lifts the trawlers, bay boats and bowriders on its glittering surface.

Tech companies like Ibotta apply the seafaring concept to their engineering mentorship programs by creating a culture of generous knowledge-sharing that flows easily between departments.

Buenzli advocated for cross-functional mentorship programs like periodical blogs, small workshops and “squad residencies” in which engineers work on a different squad before returning to their original team with a fresh perspective. Such intercommunication disperses expertise and keeps engineers energized in an organic way.

“At its very core, mentorship is learning from one another,” Buenzli said. “A new engineer fresh from boot camp can teach a seasoned veteran about industry trends. The veteran can teach design patterns and lived experience.”

From tug boats to cruise ships, the rising tide lifts all vessels equally — so too do green engineering recruits and seasoned leadership mutually benefit from an open knowledge exchange. Built In Colorado dove into mentorship practices, formal and informal, with Ibotta, Datadog and Sondermind to surface the best tactics for growth in engineering. 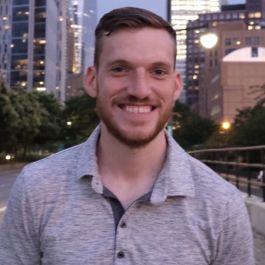 Datadog is a monitoring and security platform for cloud-scale infrastructure and applications.

We partner engineers on projects to foster discussion of technical challenges and trade-offs. The more experienced engineers often provide guidance and flag any potential risks, while the other partners still have a significant stake in the design. All feel ownership over this work, take away new knowledge and can diagnose issues should they arise.

For significant changes, our organization uses a request for comments (RFC) process in which engineers write up a proposal for a solution: the context, constraints and alternatives options. RFCs allow us to align on the problem we are trying to solve and, through feedback from the various stakeholders, we arrive at an optimal solution. These RFCs remain a valuable knowledge base for new engineers to learn and contextualize our system.

Cross-team or cross-organization engineering demos provide a platform to share results and learnings. Outside of these short demos, we have weekly lunch-and-learns where engineers can dive deeper into a particular topic. All of these sessions are captured over time and provide a resource for engineers coming onboard.

One-on-one meetings, even with indirect reports, provide an optimal platform to mentor folks towards growth opportunities. I feel strongly about providing challenging, less-scoped opportunities to folks early in their careers. There is some risk to this approach, but the risks can be mitigated — and it feels absolutely worth it if we can accelerate their growth and maintain engagement.

Recently we had one such case: The employee’s early work successes and engagement on other parts of the job — operations, architecture, product — indicated they were up for more. Working with their lead, we proposed a more substantial challenge. The project had all the components of a hard problem: massive scale, high product value and many technical trade-offs.

This exposed them to all stages of the life cycle: RFC, product requirements, segmenting the work and progressively shipping. A partnership with a senior engineer and reviews from external stakeholders avoided high risks. Thanks to strong design foundations, the project continues to evolve beyond the initial scope. For this engineer, the opportunity has been leveraged into more leadership in the team and beyond.

The ability for the team to mentor new engineers in their growth has paved the way for those same engineers to eventually step into leadership roles.”

One of the reasons I believe so strongly in Datadog’s culture of mentorship is the sheer number of examples of folks who have “grown up” in the company and into positions of leadership themselves. While we hire strong senior engineers, we have continued to hire engineers early in their careers — interns and new graduates — and fostered their growth at the company such that they have been able to take on challenges in their time at Datadog.

The culture of mentorship, combined with unique problems, accelerates the growth of engineers at all stages of their career. Whether they remain at Datadog for many years or just a few, the learnings from these projects will serve them well.

As a company that has grown rapidly in a short time, there has been a consistent need to expand and split teams — which provides spots for folks to step into leadership roles. In my team specifically, the ability for the team to mentor new engineers in their growth has paved the way for those same engineers to eventually step into leadership roles as new teams are formed. 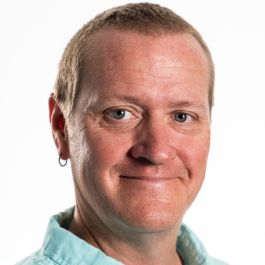 Ibotta is a free mobile shopping app that gives users cashback on groceries and other purchases via partnerships with brands and retailers.

Knowledge-sharing is a job expectation that we set with employee number one. In the early years, it entailed finding a passion area and putting on a lunch-and-learn for the engineering department. That singular outlet didn’t scale across 200 plus engineers — so we’ve broadened the ways that team members meet this expectation with their own personal style.

My favorite way that we encourage mentorship is through squad residencies. There is a formal program where engineers go work on another squad for a term, and then return to their home team. The benefits are enormous. Knowledge is shared both from and with the engineer doing the residency. That engineer then takes the new context back to their squad and everybody benefits. We continue to innovate with new programs like this to ensure that learning remains a core part of our culture.

We recently identified a rising star among the engineering managers. They’re working with one of the best coaches we have, but I thought they could benefit from a different perspective in addition to that of their direct manager. I reached out and offered to provide that perspective, and we now meet every couple of weeks to talk through whatever is relevant at the time.

This situation is not unique or special: It happens all of the time here. I know many recurring one-on-one meetings that transcend reporting hierarchies and are set up for mutually beneficial mentorship.

Last year, I saw a hunger in the leaders in my group to discuss leadership philosophy and theory. This was more acute among those newer to the role, but the desire was universal. I set up a biweekly get together called “Philosophy Friday” for leaders to discuss relevant topics. It generally took the form of watching a quick TED talk and discussing it as a group. An interesting dynamic resulted: Everybody was learning, and title and career tenure were irrelevant. This concept has spread to other groups in the company, and several smaller “Philosophy Fridays” occur on a regular basis.

I set up a biweekly get together called ‘Philosophy Friday’ for leaders to discuss relevant topics.”

Mentorship at its very core is learning from each other.

Everybody has something to teach and share, and you don’t need a formal program to make it happen — although we do have them. It helps everybody grow, and everybody knows that there is an expectation of leadership and mentorship as they continue to advance in their career.

We consciously give engineers seeking to advance chances to tech-lead projects. Engineers on the staff track are given cross-group learning exposure. This has helped the engineering team grow in resilience, knowledge and capability. 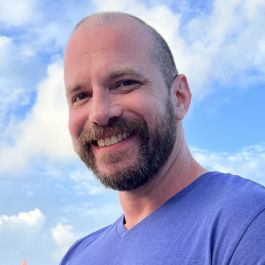 SonderMind is a healthtech company that aims to redesign behavioral health through insured and timely access, increased utilization and data-validated quality outcomes.

A practice that encourages mentorship and knowledge-sharing that my team follows is pair programming. This creates an atmosphere of peer-to-peer collaboration and knowledge sharing.

In my experience, teams deliver higher quality code with less production defects — which is related to higher customer satisfaction on our platform.

A practice that encourages mentorship and knowledge-sharing that my team follows is pair programming.”

I serve as a mentor by giving guidance and direction when needed and challenging them to develop their weaker areas — which allows each person to continue to grow and develop in their careers.

Effective prioritization is an area that can be challenging to software engineers. I work with them on this by giving them the opportunity to pick a side project. From there, I give criteria for size and complexity. I require them to give me regular updates on the side projects and other higher priority work. This gives me the opportunity to guide them as to when they need to step away from the side project and spend more time on the top priority — or when to refocus back to the side project. I have found that this teaches software engineers how to better manage their time and recognize when it is appropriate to shift focus to a different priority.

Creating a culture around mentorship has enabled my team to learn on a daily basis from their peers. It has empowered the engineers on my team to grow professionally by strengthening their skills both from a technical and non-technical perspective. This has also fostered a collaborative team environment: People speak up when they need help, and help others when asked.

The mentorship culture among the team has allowed my team to no longer have a single point of failure. The result? Being able to deliver projects on time while still maintaining work-life balance.