Checkr Is Building the Future of Fair Chance Hiring

As companies in all industries pursue candidates in today’s competitive job market, many are revisiting the role background checks play in their hiring processes. Historically, such checks have been inefficient, often taking two or more weeks to complete — by which time a candidate might already be tempted to give up on the process or even accept another offer.

Enter Checkr, whose solutions utilize artificial intelligence and machine learning to simplify and speed up hiring. The company makes the process more transparent and compliant for candidates who are eager to power through, seal the deal and get to work.

Founded in 2014, headquartered in San Francisco with office locations in Denver and Orlando and valued at $5 billion, Checkr envisions a future in which businesses of all sizes can move job-seekers seamlessly through key stages of the hiring and onboarding process — and one in which fair chance hiring practices enable employers to connect with diverse pools of qualified talent. Such pools include 77 million working-age Americans with criminal records (as per the National Conference of State Legislatures). Through Checkr’s efforts, employers are equipped to reconsider hiring and adjudication criteria while giving these candidates opportunities to add context to their criminal records and discuss their remedial efforts.

According to Carrie Bosworth, vice president of sales, Checkr’s commitment to reducing bias in the hiring process is more than just a moral imperative. It’s also good business.

“We’re the only company that is taking away bias and unblocking candidates in that cycle,” she said. “That’s really important to our customers.”

As the company pursues its goal of empowering businesses to hire fairly at scale, Checkr has thrived with enterprise clients such as Uber, Doordash and Netflix; now, it’s building out its sales organization for mid-market sales, with Bosworth at the helm. Earlier this year, Checkr acquired competitor Inflection and its background-check brand GoodHire as part of its expansion into the small business market, and Bosworth’s growth strategy in this sector involves more than doubling the headcount of Checkr’s mid-market sales org by year’s end.

It’s a lofty goal. Still, Bosworth thinks Checkr’s rapid growth has been not only supported but accelerated by its promise to facilitate fair chance hiring.

“It has been so refreshing to be at a company where our mission truly drives the diverse talent pool,” she said. “What stands out is the importance of diversity, not only in our product, but also in what we’re doing as a company and who we’re hiring. We follow our own mission.”

Both Bosworth and Jack Huettel, senior product manager for Checkr’s verifications portfolio, refer to their employer as a product-led growth company. This aspect of the business, combined with its social mission, was a key factor in their decisions to come aboard.

“Being product first and building for the masses is very invigorating for any product manager in this space, and I’m no exception,” Huettel said. “And at the end of the day, I take a step back and know that, at a higher level, I am driving positive social change.”

Below, Bosworth and Huettel told Built In about Checkr’s push into mid-market sales, the company’s greater good and maintaining a product-led state of mind.

Carrie, you joined Checkr earlier this year. What challenges have you encountered thus far in building out the company’s hiring push in a way that reflects its commitment to diversity?

Carrie Bosworth: We’re growing like crazy. We need to scale and move fast, but we need to move thoughtfully as well. We’re trying to grow and scale in a way we can support, all the way from the product through to leadership, making sure we have the right people in place. Across all different facets of the company, there’s so much opportunity, and we need to keep bringing on the best talent to help us grow. 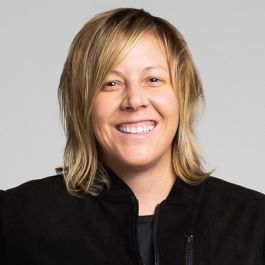 Diversity has been very important to me. It’s not always easy to hire diverse candidates, whether it’s underrepresented groups or diverse thought, but people here care about the fair chance hiring mission. We brought in an executive to lead our corporate social responsibility efforts and Checkr.org, who has deep roots in the fair chance space and was previously justice impacted himself. Fair chance hiring is an important mission and naturally drives diverse interests. It’s been really refreshing. I’ve never seen anything like it.

Now that you’re 100 days into your role, have you had any memorable experiences that convinced you of the sincerity of Checkr’s commitment to this mission?

Bosworth: That’s what every candidate I’m interviewing wants to know. I will say that I think the picture that was painted for me was conservative, not only of our growth opportunity and how diverse the company is, but also of the mission. I started the week of January 18, which wasn’t just the week of a revenue kickoff but a company kickoff as well. So, in my first week, I received  a deep dive into the company, complete with storytelling by Checkr’s fair chance employees. Their stories are unbelievable, emotional and motivational. The work ethic that comes from that group is rather unmatched, because they know what it’s like to have work taken away. 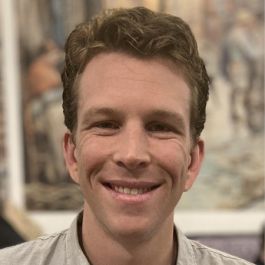 Jack Huettel: Carrie, I remember exactly what you’re referencing. All these individuals that we work with, day in and day out, shared very vulnerable details of their past. Being exposed to those diverse backgrounds has enabled my personal growth and professional career. The quote rings true: check your privilege. Hearing from colleagues about what they’ve been through and what they’ve done to get to where they are now is so humbling.

Bosworth: And at Checkr, we find it to be our responsibility to surface those stories. If you don’t have access to those stories, and you don’t hear them, you may be uneducated and not know what’s really happening. We take it seriously. We get those stories out into the world via webinars and podcasts and continue to iterate on ways in which we can publicize stories and deliver them in a way that is consumable. These are fantastic people, and they’re doing a great job at Checkr. It would be awesome to see other companies take the Checkr fair chance pledge and join us in this mission.

Transparency is key for candidates in today’s job market, but it’s educational within organizations as well. Engineers, especially, don’t always have their stories surfaced, and companies can run the risk of anonymizing them. How are engineers surfaced within Checkr?

Huettel: This is one of many things I really enjoy about working at Checkr. The team of engineers I get to work with is unparalleled. We’re constantly searching to expand our engineering teams with forward-thinking, intrinsically-motivated individuals. As a product manager, it is my responsibility to be able to articulate why we are prioritizing certain features or certain projects. Engineers feel the responsibility to make sure that they’re bought in before going in and building a particular feature. They can and will push back and have very healthy debates to make sure that we are going in the right direction. This naturally gives engineers at Checkr a platform to be recognized, because they’re so involved in not just the execution of new features but the actual inception and discovery.

Jack, can you give an example of a specific cross-functional collaboration at Checkr where engineers stepped outside their silo to assist the product team?

Huettel: We are fundamentally changing how we report different screenings to customers for background checks that they order. On a project like that, there’s a blurry line with where product and engineering responsibilities start and end. Being able to jump back and forth across that line, we have engineers motivated to conceptually understand exactly what value we’re trying to add, then building it in a high-quality way. It’s less, “Just tell me what feature to build, and I’ll go build it.” It’s more, “I trust you’ve done your due diligence. Teach me about what you’ve learned, then we can collaborate to make sure we are moving forward in the best way we can.”

Checkr’s expansion into the small-to-medium sized (SMB) business segment has been accelerated in part by its acquisition of Inflection. How has that acquisition changed things at Checkr?

Bosworth: From an acquisition standpoint, it was a really solid mapping of two companies that have similar corporate values. It’s been a great change on their side as well. They’ve joined a bigger company, covering the full breadth of the market, whereas they were very focused on SMB. On the sales side, they have a view into a career path up through enterprise and strat/named accounts. We’ve moved fast since the acquisition and prioritized the people in the center of our decisions. We’ve taken time as leaders to not only have conversations about how to do this the right way, but also spend time one-on-one in small groups with folks coming over from Inflection, to make sure that everybody understands what their role is going to be, how they fit into the mix and how Checkr aligns with what they were –– and will be –– doing. We’re focused on making sure their customers are wildly successful, now that we have their people in the fold. From a scale perspective, it’s all about working closely with the customers to make sure the transition is smooth and they are supported throughout the process by all members of our team.

In discussing product gaps with customers, what unique needs do companies in the SMB space have, and how has that shifted the product team’s priorities, if at all?

Bosworth: From a product standpoint, we’re always innovating. For example, our customers need professional license verification; working in the healthcare space, different types of verifications are needed. We expect to have that delivered later this year, and mid-market customers are excited about that. When you’re scaling a high-growth tech company, it’s about prioritization. We can’t do everything at once, or it’ll all break. We need to make sure that we’re intentional with what we’re doing and when we are doing it, and at the right scale to deliver the best products and support to our customers while also supporting our growth goals.

Huettel: I’m so excited to work with all of the individuals who came over from GoodHire and Inflection, because they’ve been living and breathing the SMB segment for so long. It comes down to whether we can deliver a simple, efficient and confidence-inducing product for these customers. That’s where SMBs deviate from enterprise clients; a named account will know what they want, and they need a solution to support their needs. SMBs look for Checkr to be the expert. That’s also where we can drive the candidate fairness mission. Checkr has so much sway and visibility now that we have a sense of responsibility to continue to proliferate that mission. We can do it with this segment that we’re going after, while making things as simple and efficient for them as possible.

Bosworth: People are looking for Checkr to be a thought leader in the fair chance hiring space. Everybody wants to do DEI. But are they really doing it, or are they just saying they’re doing it? Checkr’s platform can help you actually deliver on the promise to focus on DEI, which is a huge competitive advantage and a great social mission. We’re iterating on that functionality to help through the life cycle of the entire experience for a candidate every single day and I couldn’t be more excited about where we are headed!