Bonusly has built a culture where people genuinely enjoy coming to work. That’s created a solid foundation for helping other companies do the same.
Written by Adrienne Teeley

Nobody wants to hate their job. And after a pandemic, the Great Resignation and two years of economic uncertainty, it’s become clear that cultivating a workforce where employees feel engaged isn’t just the right thing to do — it’s good business. After all, teams that are motivated are more productive, see less turnover, and innovate faster, all factors that can increase a company’s bottom line.

So, if it’s in everyone’s best interest to create a positive work environment, why do so many companies fall short?

“There were times when I’d look at past employers and think, ‘What you’re doing is really discouraging me,’” Crawford-Marks said. “I wanted to be bought in and to work hard, but the choices they made worked against both of our goals.”

To truly motivate people, Crawford-Marks and the early Bonusly team wagered that they needed to focus on making employees feel valued. Once they felt taken care of, the rest would fall into place.

“When we build products, we really put the focus on the employees’ needs,” Crawford-Marks said. “When employees are happy and engaged, it automatically rebounds into significant benefits for the employer.”

That hypothesis has served Bonusly well. Today, the company has made a name for itself  helping customers forge happier work environments, including household names like Headspace, Chobani and MongoDB.

And while organizations readily turn to Bonusly as experts in culture-building, Built In Colorado was curious about what the company’s own culture looks like. To find out, we spoke to Crawford-Marks, along with Head of HR Vicki Yang and Sales Leader Rachael Maruca. They walked us through the values and processes that have guided their team and created a place where people actually like their jobs.

“I love going to work each day because I’m impacting my team’s lives and employees’ lives at other companies,” Maruca said. “It’s a butterfly effect which makes me really happy.”

How does Bonusly boost culture?

Bonusly’s first product provided employees with a means to give recognition to each other, a simple action that reportedly drives engagement and encourages high performance. The company has also added a second product offering, which focuses on driving meaningful change by allowing leadership to solicit and hear feedback directly from employees.

Tell us a bit about what Bonusly’s culture looks like. 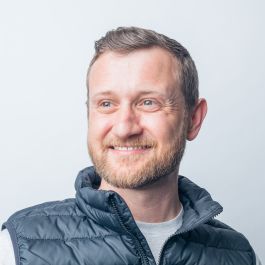 CEO and co-founder Raphael Crawford-Marks: People determine the degree to which a company is successful, so the focus needs to be on creating a culture in which people feel motivated to work and are given the resources, support and feedback to perform at their best.

There are certainly things we’ve done to encourage fun, but we’ve never invested much in ping pong tables or snack bars. We don’t see those as core to loving your job. Instead, we think people have to be challenged. If you have hard projects, you have to believe in what you’re working on and think that the effort is worth it. You need to get feedback that helps you improve at your job so that you feel like you’re making progress. And finally, you need to feel like you’re a valued member of the team, you belong and you’re included. Those are the areas we focus on: purpose, progress and belonging.

Head of HR Vicki Yang: We sell these products to build company cultures and values. And if we’re selling them, we have to be able to live those values, too. I think that’s what keeps us accountable to ourselves, which is a bit meta. We know what we want our culture to look like, so we need to keep figuring out how we get there and scale it as we grow.

A look into Bonusly’s values

Feedback is a big part of Bonusly’s new product. What role does feedback have in your day to day? 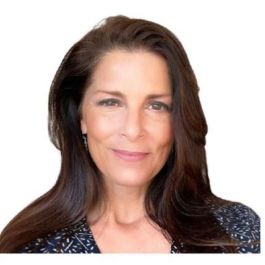 Sales Leader Rachael Maruca: One of my favorite things about Bonusly is the feedback. It’s all one feedback loop, where my managers give me feedback and I give them feedback. We’re all open to it because it’s just a way of life here. I think high-performing teams thrive on feedback because everyone wants to get better all of the time. Everyone’s up for that dialogue and no one's defensive about it because it’s a daily occurrence.

For example, we have weekly team meetings where we’ll listen to a call that a sales rep had. Everyone, including the person on that call, will give themselves positive feedback, and then constructive feedback.

High-performing teams thrive on feedback because everyone wants to get better all of the time.”

Yang: This is definitely one of the better companies I’ve seen with feedback. Maybe it’s because we talk about it so much or because it’s actually part of our product itself, but when you give and receive that much positive feedback, it makes it easier to take the critical feedback, too. Giving critical feedback can still create discomfort, but there’s also a strong external focus around finding what problem we’re trying to solve and how we can solve it together.

Remote-first with a thriving culture

Since becoming a remote-first workforce during the summer of 2021, Bonusly’s culture has continued to grow significantly. Thanks to thoughtful initiatives, organized with employees’ preferences in mind, people genuinely enjoy participating in events. “The company creates space to be intentional about building connection points, whether it’s an after-work social hour or a daily Slack challenge,” Yang said. “Bonusly’s product itself also helps us celebrate what we’re seeing each other do.” The move to the remote-first model has also allowed Bonusly to tap into more diverse talent pools, a move that Yang said has only enhanced the company’s culture and inclusivity.

Diversity, equity and inclusion are part of Bonusly’s core values. What do these values look like in practice?

Crawford-Marks: DEI is one of our core values, and it’s been something we’ve prioritized early on. Our approach has been to set goals we can measure, look at our processes and be in conversation with our employees about what it actually looks like to practice DEI.

Diversity, equity and inclusion get baked in across all our core processes and policies at Bonusly. I think that’s the way it should be — and it shouldn’t be static. This work is never done. It can’t be a press release or a donation that happens once then goes away. It’s a constant process. I think it’s important to look at our results as data that we can learn from; it helps inform how we can revise our inputs to get better outputs down the road, and hold ourselves accountable to measuring results and taking action based on what we learned.

Our approach has been to set goals we can measure, look at our processes and be in conversation with our employees about what it actually looks like to practice DEI.”

Yang: The only way to combat a lot of systemic issues is to create a process to ensure you’re making decisions in a more fair way. So, for interviewing, for example, we have a rubric and a set series of questions that we ask everyone. There’s not much deviation, so we know we’re measuring everyone on the same scale. We also double up our interviewers, so we can cross-check that we’re hearing the same things. Then, the interviewers have the space to disagree and have conversations about what they’ve heard.

Our starting point for anyone working here is that we know diversity and inclusion is hard, we know racism exists and we know there is inequality. But we are willing to learn. Once people are here, we’re trying to create processes around how we make decisions. For example, our salary bands are all completely transparent, and there’s a very clear compensation philosophy.

Maruca: I’ve been a sales leader for a long time, and women in sales is something I’m really passionate about. About 50 percent of our leadership team at Bonusly is women, which is something that really appealed to me when I was going through the interview process. I’ve always worked for male sales leaders in the past — this is the first time I’ve ever had the opportunity to work for a woman. It’s amazing.

A different kind of employee handbook

Known as the “employee un-handbook,” Bonusly published its manual online for all to see. In it, readers can find outlines of the company’s values, benefits, policies and mission statements. “It just shows the transparency we have as a company,” Maruca said. “Our handbook is just on the internet for anyone to read.”

Crawford-Marks: The genesis of the un-handbook was back when we only had about five employees. At our first team retreat, we brainstormed a list of values, from which I wrote the handbook. We put it on GitHub because we wanted to be explicit that it was a living document that we expected to change over time and be a collaborative effort. You can go in and look at all of the different revisions because it’s all captured there.

Now, we have over 100 people and have realized we can’t just get everyone in a room to talk about the handbook anymore. Instead, we’ve started a process where we send out surveys and get detailed responses from our employees about where they think the handbook can be improved. We do a qualitative analysis of their feedback, then present a set of proposed revisions based on the themes that emerged. We’ve had to scale the process to ensure we can continue keeping the handbook as a living document that represents the company as it is now.

Once you stop treating your values as a living document, they become dead in the water.”

Yang: When small companies set their values, they’re usually a reflection of what’s already in existence and why the company was created. Our un-handbook was created out of this environment: We recorded who we are and put that down on paper so that in the future, we never forget what we’re aiming for. Once you stop treating your values as a living document, they become dead in the water. At that point, they’re just words on a piece of paper.

The un-handbook is a great reminder that our values are what bring people to Bonusly, because they want to live these values and see them in action.