Guild Education’s Sam Kennedy shares the steps they take to make sure all employees feel safe at work.
Written by Colin Hanner

Though laws and regulations that support LGBTQIA+ equality have been on the books for half a decade or more, persistent discrimination and prejudice still exist in many parts of our society.

In 2020, hate crimes based on sexual orientation represented nearly one-fifth of those reported overall — and the true number of incidences is likely higher. More than 70 cities with populations over 100,000 did not report any hate crimes to the FBI in 2019, according to an analysis by the Human Rights Campaign.

Considering these facts, it’s no wonder why nearly half of workers who identify as part of the LGBTQIA+ community remain closeted at work. But it doesn’t need to be that way. Companies can, and have, enacted inclusionary policies that ensure all employees — regardless of race, religion, sexual orientation and other differences — feel comfortable where they spend their working hours.

At Guild Education, which partners with employers to offer education-based benefits, Diversity, Equity and Inclusion Manager Sam Kennedy and their team have created practices such as encouraging employees to share their pronouns on internal platforms to ensure all employees feel comfortable.

In an interview with Built In Colorado, Kennedy — “an out and proud trans and queer employee” — shared more about what they do to create safety and trust in the workplace and how they’ve evolved their approach with employee feedback.

Kennedy’s answers and actionable insights harken back to the sentiments of Robert H. Eichberg, a co-founder of National Coming Out Day, which celebrates its 33rd anniversary on October 11. “Most people think they don’t know anyone gay or lesbian, and in fact everybody does,” Eichberg said in a 1993 interview. “It is imperative that we come out and let people know who we are and disabuse them of their fears and stereotypes.” 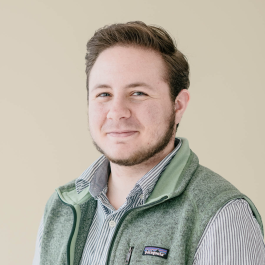 Being open about one’s sexuality in the workplace is a deeply personal decision that’s often informed by the level of safety a person feels at work. What are some concrete steps your company has taken to create a sense of trust among your team?

One of the most visible ways we signal that Guild is a safe place for LGBTQIA+ employees is by encouraging everyone to share their pronouns on all internal platforms — from everyday tools like email signatures, Slack and Zoom, to broader company-wide resources like our org chart and intranet. On a new hire’s first day at Guild, this is as standard as setting up any other systems, and the normalization of sharing chosen names and pronouns ensures that employees are immediately cued into our values and culture.

In their first week at Guild, new hires also attend a diversity, equity, and inclusion onboarding session where we help employees better understand identity-based definitions and talk openly about privilege and allyship. As an out and proud trans and queer employee, I name and highlight my own experiences when leading that session as an example.

Earlier this year, Guild also launched our first employee resource groups, and our LGBTQIA+ group was one of the first to assemble, formalizing from a pre-existing employee-led community group. The group includes both LGBTQIA+ Guilders and allies.

We continue to host monthly events to foster awareness and inclusion all year long.”

How do you monitor and measure sentiments such as belonging and equity among your team, and how does this data help inform your people strategies?

Guild conducts a quarterly engagement survey to measure employees’ sense of safety and belonging. Because many tech systems and data platforms aren’t built to collect gender and sexual orientation in an inclusive way, we always make sure to note the limitations and rely on self-reported identity whenever possible. In addition, our LGBTQIA+ ERG regularly holds “community time” to take the temperature of the membership and solicit feedback, which helps shape future programming, advocacy and engagement across the organization.

What are some direct ways your company celebrates or supports the LGBTQIA+ community, either internally or externally?

Guild has participated in the Denver Pride festival and parade every year since 2018. While the last two years of celebrations have been virtual, we have found creative ways to keep the spirit of Pride alive. In 2020 and 2021 we held a family-friendly virtual Drag Queen Story Hour event, where a local drag artist read children’s books to Guilders and their kids. The ERG also held events on LGBTQIA+ history, representation in film and television, trivia, and more. These types of events don’t just happen in June, either — we continue to host monthly events to foster awareness and inclusion all year long.