Want to Be a Sales Manager? Here’s What You Need to Know.

While there’s no silver bullet to landing the promotion of your dreams, there are some actions you can take that will put you on track to becoming a sales manager.
Written by Adrienne Teeley

There might be a great resignation underway, but there are plenty of professionals who are perfectly content at their current company.

After proving their worth and resilience during the pandemic, many are looking for upward mobility and increased responsibility, without leaving behind the relationships, benefits and overall mission of their organization. Unfortunately, bagging that elusive promotion isn’t as easy as simply making your wishes known — especially if you’re in sales, Michael Bell, a regional sales manager at Skupos, said.

“To get promoted into a leadership role, you first must be a leader on the team in every aspect and be a consistent top performer,” Bell said. “It takes a lot of hard work to lead the team in sales, calls and daily activities.”

So, how can hungry sales reps effectively make the jump to management? There’s no one right answer, but there are certain steps salespeople can take to demonstrate they’re serious about growth. We connected with two local sales managers to learn how they got their promotions and what advice they have for others looking to level up. 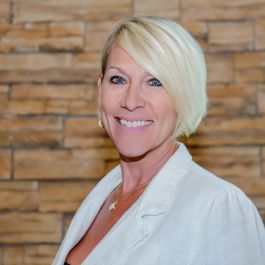 Tell us about your career trajectory at KPA.

My journey was different than most. I started in automotive retail, selling cars, handling finance, and managing in a store. In my mid-50s, I was ready for a change, so I applied to KPA as a sales account executive.

KPA is good at recognizing talent and understanding when someone might be a better fit for another role. It took others observing and asking questions to help me realize what I wanted. I could have done something else in sales, but I love mentoring and training others. Without knowing, I had already been acting like a manager as we built the SDR team.

One day our chief marketing officer asked, “Why aren’t you selling or doing something beyond being an SDR?” It made me stop and think. I want to help others succeed and I still want to be in the thick of things. Soon after, the manager role opened and I was asked if I was interested. I jumped on the opportunity.

As a manager, when you know your employees’ strengths, you tend to elaborate on them and can help build them up.”

What surprised you most about your new leadership role?

For me, the biggest surprise was the transition from being a colleague to my fellow SDRs to becoming their manager. Here was a group of four people that I was used to working alongside and joking around with. Turning into their manager forced me to shift the way I viewed their approach and how I approached them.

Because I worked with these people as peers, I already knew their strengths. As a manager, when you know your employees’ strengths, you tend to elaborate on them and can help build them up. The surprising shift came with how I had to change how I spoke to them. I realized that I had to be more thoughtful about what I was saying and sometimes dial back what I would have freely said as a colleague. I had to find a balance that was level-headed, while also continuing to build rapport.

What advice do you have for salespeople looking to move into a leadership role?

The first piece of advice I have is when you’re managing people who are sellers, you have to be strategic and thoughtful about how you manage. You can’t manage them all the same way. Personalities are different, generations are different, styles are different. Sellers, maybe more so than team members in other positions, won’t be productive if you take the wrong approach. If you don’t lift people up, they won’t sell and morale will tank.

The second piece of advice I have is that when you’re a salesperson who is now a manager, you’re out of the game as an individual contributor. When you’re an individual seller, your goals are specific to just you, but as a manager, it’s about everybody else. When you’re a leader and a former salesperson, you see the giant picture of what matters to everyone above you. You’re not doing the work anymore, you’re making sure your team is doing the work to hit their goals. Individual performers have to know that that’s a challenge.

Tell us about your career trajectory at Skupos.

In my four years at Skupos, we have gone from 250 customers to over 14,000. I started as a business development rep in September 2017. Early-stage businesses have a lot of opportunities for advancement, but you have to outwork and out-produce the other early reps. After consistently winning sales contests for both production and effort metrics, I was promoted to account executive. I was consistently high-performing and was again promoted, this time to a regional sales manager position in March of 2019.

I later learned that consistency was key, but a big reason I earned the promotion was the way I helped train new reps. Often, you need to volunteer and prove you are the right person before the opportunity is even available. Today, I develop and manage a team of BDRs, account executives and key account executives.

To get promoted into a leadership role, you first must be a leader on the team in every aspect and be a consistent top performer. It takes a lot of hard work to lead the team in sales, calls and daily activities, and I wanted to be a sponge for knowledge. We’re a company that is ever-evolving, so I made it a point to know everything about the technology behind all of our products, how it worked and how our customers used it.

Finally, I was adaptable. You have to listen to what other people are saying and doing, emulate what works well and avoid what isn’t.

Often, you need to volunteer and prove you are the right person before the opportunity is even available.”

What surprised you most about your new leadership role?

I was surprised by how gratifying it is to see my team hit their goals and watch as individuals become better sellers. Managers push their teams hard so they’ll develop their skills, then we watch them work extremely hard to meet their goals. When they do, their satisfaction and excitement make management worth it.

Be sure to remember that people think differently and have different goals. Welcome that diversity of thought and help them focus on their goals, not just the team’s or the company’s.

At the start of every quarter, I sit down with each team member to go over goals in four specific categories: sales goals, personal goals, financial goals and career goals. At the beginning of 2020, one member said her three biggest goals this year were to get promoted, be the number one AE and make two times the number of on-target earnings (OTE). I said that was extremely ambitious — but let’s go for it. Another representative said his three biggest goals were to make $30,000 over OTE, get promoted and have $50,000 in savings by the end of the year.

At the end of 2020, the first representative was promoted to key account executive, was the number one producing AE and doubled her OTE. It was truly amazing. The other representative was also promoted to a key account executive, made $39,000 over OTE and had $50,000 in savings by the end of the year. Both representatives were able to hit their biggest goals in one of the hardest years because of their work ethic and hard work. I felt truly gratified to be their manager and help them get there.

What advice do you have for salespeople looking to move into a leadership role?

Make sure you are doing the little things consistently well because sales is a metrics game. Even if you have been there for two or three years, make sure you are leading the team by example in sales, calls, activity and getting to the office first. Be the first one to raise your hand when other opportunities and responsibilities become available. If you can show that you can take on extra responsibility and perform at a high level, you will be promoted in no time.

Kurt Weinerman, another sales leader at Skupos, wisely notes, “Once you do reach that promotion be sure to listen to your team. Never write off an idea, no matter what. You need your team to think critically, and it’s important to listen when you have the new platform.”

Once you get promoted, be prepared to work harder than you did as an AE, because now you are the example and a leader. Listen to your team. Every person has good ideas on how to improve daily processes — and they feel respected when they are heard. Most importantly, understand what truly motivates your team. If you know their “why,” you will lead them into successful opportunities and help them through hard times.