The heavy lifting happens before marketers even begin to think about messaging, when they begin researching their users to learn their pain points and how their products and services can help alleviate them. Andrew Strom, manager of customer engagement marketing at DHI, told Built In Colorado that a “research first” approach has improved the performance of his re-engagement campaigns.

“It sounds like common sense, but if you don’t understand who you are marketing to and what they are trying to accomplish, it’s nearly impossible to create messaging that might re-engage them,” Strom said.

The importance of research and not moving too quickly are just two tips Strom and Verlaque have for marketers trying to fine-tune their re-engagement efforts. Here’s what else they recommend. 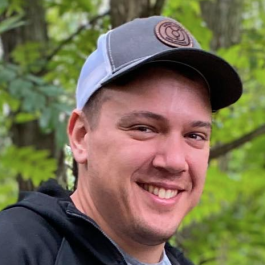 “Commission breath” is a sales term to describe someone who wants to close a deal so badly that you can smell it on their breath. However, Matt Verlaque, executive director of marketing at Zen Planner, said he’s also seen marketers running re-engagement campaigns who have commission breath. That’s why Verlaque recommends marketers take things slow and don’t rush to turn a cold lead into a customer all in one go.

Tell us about a specific re-engagement email or campaign that you had a lot of success with. What went into crafting it, and what were the results?

One of the campaigns that I’m most proud of is called the “UpLaunch Reactivation Framework.” It’s a campaign we launched for our gym owner clients to help re-engage former members that hinges around creating abundant value for a few months followed by a simple prompt designed to elicit a reply. For instance, it would seem counterintuitive for a gym owner to send you a list of at-home workouts after you quit their gym — however, that’s the point! When delivering value to a cold lead or former client, you need to send something that gets them to say, “I can’t believe they just gave me this for free.”

After a few months of that, we send a simple email that asks a variant of the question, “Are you still interested in improving your fitness this year?” The replies fly in every time, and this campaign has helped thousands of people rejoin gyms. The impact has been amazing.

My goal with re-engagement emails is to foster a conversation, to get the lead to reply to you in an honest and authentic way.”

What’s a best practice you've found to be really impactful when designing re-engagement emails? What impact have you seen from doing this?

Too many people get “commission breath” during re-engagement emails. They want to go from cold lead to customer with a single touchpoint, which is generally unrealistic at scale. My goal with re-engagement emails is to foster a conversation, to get the lead to reply to you in an honest and authentic way. If you’re doing a good job listening, they’ll tell you exactly how to help them, at which point the sale is a foregone conclusion.

Tell us about a re-engagement email or campaign that wasn’t so successful. What happened, and what did you learn from this experience?

Going in straight for the sale with extremely cold leads. Especially when marketing for service-based businesses, deprioritizing the relationship in lieu of quick revenue will miss the mark. I quickly learned that relationships are the key to everything in life, including business, and helping people produce those relationships at scale has led to our biggest successes. 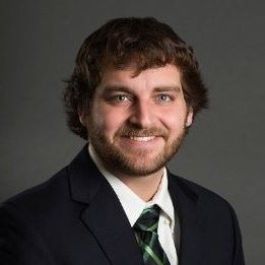 To Andrew Strom, manager of customer engagement marketing at DHI, re-engagement is all about research and relevance. Instead of placing all users into a few big buckets and hitting them with slightly tweaked versions of the same campaign, his team creates user personas complete with custom customer journey maps. While this takes time, Strom said the increased relevance has produced major results.

Tell us about a specific re-engagement email or campaign that you had a lot of success with. What went into crafting it, and what were the results?

In 2020, my team focused on bringing a more relevant, timely and personalized experience to our users. We launched a front-end site tagging tool to track user behavior on Dice.com and fed the data into our CRM tool, which allowed us to create user personas and better understand the goals of our audience.

As a result, we were able to better segment and re-engage users through the creation of highly relevant journeys triggered by a combination of the new behavior information and our legacy profile data. These journeys include messaging crafted around solutions to critical technologist pain points, job recommendations, insights and tools to support the job search and help in gaining visibility with employers through the Dice platform.

By increasing relevance for our users, we saw a 35 percent lift in email engagement, 26 percent more users getting back to the site and an on-site conversion rate that was 46 percent better. The shift from the lifecycle-driven, more generic re-engagement campaigns clearly impacted unsubscribe rates and user satisfaction, in addition to helping us reach our primary engagement goals.

I start by determining the goals of the campaign, then use my knowledge of our product to define the many routes a user could take to complete those actions.”

What’s a best practice you've found to be really impactful when designing re-engagement emails? What impact have you seen from doing this?

I’ve found it best to take the extra time to do as much research as possible at the front end as it helps me put myself more squarely in the customer’s shoes. It sounds like common sense, but if you don’t understand who you are marketing to and what they are trying to accomplish, it’s nearly impossible to re-engage them. The first steps include a lot of brainstorming and exploration. I start by determining the goals of the campaign, then use my knowledge of our product to define the many routes a user could take to complete those actions.

From there, I create personas of users who have already completed this action and determine the approaches they took to reach the outcome. Using these findings, I segment my audience and craft user journeys, matching a new user to an existing persona and walking them through the same steps and behaviors other users took to reach our desired action. While the “research first” approach has led to slightly longer time to market for some of our campaigns, the more relevant user experiences have also led to better overall performance.

Tell us about a re-engagement email or campaign that wasn’t so successful. What happened, and what did you learn from this experience?

We recently decided it would be best to send emails immediately after a particular action was taken. Our hypothesis was that, in re-engaging the user as soon as possible, we would keep their attention and entice them to stay on our site for longer. Well, we were wrong: Shortly after launch, we actually saw an initial decrease in engagement metrics and performance of these messages over previous campaigns.

We acted fast and started testing and tweaking the triggers, timing and messaging of these campaigns. By testing each behavior and re-engagement campaign independently, we found that our error was in treating the trigger the same across the board. While sending a communication one hour after an action may work for one type of re-engagement campaign, another will perform best when sent a full day after the action is taken.

Through this process, we reaffirmed that there is a constant need to test and iterate and that no campaign is likely to be perfect right at launch. What ended up being most important was agility, and our ability to identify the issue and adjust, which helped us correct the campaign performance fairly quickly.

Get Alerted for Jobs from DHI Group, Inc.
All responses have been edited for length and clarity. Images via respective companies. Header image via Shutterstock.