We’ve all heard it before: it’s not always easy to be a woman in tech.

In the face of an industry and economy that by and large discounts underrepresented groups' contributions to a business, creating a workforce and culture that truly values and supports gender diversity — along with diversity of intersecting identities, like ethnicity or socioeconomic background — takes more than adding a diversity post to the company blog.

Instead, it takes conscious, concerted efforts, leadership buy-in and a strong team to build a more diverse and inclusive workplace. These three Colorado tech companies have worked toward that goal, putting in place programs and practices to create a more female-friendly workplace. 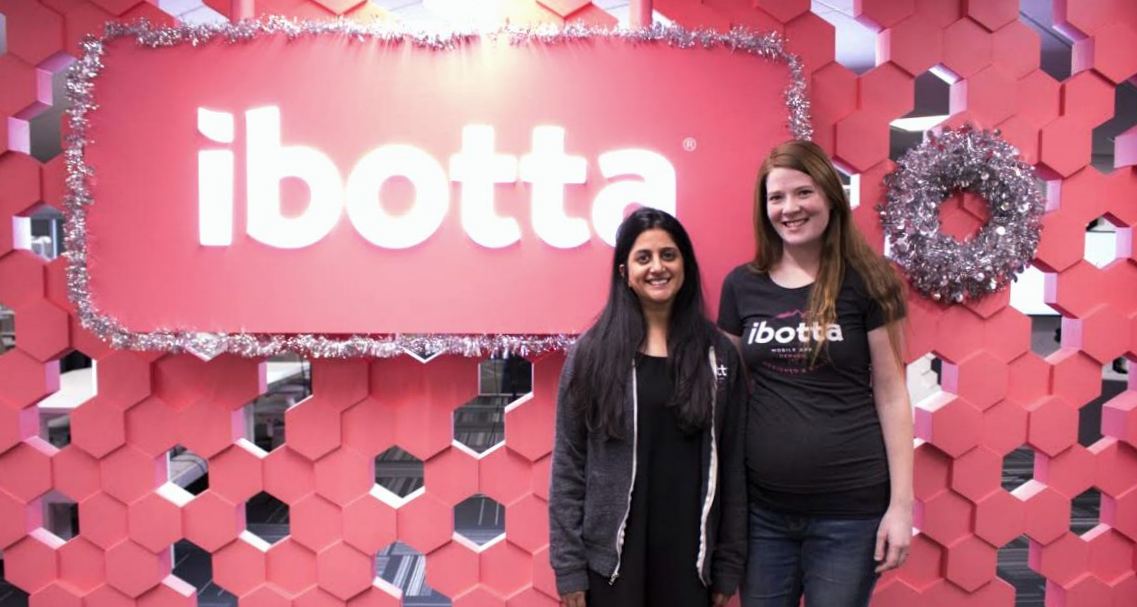 When she came on board Ibotta, vice president of HR Alison Meadows had to share one restroom with the rest of the team — who were all men. Since then, Ibotta has evolved to a company where women hold top leadership positions, move into tech roles from within and encourage the team as a whole to improve women’s experiences at the company. And they have more than one restroom now, too.

“As we have continued to grow, I want to make sure this is an environment that supports all women at any stage of their career,” Meadows said. “We’re a young company... But it’s one thing to have someone right out of college who might not have as many needs, versus someone who’s trying to have a career and a family at the same time.”

Every technical woman at Ibotta, plus Meadows and recruiter Kayla Trimble, sits on the task force, which meets once a month to discuss challenges facing the women on the company’s tech teams, including different metrics like new hires. The task force recently presented the program to the company at large and were met with excitement and curiosity.

The task force isn’t the only way Ibotta helps women, though. The company also encourages people who are interested in moving into different roles to go out for the job. Earlier this year, an account manager decided she wanted to be part of Shah’s analytics team. She took an internal Python class, worked closely with the team to find out what skills she needed and ultimately became a data analyst.

“There is a pipeline problem, but it’s a copout to say ‘welp, too bad,” added Shah. “We’re widening our own pipeline with the talent we have here.”

Ibotta also has a women in leadership program, where women working in different fields in the Denver community come to the office and share their experiences and career paths with the team.

And women like Shah and Shuster serve as mentors for women on their team as well as community members — like one local fifth-grader who is the only girl in her computer science class.

“Building the community is a large topic a lot of people are trying to tackle,” said Shah. “I’m particularly interested in STEM. ”

The team recognizes that hiring more technical women has an impact on the product, as well.

“We’re a mobile app that has a large audience,” said Shah. “Being able to empathize and put ourselves in the shoes of our most valuable users is important, so having more women on our team, and specifically on the team building the product, helps us better meet the needs of our constituents.”

The company’s customer base actually helps attract female developers and engineers to the team, too.

“One of the things that made me excited about Ibotta was we have a large female user base,” said Shuster. “So I was able to create something women use. The diversity of opinions can influence — in a positive way — how the product turns out.”

Something as small as having a woman sit in on technical interviews has a huge impact: a woman sat in on Shuster’s in-person interview, which she said made her more comfortable and even more excited about the company and its product.

“The more women and diversity we have in our engineering and technical teams at Ibotta, the wider our doors will be for people who want to work here,” said Shah. “If we’re just pulling from our own networks, and our networks look exactly like us, we’re not going to be hiring a diverse group of people. Seeing people like you makes you feel more at ease.” 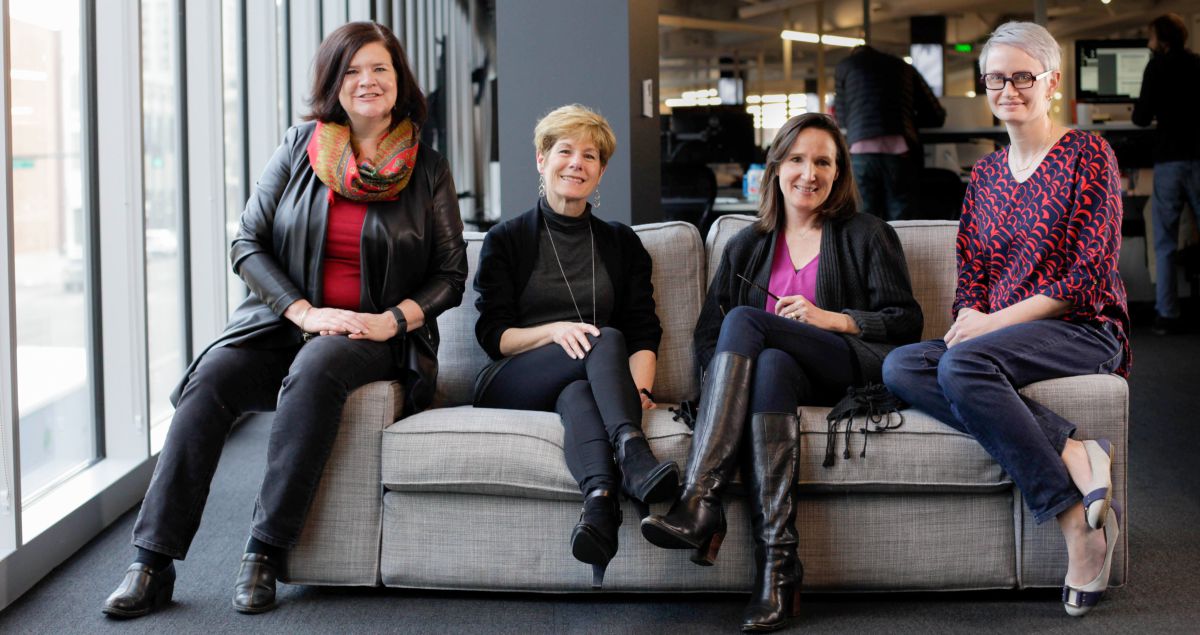 At Four Winds Interactive, gender diversity starts at the top. In fact, women are in the majority on the company’s leadership team, joining the company with extensive experience in areas ranging from international business to consulting and finance.

“I don’t know if it was necessarily a conscious initiative as much as it was organically that way,” said Kate Binversie, senior corporate recruiter for Four Winds Interactive. “We’re a very open and encouraging environment, and we want as much diversity in the workplace as possible. We pick individuals who are really intelligent and have their stuff together.”

In addition to their leadership team, Four Winds Interactive also offers a number of perks benefits designed to appeal to all employees, like on-site flu shots and massages, social responsibility initiatives, flex time and even a “fun committee.” The company’s meditation room also serves as a comfortable, reservable lactation room for new mothers.

Binversie said these perks are the result of the company’s integrated approach to work-life balance.

“Work-life integration helps you live your healthiest lifestyle, whether you’re a family, a single parent or an individual,” she said. “We want an environment that allows you to live your life, and we want to make sure those lives blend in a healthy way.”

Still, creating a workforce that’s diverse across all identities — gender, race, ethnicity, socioeconomic background etc. — can be challenging in a state that doesn’t have the same demographics as places like San Francisco or Chicago.

“It can be time consuming, and you have to put in a conscious effort to make it possible, but I think the payoff is exponential,” said Binversie. “Diversity is important, and women leaders and women in technology are important. It’s so worth it to invest that time and energy to look at an extra five or 20 resumes. For every standard applicant, bring in someone who might be a curveball.”

Binversie said when she looks for candidates in Colorado, she often turns to places that encourage diversity and inclusivity as well, like Galvanize and Turing — which she said also produce highly qualified women with strong profiles.

Despite the challenges of building and maintaining a diverse team, for Four Winds Interactive, the extra work is worth it.

“Every study that’s ever been done proves that you’re more successful with diversified team members than with everyone being the same,” said Binversie. 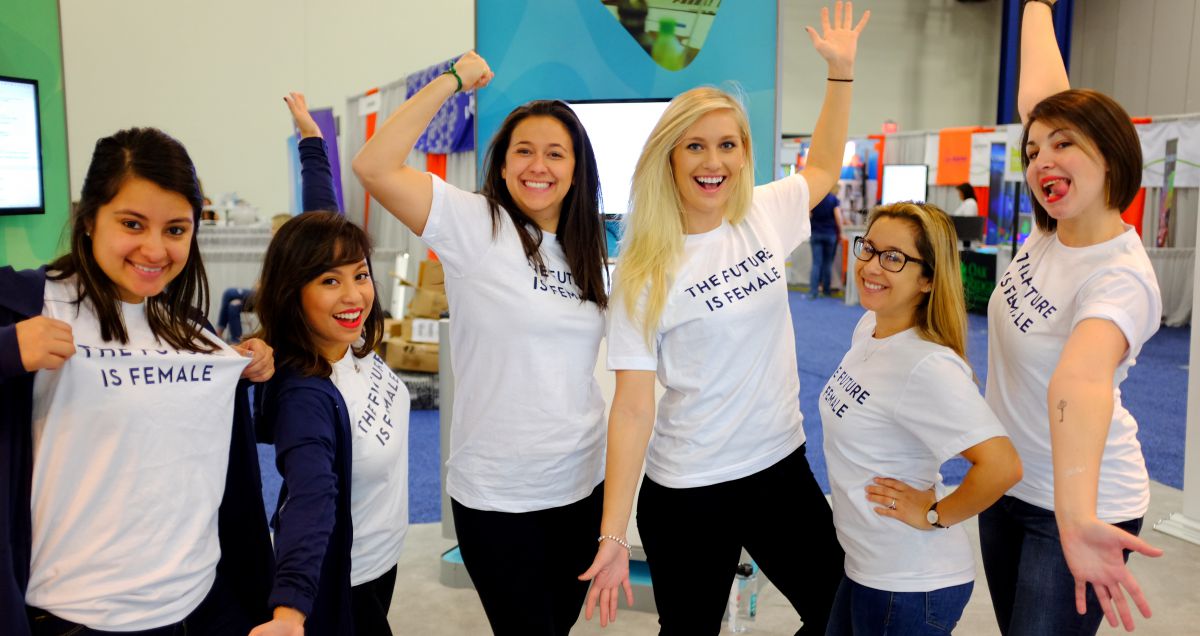 Gender diversity is a core part of ThoughtWorks’ business, in their Denver office and around the world. In fact, the tech consultancy was recently recognized as the top company for female technologists by the Anita Borg Institute.

“At the core, the way ThoughtWorks views diversity is as an ongoing part of our DNA,” said Rose Fan, ThoughtWorks’ lead consultant in Denver. “It needs to be in every single part of our business — our hiring process, people, support. It needs to be an underlying thread that runs through our organization.”

In fact, one of the three pillars of ThoughtWorks’ mission is to advocate for social and economic justice.

“In general, we recognize that the tech industry has a big problem,” said Fan. “The numbers are right in front of us. We’re taking active steps to changing those numbers.”

Those steps include a “no tolerance for jerks” policy in recruiting and beyond, where if candidates show even a hint of discrimination during Thoughtworks’ extensive interview process, they’re taken out of the running. Generally, ThoughtWorks’ culture relies on all employees having a personal interest in making the team more inclusive and diverse.

“Instead of diversity being something people are afraid to talk about, we try to create a space for people to talk about it,” said Fan. “It’s acceptable to call people out.”

Creating that conversation and encouraging people to challenge each other has even helped address the so-called “pipeline problem” many companies cite when explaining the lack of diversity on their teams.

“Through those actions and the day-to-day maintenance of a culture that values diversity, we’ve been able to hire a lot more women over the years,” said Fan. “There are so many women in the company now, it’s easier to attract more women. On the hiring front, we’re very deliberate about hiring women. There’s a trade off, where it might take more time. But we actively choose to prioritize the diversity.”

“In general, there’s a scarcity of senior technical women,” said Fan. “Part of our strategy has been to grow that technical skillset from the beginning and to invest heavily into our entry-level grad program. In a few years, they’ll be very up to speed.”

Though these programs are designed to improve the lives of women at ThoughtWorks, Fan said they’re actually impacting the team as a whole.

“It’s had a huge effect on men within the company,” said Fan. “If you talk to any male ThoughtWorker, they’re likely to be proud to call themselves a feminist. They’re more likely to call things out, even with clients. We need men to be our allies as well.”

Fan said the company’s founders have a humanitarian view of the world that make it “more of a people-focused company instead of a profit-focused company.” Along with support from the founders, ThoughtWorks’ general leadership also make a difference in creating a more inclusive company.

“Our CTO is a woman,” said Fan. “She’s very passionate about women in tech; she faced a lot of discrimination launching her career when there were even fewer women than there are now. There are 10 people at the very top who make the biggest decisions. Across our different regions, four out of 10 leaders are women.”

The leadership has played a key role in the company’s diversity initiatives, Fan said, which is why companies hoping to increase the number of women on their teams should look to their own leadership first.

“It requires the founders of the company to come out and state the elephant in the room,” she said. “From a hiring perspective, having that no-jerks, zero-tolerance policy from the onset creates a group of people who have similar views of diversity who can then start taking on these initiatives.”

And while building a more inclusive team helps the company stay in line with its mission, it helps the bottom line, too.

“We build software for millions and millions of people,” said Fan. “We truly believe that having people who build the software look like the people who are using the software will make it better. Products built by teams that are diverse tend to better serve their end users.”