On site vs. online: how do video interviews measure up? 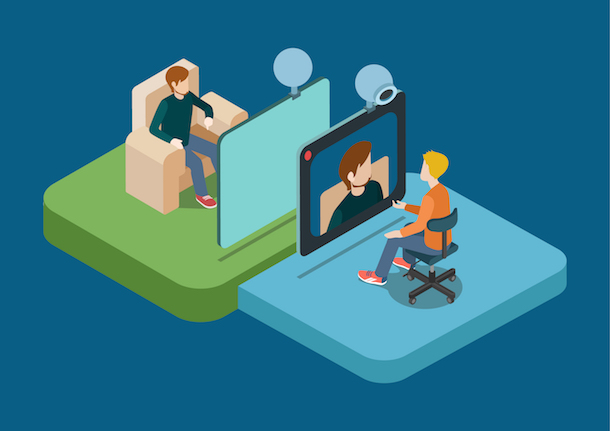 There is a reason that the interview process has remained relatively unchanged for decades. Bringing a candidate into the office is widely considered the only way to judge whether they will be a good fit for the business and its culture.

But what if the employee never came to the office? Not even for an interview?

Sure, a first-round interview via video call is becoming a mainstay, but to take an applicant from first round to offer letter through video is a process that is growing surprisingly common.

The main reason for this may be cost. Denver has a 3% unemployment rate so it comes as no surprise that many candidates are being brought in from other states, resulting in high airfare and lodging costs.

ThoughtWorks
View Profile
Follow
, a global company with an office in Denver, has been using video conferencing to stay personal while recruiting candidates from around the globe.

“Although we may not meet every candidate in person, we utilize face-to-face communication tools so that we are able to connect with our candidates visually,” said Christopher Guest, Recruiter at ThoughtWorks. “We have hired candidates whom have only interviewed remotely as well as those whom have had a mix of remote and in-person interviews. Candidates enjoyed the remote process because we were able to speed up the interview process for them.”

While the remote process might be speedier, how can companies quantify the experience of meeting a candidate in person? There is an intrinsic charisma that people associate with an in-person interview and there’s no way to say if that will translate to the screen, especially if that screen is blurry and lagging.

ReadyTalk
View Profile
Follow
, recently hired a candidate from Chicago she didn’t meet in-person until they had already been hired by the company.

“We didn’t have a process defined as we’d never used video to complete an entire process, but we met and discussed strategies as the candidate continued to advance throughout the process,” said Scott. “We decided to continue using video until we felt we weren’t able to get what we needed out of a video interview. There were initial concerns about not being able to grasp the intangibles that usually come from meeting in person, such as body language, social cues, eye contact, envisioning them on the team, etc.”

The candidate shared similar concerns stating that “a job description only tells an applicant so much; the rest comes from the ‘gut feeling’ you get when you walk into the company, look around and say, ‘I could see myself coming to this place every day.’”

However, ReadyTalk creates video conferencing solutions and their newest product, FoxDen, proved to be a key factor in the process as they avoided connectivity issues. The interviewee performed “whiteboard exercises” during the video, showing their work on a piece of paper while Scott followed along on the other end.

“We got to evaluate their technical skills even further by simply having them test out our video product,” said Scott. “It was a huge win for us, and ended up saving the company and candidate a lot of time and money that would have been spent on traveling back and forth for multiple interviews. Video interviewing is the future of work, and staying afloat in a tech savvy world ensures you’re not missing out on talent you may otherwise choose not to consider due to location constraints.”

End-to-end video interviews might not be the solution for every position within a company, but for lean startups looking to avoid the costs that come along with flying candidates in for several rounds of interviews, it’s a cost effective solution.

To learn more about FoxDen and how it can help your growing company, visit ReadyTalk’s site here.