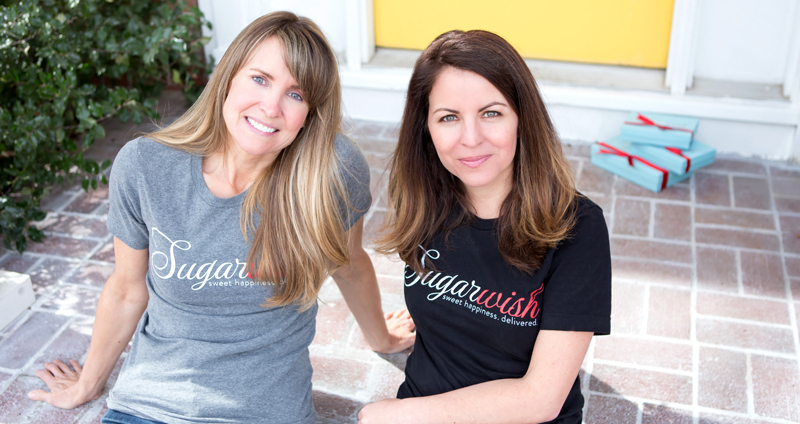 A Denver startup is helping companies and consumers give the gift of happiness, thanks to a strong tech platform and great customer service — and a little sweetness thrown in, too.

While working as the VP of Business Development for a technical staffing firm, Elisabeth Vezzani grew tired of turning to coffee shop gift cards as a way to thank her clients and celebrate milestones like birthdays or promotions. Everyone was giving the same items, so not only did she not stand out to her clients — but they were getting bored, too.

One night, Vezzani was complaining to a friend, Leslie Lyon, about her lack of options. Lyon, who had previously been a PR representative for Ralph Lauren in New York, told Vezzani about how she and her coworkers would often spend their lunch breaks at nearby candy shops, selecting treats to enjoy that afternoon. For Lyon and her colleagues, getting candy was less about candy itself and more about having the choice and the experience — it wasn’t just a sugar rush.

“We started to realize we could think of a gift that was more of an interactive experience,” said Vezzani.

Vezzani and Lyon started to work on the project on the side, launching a beta version of Sugarwish at the end of 2012. Within two months, they hit their big break — and a PR person’s dream: they were featured on the Today Show. The response was phenomenal. “Without any advertising or any budget, we saw that if we sent someone a Sugarwish, they’d turn around and send it to someone else,” said Vezzani. 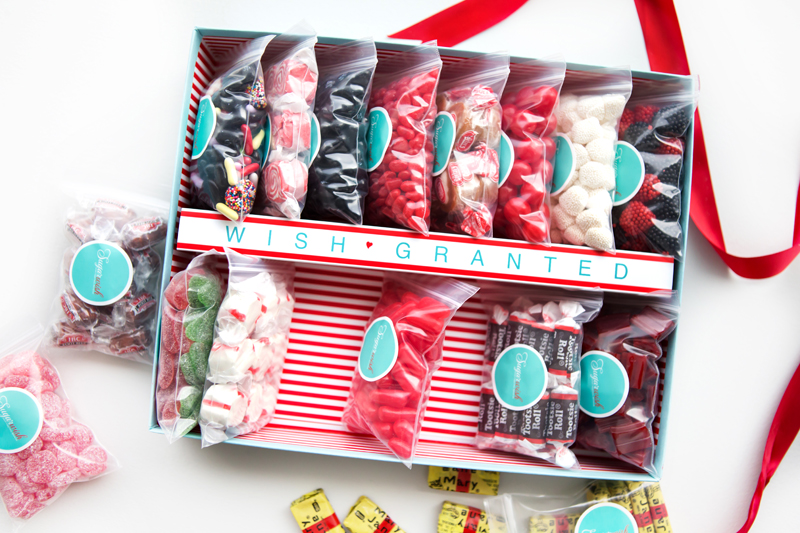 From the user’s point of view, Sugarwish is simple. Someone selects a product from the site — primarily based on the amount of candy they want to give — and then chooses from a number of themed, customizable e-cards to send to their recipient.

After the e-card is delivered, the giftee can select from dozens of options, from classics like Bit-O-Honey to even healthier options like almonds or pepitas. After filling out their shipping info, their Sugarwish arrives within two to four days.

For Vezzani, the best part of giving a Sugarwish is giving the experience. “You’re picking a size, but ultimately they get the fun part of shopping,” she said. “They get the part we all enjoy of saying, ‘I want a little of this, and a little of that.’ We provide an experience that ultimately makes the receiver happy — that’s why you’re giving a gift in the first place.”

Sugarwish was one of the companies in the first cohort of Boulder’s MergeLane accelerator in 2015. While Vezzani and Lyon recognized how much they could benefit from participating in an accelerator designed to support women, they were still nervous going into it.

“We didn’t know if we wanted to give up that much equity. It’s such an intensive program, and we were already in the middle and growing and to do a full time accelerator was really a tough time,” said Vezzani. “We focused on the light at the end of the tunnel.”

Participating in MergeLane ultimately had a huge impact on their business. Initially, the focus had been on consumers. Through conversations with mentors, Vezzani and Lyon were reminded of why they started Sugarwish in the first place: to help companies give the gift of happiness to their clients and employees. And they benefitted from the MergeLane community, too, keeping in touch with fellow cohort members such as Denver’s Havenly.

“It’s fun to be shoulder to shoulder and support each other,” said Vezzani. “It adds a whole other exciting element to the experience.”

Focusing on the corporate side of Sugarwish meant a bigger investment in the company’s tech platform. In Sugarwish’s corporate version, companies have their own platform where they can upload details like logos, branding and company information. They also have a dashboard where they can track who they’ve sent Sugarwishes to and can upload email addresses for large orders. The Sugarwish team has worked to incorporate customer feedback in the platform, adding features like an option for recipients to send a thank-you to the sender. 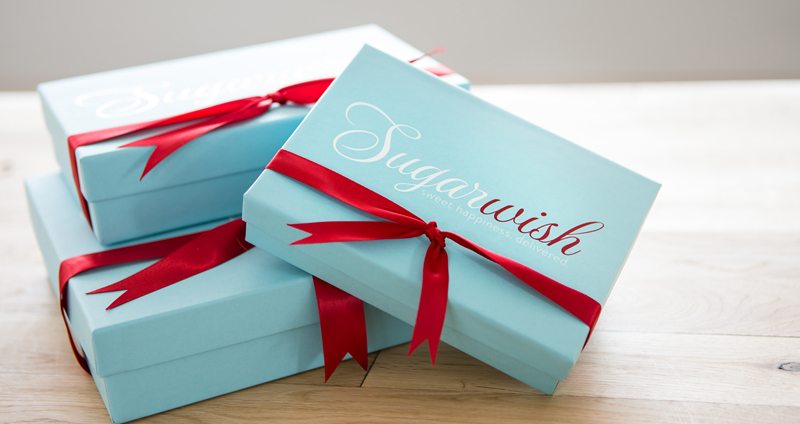 Sending out all that candy requires serious fulfillment skills, too. Wholesale suppliers deliver inventory to Sugarwish’s office near I-25 and Colorado Boulevard, and the Sugarwish team packages and sends each order in-house. “Since packaging is so important to us, we wanted control over packaging,” said Vezzani. “We want the finished package to look beautiful.”

The company has seen both success and growth in the last three and a half years. Vezzani said two of the biggest strengths have been PR (they were recently featured on the Today Show for a second time) and customer growth. “I think it’s because we have this unique shift of gifting,” she said. “It’s fun and happy to report about.”

Sugarwish’s biggest success so far, though, has been building a tech platform that responds to people’s desires, whether they be consumers, corporations or the lucky recipients.

The company’s next steps involve exploring new digital media tactics, adding new features to the platform and expanding their product offerings as they gear up for holidays.

“Delivering happiness is what we’re all about,” said Vezzani. “Whether you’re thanking someone for a job interview or thanking them for helping you out, this is an easy way to make someone’s day.”