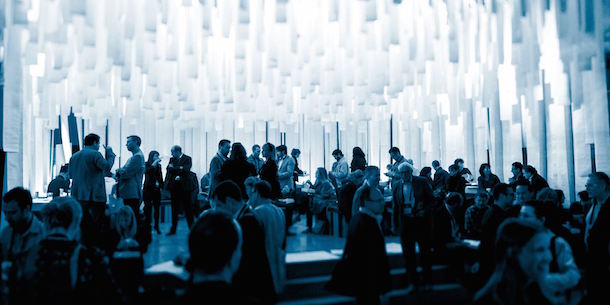 School may be out for summer, but for Guild Education’s co-founder Rachel Carlson, things are heating up. The Denver-based startup provides education for working adults and is seeing lots of growth.

Education targeted at working adults is an area Carlson said has been ignored in the past. While at Stanford, Carlson realized there was a gap in the market — there are 30 million adults in the US who don’t have a bachelor’s degree and there's an absence in innovation on how to support working adults who want to return to school. “There’s a lot of innovation happening at the elite end of higher ed, but we believe there wasn’t as much focus alongside working adults. These are folks working jobs all across the US in food services, hospitality, healthcare — the real backbone of the middle class,” said Carlson.

Her startup aims to fix that.

“We thought there was a more creative way to support those folks in succeeding in their work while heading back to school, and not making it an either-or choice,” said Carlson. Guild Education both provides classes and the support system for students to succeed.

Carlson likens their approach to the Netflix model – they create content they think is missing from the marketplace, and they also offer content from outside providers that meets their standards. “[Students] are getting a highly curated experience and they get a dedicated personal success coach working with them on a weekly basis… That’s something that makes us really different from other programs,” she said.

Guild Education works with a range of partners, from public and nonprofit universities to private learning providers who offer a consortium of classes, programs, and degrees.

Living what you teach

The employees at Guild Education mirror their students in demographics. Carlson’s co-founder, Brittany Stich, finished her MBA while working for Guild. Having to balance work and education gave the team an inside look at the struggles and challenges working adults face, and what can help them.

As a startup, Carlson thinks it’s important to seek advice from a wide range of people, and she encourages students to do the same. “We think every person should have a board of directors or a 'kitchen cabinet...' We don’t believe there’s a single mentor that can be all things to all people,” she said.

Carlson followed her own advice, putting together a group of talented advisors and advocates to help her navigate the startup world. And she’s gone out of her way to find advisors who value the double bottom line and impact investing.

For other entrepreneurs, Carlson offers the same advice she does to her students. Finding a support system, and relying on them for advice, has been critical to her success. But she encourages others not to rush the process. “It took time to find the right advocates and advisors to support a growing business,” said Carlson.

That second part – finding employees who are passionate about social impact – is a major part of their work.

The company was formally founded in 2015 after two years of research. Guild Education is in a growth phase now. “Our team and the number of students we served doubled in June. And we are expecting continued growth of summer and fall of 2016,” said Carlson.

The company raised a seed round of $2 million in September 2015.

Does your company have a story to tell? Email us or get in touch on Twitter: @builtincolorado.