You don’t have to start in startups: the past lives of 5 members of Colorado’s tech community

When you were a kid, your dream probably wasn't to work in Colorado’s startup community when you grew up. That might have something to do with the relatively recent emergence of our industry — “startup” wasn’t exactly a buzzword 30 years ago — but still.

We talked to five members of Colorado’s startup community about what they were doing before they joined the startup life — and about what lessons from their “past lives” have carried into their current roles: 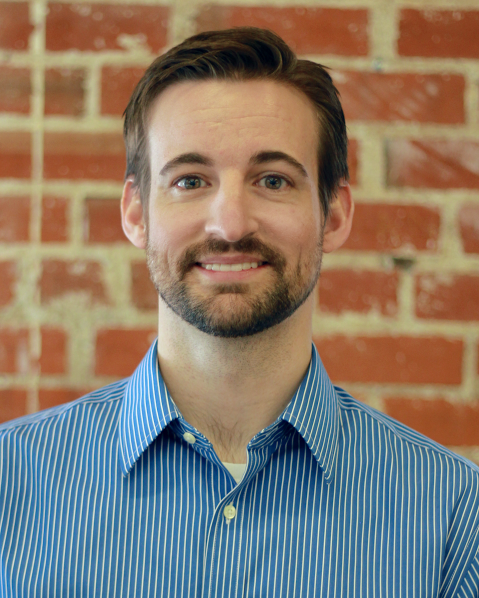 How did you get started as a pilot?

I've always been in love with aviation. The earliest drawing I have, one that I don't even remember making but one that my mom kept and which now hangs in my son's room, was a picture I drew in kindergarten of an airplane with the words "When I grow up I want to drive the planes." I think my initial interest in flying came from my father. He was in the Navy and wanted to be a Navy pilot, but didn't have the eyesight for it. Instead, he got his civilian pilot's license, and some of my earliest memories were flying in Cessna's with him. As a child, whenever anyone asked me what I wanted to be, I don't remember ever saying anything other than "a pilot."

Are there any lessons from your "former life" that apply to what you do for Apto?

The foremost among them is decisiveness. As a pilot, while emergency situations are extremely rare, you train for them diligently. If and when an emergency arises, there can be no hesitation. In that instant you consider all of the information that is available to you at that moment, and you make the best decision you can based on that information. That's lesson 1: When a situation requires a decision, make it. In tech, things move quickly. If you take too long to make a move, you may find yourself left behind regardless of your eventual decision. As a pilot, after you've made your decision and worked through the appropriate checklists, you have time to slow down a little and consider new information. Maybe your first officer suggests flying to an alternate airport that is closer and more suitable for an emergency landing. Whatever the case, as time goes on and the situation evolves, you obtain more information that may or may not support your initial decision. That's lesson 2: Listen to those around you who may have other information and don't be afraid to change course when the situation dictates it. I think both of those lessons lend themselves well to success in any industry, especially the fast-moving tech industry where the seemingly best decision today can be a folly tomorrow. 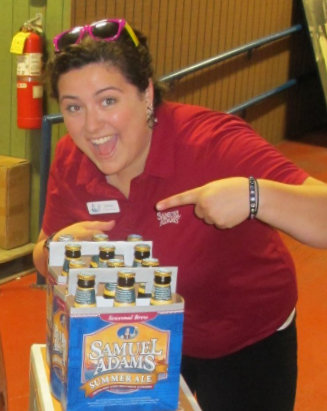 Past life: Tour guide at Sam Adams brewery in Boston

What was it like being a tour guide for Sam Adams?

It really was a dream job. It was my senior year in college and I got to go into work, hang out with some of my best friends, meet a ton of awesome people from around the world — really — and be the center of attention. I loved it. Plus, I learned so much about beer and got to see behind the scenes, for sure one of my most favorite places I have worked.

What lessons did you learn at Sam Adams that affect your work with Stack Overflow now?

I learned how to be comfortable talking to anyone. I mean, when you are giving tours of upwards of 80 people you learn to get comfortable real fast! I also learned how to pitch a product. We were tour guides, yes, but we were also selling a brand and I like to think I was great at it! Lastly, I learned to not take advantage. There were great perks working for a brewery, similar now working at a great tech startup. That said, I learned to be grateful for just how lucky I am and I appreciated every moment — still do! 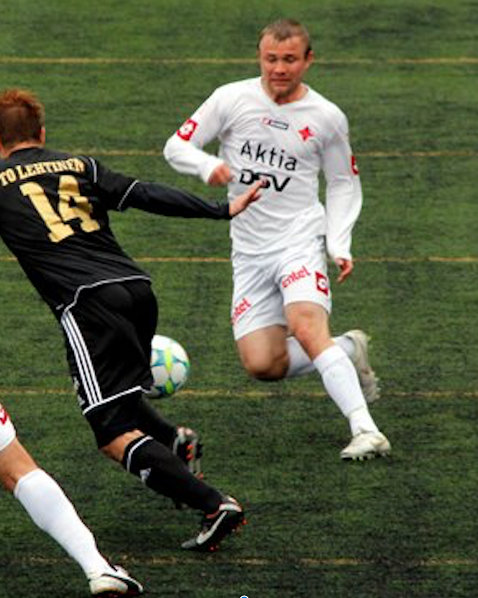 What team did you play for?

I currently play for Harpo's FC with two colleagues (Ben Donovan and Shane Wheeler). We're an amateur team sponsored by Harpo's bar in Boulder and Avery Brewing Co comprised primarily of ex-pros and college players. We like to say we now get paid in beer, so it suits my new lifestyle quite nicely.

Did you learn any lessons as a soccer player that apply to your life at Ibotta?

No joke, nearly everything I do is a product of what I've learned on the field. I could go for days on this question. Here are a few key lessons: How to interact with coaches/managers. I've learned how to hear feedback and how to directly apply it. If I was told by a coach that I needed to fix something in my game, I didn't have to listen or act upon it, but of course I'd then be on the bench.

I've also learned how to manage people. I've been captain of numerous teams in several countries, I've coached teams and I've learned what qualities I value in a leader and those I don't. I'm not quite at a level where I manage a team at Ibotta, but I have managed people in previous jobs and the similarities are vast. I've learned how to handle different personalities, how to lead by example, how to handle bad news, how to react to negative feedback, how to build morale, how to manage expectations, how to be the bridge between a team and a senior leader/coach and many more.

Communication is key. In many instances, your body language, gestures, intonation, attitude and demeanor matter more than the actual words you're saying. Each person will celebrate scoring a goal in their own unique way, but everybody on the planet will know what they're trying to communicate at that moment.

Choozle
View Profile
We are hiring 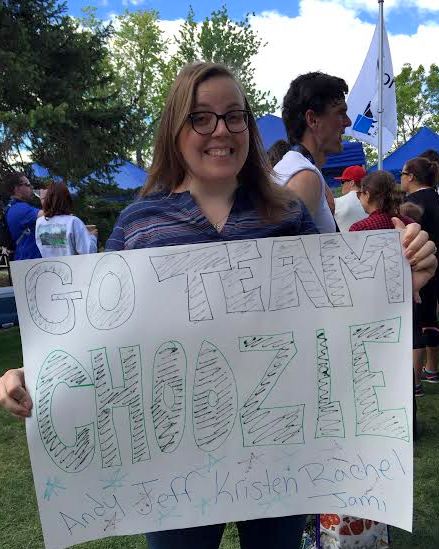 Past life: Public Information Officer for a regional fire department

A public information officer is the go-to person to facilitate communications between the firefighters and the news stations. Beyond the day-to-day community relations and communications for the fire department, I responded to emergency calls if there was a need for media relations at the scene of an emergency. Not all emergency calls need a public information officer to respond, but the ones that I did respond to required that you think on your toes quickly. Plus, I had a pager (yes, they still make those post-90's) so I could be alerted when I needed to respond to a scene.

What lessons did you learn at your "past life" job that apply to your current work with Choozle?

The biggest lesson I learned is how to think quickly. When you are in an emergency situation, a.k.a. a fire is blazing 100 yards away, there is no waiting around until things cool off. People are counting on you to move quickly and gather qualified information about the emergency. Obviously I don't have any fires at Choozle, but I still need to think quickly! 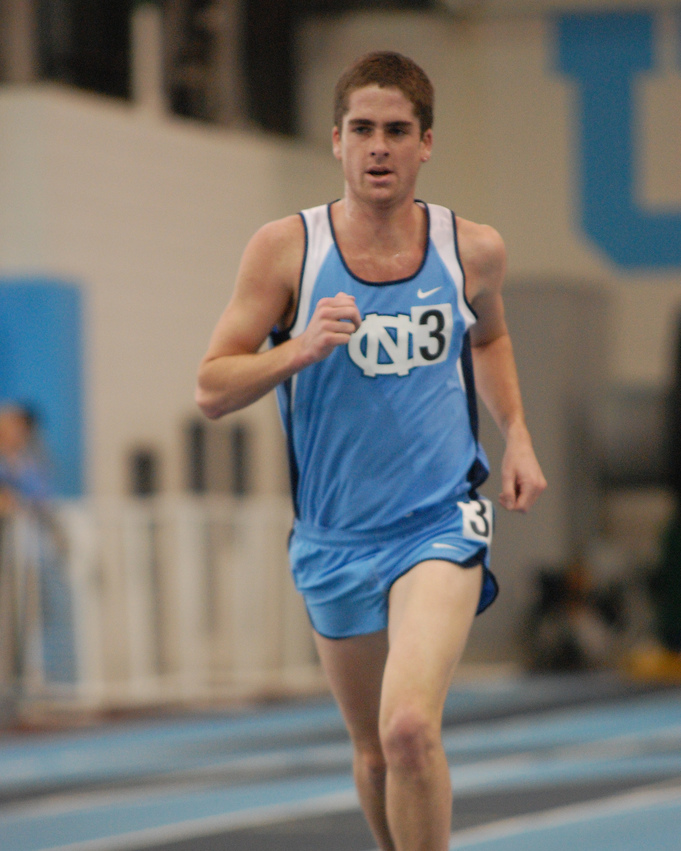 What did you do in your “past life?”

I was a distance runner at UNC (North Carolina, not Northern Colorado). I ran cross country, but my focus was the 1,500M on the track. You'd occasionally see me in races from 800M to 5K as well, but nothing longer if I could help it. Oh, and I was a (very bad) high jumper for a season in high school, too.

How has being an athlete impacted the work you do for StatusPage.io?

Being a distance runner sucks. It involves a ton of work, none of it glamorous, and it just takes a ton of time to get better. Furthermore, you can be physically tough and prepared, but if you don’t have the mental fortitude to punish yourself day in and day out, it doesn't matter. I think this taught me grittiness from a young age, and this probably played a large role in clawing myself out of recruiting into a software engineering role. A common adage you'll hear among distance runners is that 'There is no secret,’ that only consistent hard work will get you where you want to go. I feel this has held true throughout my career as well. Running taught me to simply work hard, and I think that lesson has served me well.

Get Alerted for Jobs from StatusPage.io

Responses have been edited for length and clarity.

Do you have an interesting “past life” before joining Colorado’s startup community? Tweet us or tag us in a photo on Instagram: @builtincolorado.