Behind the Scenes: What It’s Really Like to Be a Developer for AUTOPAY

But what’s it really like to work there? Does everyone have a say in defining processes? What is the company’s technology like? What stack do they use? What is it like working with company leadership?

For the next few weeks we’ll feature a few companies who are adding to their dev teams, giving you a behind-the-scenes look at what it’s really like to work there.

This week is AUTOPAY, a company that’s built an online platform for auto loan financing. AUTOPAY’s office is in Denver’s Golden Triangle neighborhood (in an old car dealership, in fact.) And their tech team is growing rapidly — they hired 20 people in less than a year, with most of those hires joining in the past six months. 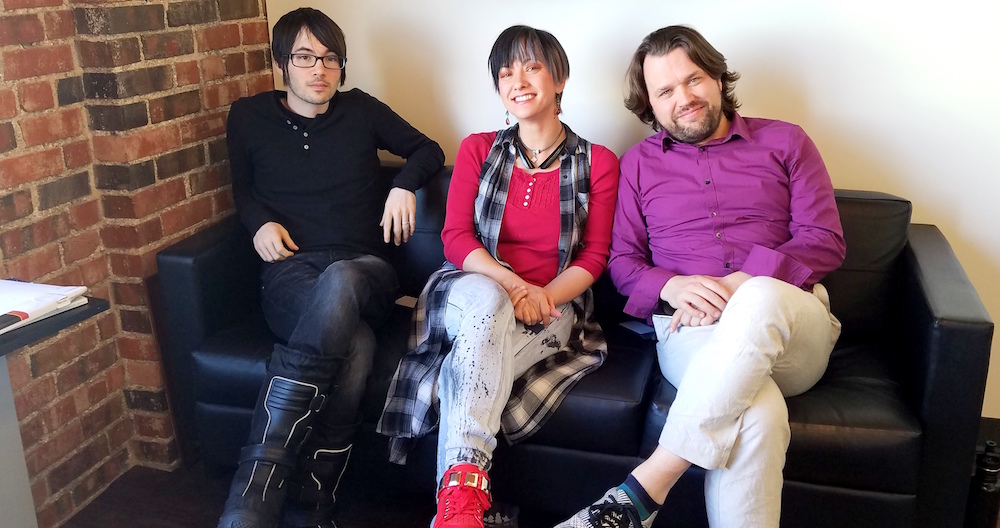 Ash Blue and Luna Red are front-end developers for AUTOPAY, and Brian Gryth is AUTOPAY’s product owner. Blue and Red both taught themselves to code through online lessons and real-world experience. Gryth worked on the government side of tech for about a decade — including as founder and program manager of Go Code Colorado — before joining AUTOPAY as the second member of their product team.

We spoke with them about what it’s really like to work at AUTOPAY, from the day-to-day to being part of the team and the most challenging parts of the job.

Red and Blue said they usually start their days with a couple of meetings and then get to coding. “That depends on where we’re at in the sprint, of course,” said Red. With such a new team, they’re still working through process, but she said meetings have become more manageable as they make progress.

From the ground up

Red said when she joined the team as the company’s first developer, people were still calculating loans on spreadsheets, and when she first started, process was at least half of her job. “I’m someone who doesn’t like a lot of process on top of me, but here they’ve let me grow however I’ve wanted to grow,” she said.

“Our VP of Product (Jeff Zabel) says startups learn process over time, but we’re kind of building the process at the same time as our product,” said Gryth. “And we don’t have to chase funding since we’re already an established business.”

Tech companies are known for having brutal culture for their developers, with long hours and wild timelines. But Red worked with Kathy Keating, AUTOPAY’s VP of Software Engineering, to build out their tech team to have a strong developer culture.

“They empowered me to feel free to set up whatever I felt needed to be done culturally to attract developers,” said Red.

Gryth added that under Keating, AUTOPAY’s tech team is more diverse than other teams, along the lines of gender, education history and more. “I think we’re at least 40 percent women… it’s cool that we’re a diverse team from different backgrounds.”

And the work environment is friendly, too. “People here are surprisingly flexible about where you work from,” said Blue. “It’s more about whether you get your work done. Nobody’s backed up wall-to-wall with what they have to do.”

He added that even though finance companies are typically known for having a really rigid dev environment, that’s not the case at AUTOPAY. “I don’t think anyone here even wears a suit.”

Blue said his favorite part of the job is working with the company’s stack. “I’m always a person who’s not afraid to try new technologies,” he said. “We use Ember.js for front-end and then we drive all of that through a Node.js middleware. I always enjoy digging through our stack and how it works. The tech stack is pretty flexible. We implemented Node.js on the fly... which solved a lot of pain points we were having.”

Red agrees AUTOPAY's stack attracts developers. "When you build things from scratch, you get to choose what you want," she said.

Gryth said moving from working in civic tech to fintech is a huge shift. “When Kathy brought me on I was like, ‘Really?’ but it’s a really interesting area because there are a lot of moving parts we have to integrate and work with,” he said. “From a tech standpoint the industry itself isn’t on the cutting edge.”

Gryth said the auto financing industry’s tech lag means what AUTOPAY is doing makes a huge impact on consumers. “We help consumers out in the world start to enjoy the car buying experience,” he said. “If we can take that anxiety away, I think that’s a big deal.”

The company’s work doesn’t only affect consumers. “Our devs realize what we’re building is pretty big,” said Luna. “It’s already having an impact.” She said one member of their team decided to buy a car and started using AUTOPAY as a consumer. “He’s making something that’s viable and tangible in the real world that already affects him as an individual,” said Red.

Even though they’ve made headway with process, Red said it’s still the biggest challenge she faces in her job. “We’re still trying to find project management software we’re happy with, but things are getting easier every day,” she said.

For Blue, the biggest challenge is keeping up with all the moving parts. “Because we are implementing a lot of tech things that are constantly changing, it can sometimes be a little painful with patches and adjustments that come down,” he said.

And for Gryth, the biggest challenge is balancing AUTOPAY’s potential with what they’re able to do at any given time. “There’s so much opportunity,” he said. “There’s so much we could be building. Finding the right pace for that is hard... we push the dev team pretty hard to build things. We want to get better at balancing the workload to something realistic.”

Interested in working with AUTOPAY? You can view their open jobs here.