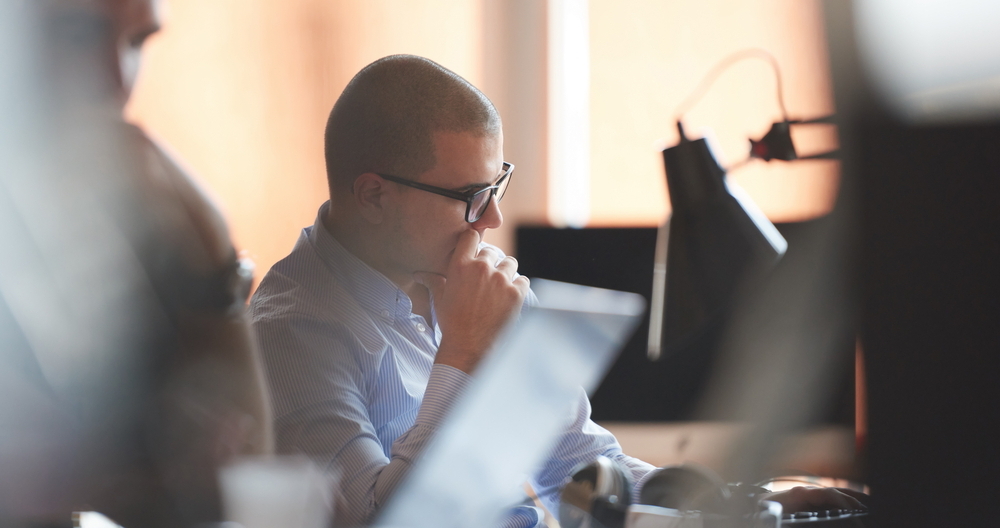 Call it the “startup slowdown” — Colorado’s funding environment has grown tight recently, especially when compared with where we were last year.

By this time in 2015, Colorado tech had raised nearly $325 million. In 2016, companies have brought in nearly $106 million. And the average round has decreased, too; in the first quarter of 2015, Colorado companies averaged $8.7 million per round, whereas the average for Q1 of 2016 is $3.3 million. Investors have become more discerning about where they put their money — and it’s not just happening in Colorado.

So, what’s a startup to do in this environment? We spoke with players in this space — companies seeking funding and ones trying to help — about their experiences, the challenges they’ve faced and the advice they have for members of Colorado’s startup community who are also trying to raise money.

Hart Williams, founder and COO at

They’ve cut expenses in order to extend the life of their existing capital. They’ve also become more diligent about their fundraising process, researching investors and developing a strong strategy for approaching them. And they gave plenty of consideration to their valuation, ultimately deciding to give up “a decent chunk” of the business through dilution. “We eventually landed on a number we can really stand behind, and I think investors appreciate that,” said Williams.

He added the most challenging part of going after new funding is the time commitment. “We are investing heavily in our development at the moment, and fundraising keeps us out of the office and away from that effort,” he said. “Fundraising is a delicate balancing act.”

“The tightened funding environment has really forced businesses, regardless of stage, to focus on underlying business fundamentals,” said Eric Grossman, CEO of

In his experience, investors are more comfortable when approached with concrete proof of a company’s value, instead of what the company’s vision may be.

Grossman said they’ve coped with the tightened environment by ensuring they have recurring revenue, moving pilots to multi-year contracts and focusing on investors who’ve already proven they understand the business and industry. He added NextHealth was also able to raise some debt capital from the City of Denver, saying they’ve been “extremely supportive” of healthcare IT.

Despite having some success in fundraising, Grossman said a key challenge is an increased sense of risk avoidance on investors’ parts — they’re looking for somewhat already-established companies who are doing something different, but aren’t getting too risky with it. “Without funding, it is difficult to gain market traction, so it’s kind of a ‘chicken and egg’ problem,” he said.

Harbert’s company, BridgeVC, seeks to match Colorado companies with out-of-state investors they may not have originally considered. He said while a lot of local entrepreneurs have strong networks with connections to local investors, they neglect to understand the importance of a national network.

Harbert added that even with a slowdown in funding, companies are still raising money and investors are investing “at a healthy rate.” He said BridgeVC is active in building relationships between startups and investors — and they’re regularly working to diversify the types of investors they work with. “If we only have investors that invest in SaaS companies then we’re missing a great opportunity to help other businesses that don’t fit that model,” he said.

Think outside the VC firm

Enova
View Profile
We are hiring
Across the street from Civic Center Park and a short walk from the Capitol Building.
wants companies to consider other ways of raising money besides VC funding. They work with businesses from all industries — not just tech startups — to offer a wide range of products, from short-term loans to lines of credit up to $100,000.

Miranda Eifler, OnDeck’s senior manager of marketing communications, said most companies come to OneDeck when they’re approaching a period of growth, but they can’t or don’t want to go the usual route. “The traditional lending process is timely, inefficient and often ends with a ‘no,’” she said. But, Eifler said, OnDeck is able to deliver decisions and even funding in as little as 24 hours.

As far as advice is concerned, Eifler said the usual fundraising routes aren’t always the best for every startup. “Our advice to business owners is to really understand their options up front so they can make the best decision for their business,” she said.

Williams shared similar sentiments, saying businesses with a strong foundation who are also testing innovative ideas will still be attractive to investors, but that focusing on venture returns could hurt companies in the end. “Build a stable, sustainable business, and maybe you will be able to create something that can generate a venture return,” he said. “Don't build toward venture returns, because in the end that won't be sustainable.”

And, according to Harbert, if companies do decide to seek VC funding, they need to know everything there is to know about their business, including the most minute financial details, market size and competitors. He said, “By the time you meet with an investor you should be able to spit out every number or metric like you’re reading it straight from your laptop.