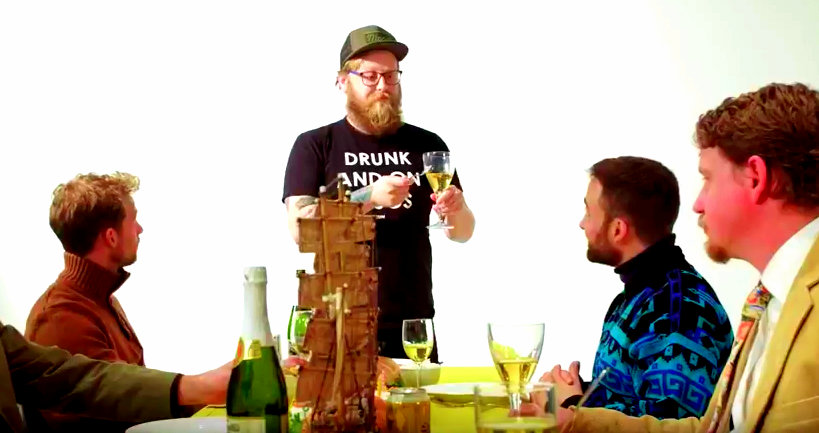 In early 2015, Scott McDonald and Gavin Anstey set out to re-create Andy Warhol’s Factory. Nearly a year later, the collective of freelance creatives have released their first demo reel — and, like the collective itself, it’s a bit nontraditional. With an advisor like advertising legend Alex Bogusky and their first original product spinning off to become its own company, this not-quite-an-agency agency is making big moves in Denver.
Anstey said

Lumenati
View Profile
Follow
really got its start with the community. "We had been working in advertising and production for a few years and were consistently using the same freelancers on our projects," he said.
At a certain point Anstey and McDonald started to convince them to work within their space — they wanted to start building a collaborative atmosphere and vibe. "We just didn’t feel like there was a cool, creative hub for freelancers and creatives to gather, Anstey said. "We wanted to create that space."
From there, word started spreading and Lumenati has now grown to a core group of freelancers and creatives who tackle everything — branding, business strategy, video production, graphic design, website development, social media and even app development. "It’s such an awesome place to work and just hang out," Anstey said.
Even though the group is composed of freelancers with clients of their own, Lumenati members often work on the same client projects together. "We like to have fun with our work and aren’t really looking to do the same thing that everyone else does," said Anstey.
The same goes for Lumenati’s demo reel, a common tool for agencies and freelancers alike to show off their client work. "None of us wanted to do a traditional one that merely showcases work," said Anstey "We wanted to have some fun with it, give people a reason to watch."
They turned to "one of the most iconic scenes in filmmaking history" — the food fight scene in Animal House. "It’s just the best," said Anstey. "Everyone wants to be in a food fight because of that movie. It’s just something you have to do. So we took that inspiration and just had at it."
They loosely sketched out what would happen to whom, rented a studio, got all of the food and then "just went to town." Anstey said.

While Anstey said Lumenati’s number one goal is to produce great creative projects, they have some other plans in the works too. Their flagship product, an iPhone camera rig fashioned after the vintage Super8, is now its own company — and they’re working on big things, too.

According to Anstey, Cinebody just finished a large raise and they "have some top secret software" they are developing. They plan to release the Cinebody Pro this summer, which will no doubt add to their and other creatives' capabilities.