Why this Colorado startup decided to open a coworking space 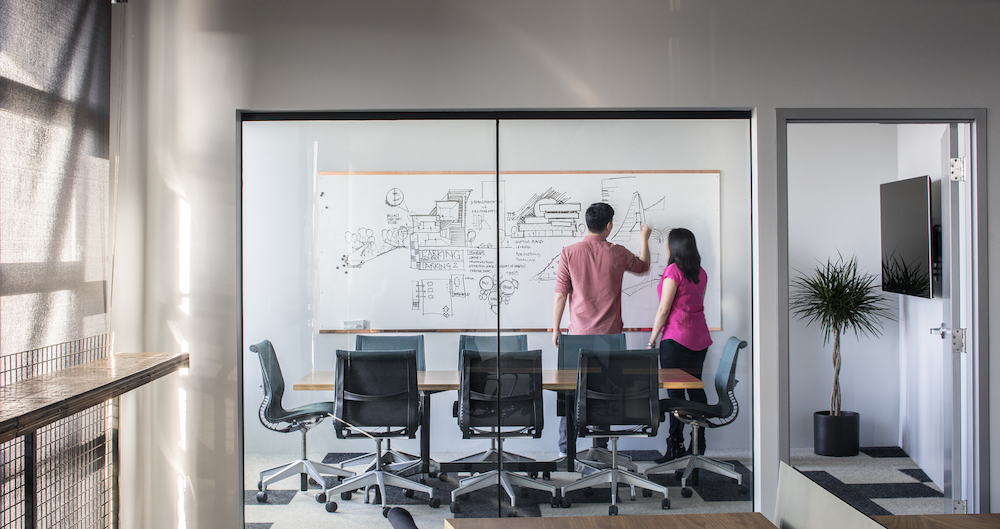 With the rise of remote work and small startup teams, coworking spaces are cropping up all along the Front Range and even into the high country.

Many spaces are tied in with existing networks like Galvanize

or WeWork , but Denver’s Assembly was born out of one startup's need to use up some extra office space.

Following the growth of their team, Tack Mobile ran out of space in their old office and had to expand into two. They split their design and development teams, and even though they were only separated by a hallway, it became a huge challenge for the team.

Drawn by the area’s proximity to downtown, existing community and parking availability, Tack Mobile moved into an 8,000 square foot unit in the TAXI campus. They quickly realized they only needed half of it and decided to share the space with other companies and professionals.

While opening Assembly was initially meant to be a short-term fix, it soon became something more strategic and long-term. They didn’t just want to rent the desks out on a third party site, they wanted to create a community hub for creative digital companies. Tack Mobile had heard of similar companies like NYC’s Fueled and were inspired to build a community where they could get to know other people in the industry.

Tack Mobile’s team worked with an interior designer to create a compelling space, and they decided to carry some elements of their old office, like the open layout, to Assembly. Desks are clustered, members have access to sit-stand desks and meeting spaces are first-come, first-serve.

Assembly has played host to companies like Havenly and SearchSpring , but their membership isn’t limited to tech companies. “If I were to make up a term for our members, it’d be ‘tech-creative’ companies,” said John Myers, President of Tack Mobile.

Almost every member comes from something small, though — the average company size is five people. And while Assembly does have private office spaces for companies, about half of their memberships are individuals working remotely.

“We have the sense of community and family you can’t get from a larger organization,” said Faye Garcia Wolfe, Tack Mobile’s owner and VP of Client Services.

Culture and events are key to building that sense of community. They host mixer-style events for members and Tack Mobile’s team, and networking events provide opportunities for mutually-beneficial relationships to form. The Assembly team is careful to balance events and work, though — one member came to Assembly from another coworking space because they were regularly pushed from the space to make room for events.

The Assembly brand was initially created to stand alone from Tack Mobile, but the team found it more beneficial for the two brands to be related. Now, they’re working to better integrate the two, and broaden their reach in the community. Assembly just joined the Denver Coworks Alliance and will host a few free coworking days in March and April, according to Tack Mobile’s Community Director, Leilani Rose.