What a marijuana tech startup can teach marketers about community 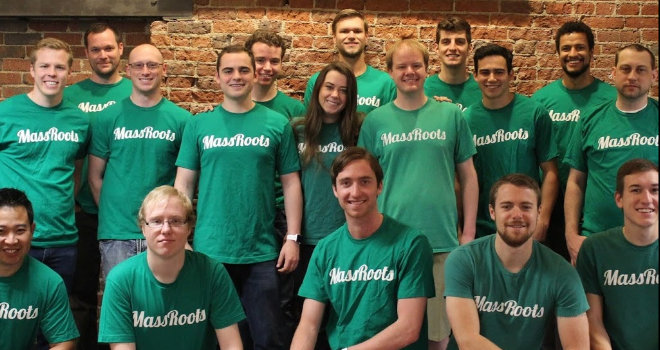 MassRoots
View Profile
Follow
’ app was removed from the App Store a year ago, the marijuana-themed social network rallied their users to petition Apple to allow the app to return. The campaign led to more than 10,000 members of their community advocating for the app, and Apple ultimately reversed their decision.

The App Store tale is only a small testament to the loyalty of MassRoots’ user base. Their success with community strategies has lessons for startups of all stripes looking to grow organically. The company, based in Denver, has seen massive growth in the past year — they expect to reach a million users near the middle of next quarter.

Though MassRoots has a handful of ads in the market, their key paid tactics still involve community engagement. The company purchased a large sponsorship package at the 4/20 rally in Denver last year. “It was our first time going after some growth more aggressively,” said Stewart Fortier, MassRoots’ co-founder and CTO. “It was our way of showing we’re really involved with the community. We don’t have a big war chest to do big paid campaigns, or anything that’s too out there.”

A key feature of MassRoots’ community strategy is how they engage with users within the app. They have a team in-house that produces content cannabis consumers will like, which is posted to the official MassRoots profiles within the app. Moderation and community management also play a huge role with their users — MassRoots even has a team dedicated to interacting with their community. “It creates a feedback loop,” said Fortier, where content and engagement create more users, who then give the team more to work with. 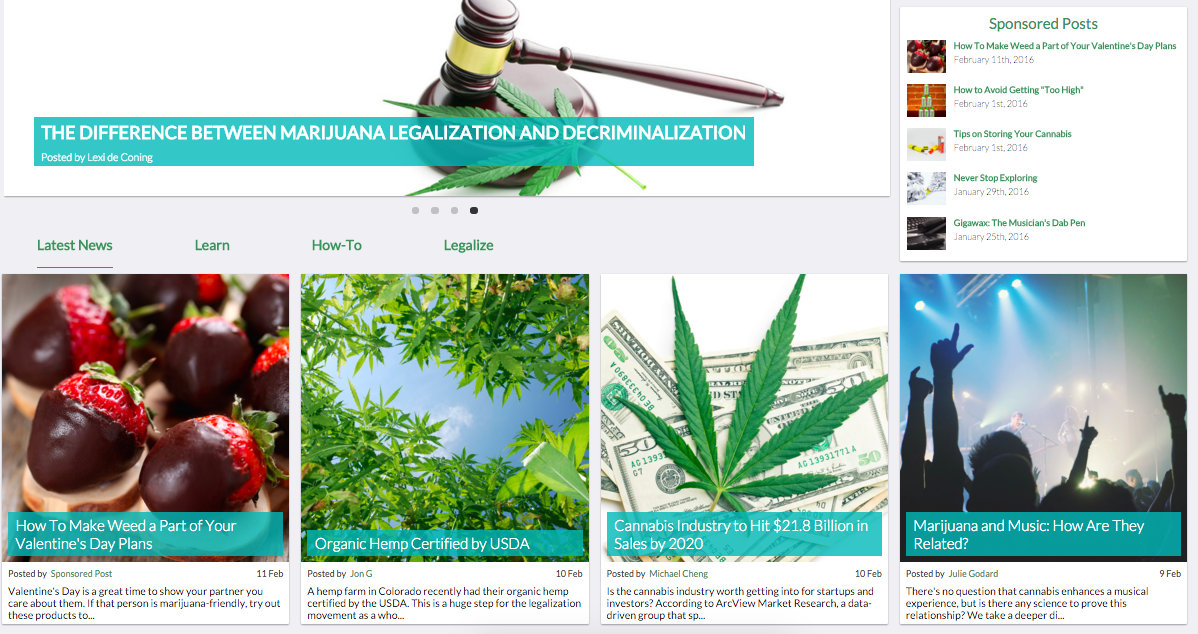 MassRoots has an active presence on more traditional social networks, too. They have more than 160,000 followers on Twitter (and an oh-so-coveted Verified badge), nearly 264,000 likes on Facebook and strong engagement on their Tumblr and Instagram accounts. MassRoots’ social media channels were a natural part of their growth strategy. “There are a ton of people already on social media who follow cannabis-related accounts and topics,” said Fortier. “We can use that for user acquisition because we can tell they’re already interested in cannabis.”

Their blog covers everything from how to roll a joint to updates on legalization efforts, which in turn becomes content for their other platforms.

Like most other tech companies, MassRoots’ users influence their product decisions in a number of ways. The app is similar to a lot of other social networks, making it easier for users to understand from the moment they sign up. But the loyal community MassRoots has built means they have more opportunities to engage with users directly. Users can submit product feature requests within the platform’s support feature, and other users can vote on which ones they’d like to see in a Reddit-esque version of relevance filtering. The most popular suggestions get upwards of hundreds of votes. “Someone requested we make the like button a cannabis leaf,” said Fortier. “We made that change and everyone totally loved it.”

As for their role in Colorado’s startup community, Fortier said he hopes more people will start to see MassRoots as another interesting tech company instead of just a marijuana-related brand.

MassRoots co-hosts a monthly cannabis tech meetup in Denver with an average of around 100 attendees.

The marijuana angle easily lends itself to community growth, but all marketers can learn from MassRoots’ organic growth strategies. Seeking out opportunities to grow organically with a community model can save startups money, turn users into brand advocates and even lead to unexpected results — one MassRoots power user was so active in the community, they hired him to their marketing team.