5 job search mistakes you didn't know you were making

From a job candidate who tripped right before her interview and arrived still bleeding, to someone who wore flip flops to a formal interview, recruiters have plenty of horror stories. If you're searching for a job, though, you run the risk of disqualifying yourself for something more common. We spoke with a few recruiters about the most frequent mistakes they see from candidates — and asked what you can do to prevent them. 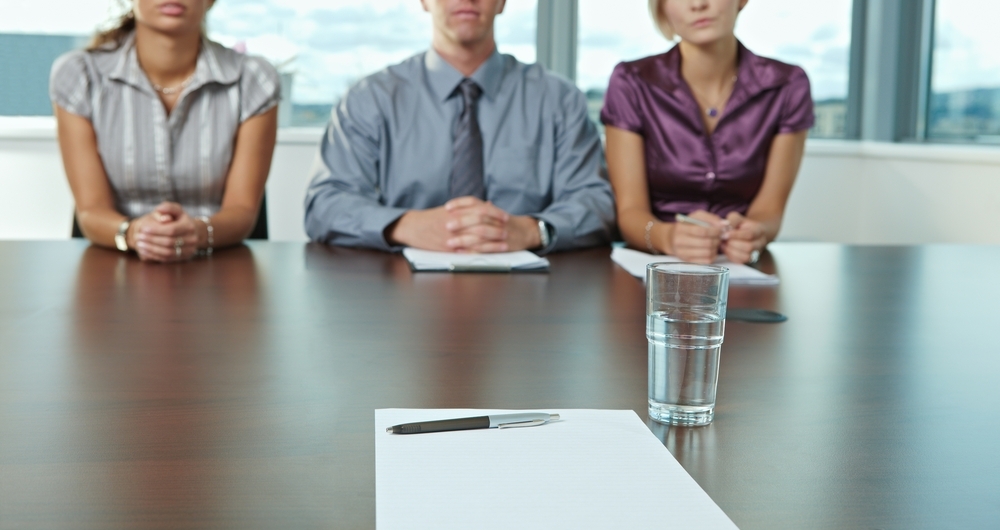 Your mistake: typos and formatting issues

Many job seekers submit applications riddled with typos, from spelling and punctuation mistakes, to grammatical errors like changing tense in the middle of a sentence. Formatting is also an issue, especially when it comes to separating skills from professional experience. “I want to see what skills you’ve developed and which jobs they’re from,” said Reed Kremer, a recruiter at

GutCheck
View Profile
We are located a block away from the city Target downtown with tons of delicious restaurants by us. Five On Black, French 75 and Guard and Grace!
Follow
. “I really don’t like to see the jobs and the skills split apart. I want to see how your skills have progressed throughout your career.”

What you should do differently: get a second set of eyes

Make sure you proofread your resume and cover letter multiple times, and don’t be afraid to bring in reinforcements. “Always have an extra pair of eyes on the resume, if not three folks,” said Dave Mayer, CEO at recruiting firm

Technical Integrity
View Profile
Follow
. “Be strategic in the people you have looking it over. It’s got to be people you respect from a business standpoint, not just your roommate.”

Your mistake: writing a “one size fits all” resume or cover letter

Every single recruiter we spoke to had a major complaint about job seekers: “Not many people take the time to do individual resumes for individual roles,” said Mayer. “People try to repurpose things.”

What you should do differently: customize it for each position

Writing a custom resume and cover letter for every single position can seem like a daunting challenge, but you don’t have to start from scratch every time.

“You can have a basic resume to tweak a little for each one, but make sure you’re highlighting what makes you qualified for that job,” said Melissa Paradiso, an account manager at Blackstone Technology Group.

Your mistake: not doing your research

Not knowing anything about the company you’re interviewing with is one of the quickest ways to make things mega awkward — same goes for sending in an application for a job for which you’re not qualified.

“I'm all for pushing and reaching to get to the next level,” said Sarah Miller,

Havenly
View Profile
We are hiring
’s Sr. Director of People & Culture, “but if we're looking for someone who's successfully led a team, and you've never managed anyone, it's just not going to work.”

What you should do differently: know your audience

Mayer says it’s important to do your homework on the position and the company itself. “Look at their Twitter feed, the hiring manager’s social media — learn everything about these folks you want to work with or work for.” He also said job seekers should know hiring managers will be looking them up, too — on traditional social media sites, but also on GitHub or Dribbble.

Your mistake: lying or twisting the truth

Recruiters talk to a lot of candidates, pretty much all the time. They can tell when a candidate is lying, which is a quick way to get disqualified for a position. While it’s easy to rattle off programming languages on a resume, most technical jobs have coding tests. “If a candidate is not willing to do that or they’re dragging their feet on getting their answers to us, that’s usually a red flag that they’re not experienced,” said Paradiso.

What you should do differently: be honest

Honesty goes a long way, even if you’re not 100% qualified. Paradiso said job seekers should be honest with their recruiters or hiring managers, and help them see why they’d be a better choice in the long run. And if you get a bad vibe during the interview, it’s okay to take your hat out of the ring. “Your new job should be a great fit for both parties, and if you don't think it is, say so,” said Miller.

For some people, getting a call or email from a recruiter can send them running. But if you really want that job, don’t dive for the “ignore call” button. “If someone contacts you about a job and you don’t call them back right away, that just shows you’re not that interested in the job,” said Paradiso.

What you should do differently: remember, recruiters are people too

Go ahead and schedule that interview. “Sending a thank you note after an interview goes a long way,” said Miller.

But don’t harass the hiring manager, either. The process almost always goes more slowly than expected. “Realize that your recruiter is busy and has a lot going on,” said Kremer. “Not that we’re trying to leave you out in a lurch, but don’t panic – we’ll get back to you as soon as we can.”