Predictions from a futurist: How technology will shape the job market in 2016 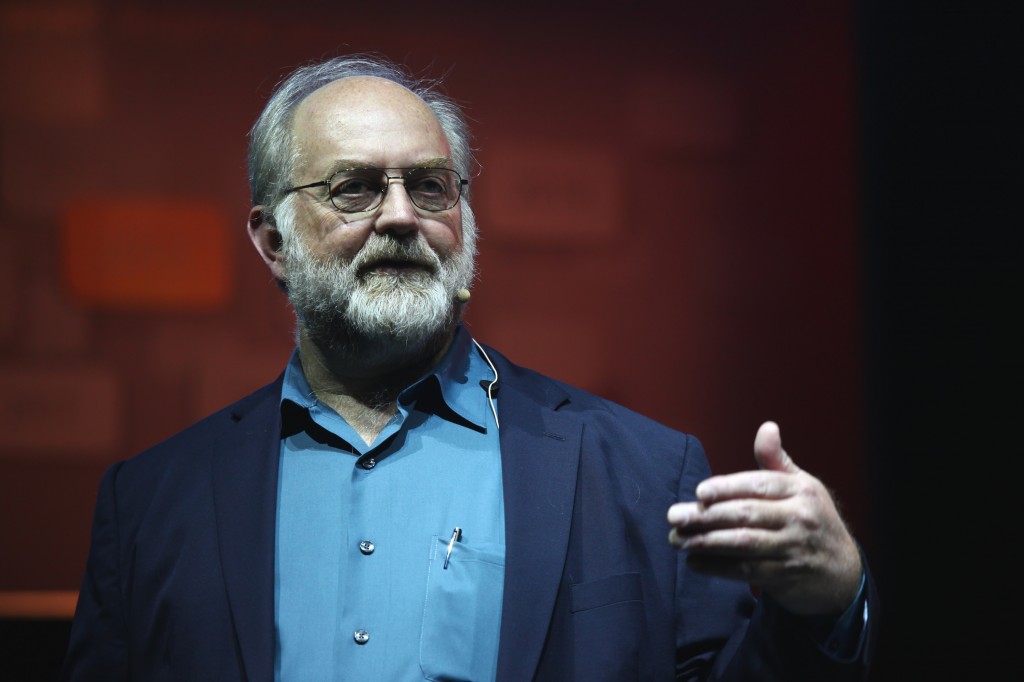 A futurist is a person who studies the future and makes predictions about it based on current trends. It's their job to give us an idea of possibilities that will allow us to make choices today.

Thomas Frey is the Executive Director of the DaVinci Institute in Westminster, Colorado. Frey is a futurist, a speaker and author, who specializes in, amongst other things, making projections about technology and its implications on society.

We caught up with Frey and asked him his thoughts on the future of Colorado, the tech economy and how it will affect the job market. Here's his vision for the future:

What will be the big new disruptive technologies of 2016? Even though many of these technologies have been in the works for years, we are baby-stepping our way into a radically different world. For this reason the iterations are becoming more important than the innovations.

As an example, every year TVs get a little brighter, a little bigger, more connected, with better apps, higher resolutions, slightly faster processing, with a little more storage, and slightly better battery life. While there are no major breakthrough innovations, every iterative improvement, in aggregate, represents a significant technological leap forward.

In 2016 there will be increased emphasis on:

1. The Connected Car: The connected car will transition our transportation world from physical products to digital ones. This means that changes will start to happen exponentially faster.

Connected cars will help us make the transition from gas/diesel-powered vehicles to electric, and pave the way for both autonomous and driverless vehicles.

2. Internet of Things: We are on the path to 50 billion devices connected to the Internet by 2020, so expect to see connections to things you never imagined needed connecting like smart pet doors, height adjustable shoes, and kid-tracking drones.

3. 3D Printing Material Breakthroughs: 3D printing in plastics and resins is so yesterday. Get ready to print in literally thousands of different materials from wood fibers, to macadamia nut shells, to wool, and much more. Then, add a few sensors to the mix.

4. 3D Scanning: Scanning booths will be cropping up everywhere as our love for “selfies” gets replaced with “shapies,” little 3D printed statues and action figures. We will also see a surge in new scanning technologies ranging from combinations of LIDAR, sonar, infrared, OpenCV, ultrasonic, and more.

5. Multi-Functional Drones: While most people are talking about flying drones, it’s import to remember that drones can also roll along the ground, stick to the side of a building, float in a river, dive under water, jump onto a building, climb a tree, and attach themselves like parasites to the sides of trains, ships, and airplanes. Many future drones will have multiple capabilities built into them.

6. VR Therapy: Virtual reality immersive therapy is a form of psychotherapy that uses virtual reality tech to treat patients with anxiety disorders and phobias. It will also show up in many forms for working with people who have learning disabilities.

7. Equity-Based Crowd Funding: Equity-based crowdfunding allows entrepreneurs to reach investors interested in purchasing equity in their startup or other privately held small business. This is in stark contrast to past fundraising efforts on sites like Kickstarter and Indiegogo where founders do not give up a percentage of ownership in exchange for the cash. Equity-based crowdfunding will essentially create an entirely new channel for finding money for a startup.

8. Coworking: Coupling the sharing economy with a growing number of freelancers, new business models, and the failures of the commercial real estate industry, and we have the perfect storm for a surge in coworking. Projections now show that 45 percent of workers will be freelancers, temps, independent contractors and solopreneurs by 2020. Studies show that with coworking, 70 percent reported they felt healthier than they did working in a traditional office setting, 64 percent reported they were better able to complete tasks on time, 68 percent said they were able to focus better while co-working, and 91 percent have better interactions with others after co-working.

What industries will bloom next year? We will begin to see the word “smart” applied to virtually everything as the digital world steps its way into traditional products – smart shoes, smart clothing, smart jewelry, smart pet collars, and smart pillows enter the public lexicon.

As a result, the demand for computer programmers will reach new heights along with a huge demand for social media experts, drone pilots, and cyber security gurus.

The sharing economy will continue to grow exponentially as Uber and Airbnb pave the way for similar business models in virtually every industry.

Which ones will take a hit? Traditional retail stores will continue to suffer as online shopping and rapid home delivery replaces the crowded store experience of old.

Cable TV will see many more “cord-cutters” take the leap. The traditional wedding industry will see its numbers erode, along with paper-based newspapers, the taxi industry, and for-profit colleges to name a few.

What jobs do you see becoming obsolete or replaced by technology in the future? Oxford researchers analyzed the skills of 700 different occupations and concluded machines will take over 47 percent of them.

However, for each of the endangered jobs, I can also come up with several logical offshoots that may amount to a net increase in jobs.

As an example, traditional lawyers may transition into super-lawyers handling 10 times the caseload of lawyers today. Limo drivers may become fleet operators managing 50 to 100 cars at a time. Painters may become conductors of paint symphonies with robot painters completing entire houses in less than an hour.

If it cost a tenth as much to paint your house, you’ll simply do it more often. This same line of thinking applies to washing your car, traveling around the world, and buying designer clothes.

Are there any new jobs/industries you see being created? Actually, there are tons of new jobs being created, even though a growing percentage are freelancer and contractor positions.

As the nature of work changes, there will be a growing need for transitionists, expansionists, maximizers, optimizers, inflectionists, dismantlers, feedback analyzers, contexualists, ethicists, philosophers, and theorists.

What are you most excited for in 2016? Equity-based crowdfunding has the potential to radically alter the business landscape, and it’s not just for startup entrepreneurs.

I also see a bright future for Micro Colleges. The systems used to create colleges centuries ago seem justifiably primitive by today’s standards. Learning formulas for nearly every degree are based on hours, one of the least important considerations when it comes to assessing talent. Colleges today cost far too much, and they take far too long. For this reason, a new wave of full-immersion skill training centers, or Micro Colleges, have begun to emerge.

Look for Micro Colleges to crop up around every hot new industry including VR, 3d printing, Internet of Things, flying drones, crowd funding, cybersecurity, cryptocurrency, and many more.