For These Digital Advertising Pros, Impact and Success Is Intertwined With Growth and Learning

Learn how Adtaxi aims to create an environment for team members to engage, educate and excel with one another.
Written by Stephen Ostrowski

There’s nothing like the feeling of realizing the potential of a new job  — and having that take off into something fulfilling.

David DeHart said that when he got hired at Adtaxi, the advertising and marketing company “was still very much in the startup phase.” In that, he recognized a primed-for-potential environment.

“In my first year, all of it was very exciting to me. I saw what we were doing in programmatic advertising as very nascent and chock-full of opportunity to help the company define a lot of its processes. Everything kind of snowballed from there,” DeHart said.

It’s “snowballed” into something fruitful: Earlier this year, DeHart notched his nine-year anniversary at Adtaxi. Hired as a mobile trafficker, DeHart held various positions before scoring the role he’s held for the past six years: director of ad operations. According to DeHart, the dynamism and excitement of the field have been among the factors that have caused the time to fly by.

“Being a performance-based agency, you also get a lot of gratification and fulfillment out of seeing your clients succeed, as well as seeing the people I manage succeed and grow,” DeHart said.

Conversely, DeHart’s colleagues, Sales Development Representative Rebekah Krieg and Account Strategist Renee Masters, are still in comparatively earlier stages of fashioning their stories at the Denver-based company. They both joined in 2021 and, as they continue to come into their own within their roles, described learning and benefitting from formal resources like webinars and wikis, as well as colleagues.

“The people make it possible. A lot of my growth has come from just learning from others,” said Krieg.

While Masters — who’s now nearly a year into her tenure —  has 8 years of industry experience on the operation side, this is her first position at an agency, meaning that it’s a “learning curve in terms of thinking as a strategist.” But it seems to be a solid fit: At a recent companywide meeting, she and another colleague were shouted out as “rising stars” at Adtaxi.

“For me, it’s been a big win to get to the point where I’m having a little bit longer reins to work with and feeling comfortable and confident in that, but also working with bigger clients,” Masters said.

Built In Colorado caught up with DeHart, Masters and Krieg to learn about the growth, culture and opportunities that have shaped their time at Adtaxi so far.

Rebekah and Renee, as newer team members, what attracted you to Adtaxi? 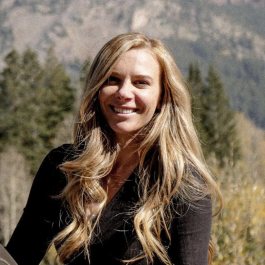 Masters: The company presented itself to be more performance-based with emphasis on the client’s success, rather than just the company’s. Additionally, I had previously worked with several women who worked for Adtaxi at the time that I applied. I really respect them and see them as role models and leaders within the industry.

Krieg: My interest in working for a digital agency is what really made me want to join Adtaxi. During the interview, you could just tell how genuine and transparent both the company and the people are. Everyone was very open and welcoming.

David, what are some things that you think have kept you at Adtaxi for so long? 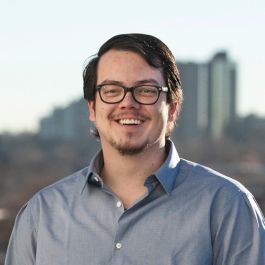 DeHart: The industry, I think, is a big piece of it. You’re required to always be learning. You have to be adaptable. Also, I think we do a good job of providing feedback. Not being such a big company that you feel like you’re just a small cog in this machine: There’s this feeling that you have people who are looking out for you and you have a voice up and down. It’s definitely not one thing. But it’s the convergence of a lot of factors that have also allowed Adtaxi to grow into what it is today.

What does Adtaxi do well to set new hires up for success?

Masters: The company’s done a good job of providing clear directions with links for training and onboarding so that you can work at your own pace. Once you start ramping up, they don’t just dump a bunch of work on you. They want to make sure that you understand everything. 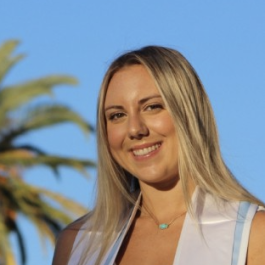 Krieg: I had the benefit of being able to go into the office for my first couple weeks. However, when we were back at home, the remote onboarding process was just as inclusive and interactive. What I love about the SDR position is that you get so much exposure within the company — right off the bat, you form relationships with all sorts of people, which really allowed for a good transition into this role.

Ramping up, they don’t just dump a bunch of work on you. They want to make sure that you understand everything.”

Rebekah and Renee, how do you stay connected to the team when working remotely? And David, as a people manager, how do you keep teammates feeling like they’re part of a larger group in this environment?

Krieg: It’s truly the people. What enhances the new-hire experience is everyone’s willingness to teach and their patience while we learn. I came in with not too much digital marketing experience. I’ve learned so much from people. There are also endless resources for me to access. It’s been great to be able to find a really great webinar on a specific topic, for example.

Masters: The team works really, really well together. They’re always there to help each other out. My manager’s always available to help out in any instance. There are also internal resources there for us. We have a whole wiki, as well as different resources like webinars, training and content to read.

DeHart: Companywide, we strive to maintain a strong culture, even though we’re remote. Our culture committee has done stuff like Family Feud, Jeopardy and The Price Is Right, as well as events like Halloween costume contests, for example. Having some fun amid all the work is a big thing.

What growth have you experienced at Adtaxi?

Krieg: Throughout the past few months of working here, the biggest growth I’ve had is just my confidence in sales. I think that is due to my team trusting me to do well in my role. We have the freedom to try new things and suggest ideas to newer team members as well.

Masters: This is my first time as a strategist. For me, it’s a new hat to wear. I’m learning the new platforms and the strategies behind those platforms to achieve the best performance. As a whole, there are so many different ways to learn and grow here. There are multiple sources that you can tap into in order to be the best in your role that you can be for the client.

DeHart: One thing I’m proud of is that I’ve created a management growth path through my own growth from team lead to team manager, and then director to senior director. None of these positions existed before I embodied them. It’s nice for my peers and other managers to now have a more defined growth path for their trajectory.

We have the freedom to try new things and suggest ideas.”

Lastly, looking back, what’s been your biggest success story at Adtaxi so far?

Krieg: Our daily job is to get people through the lead qualification process. We have the structure to do so, but we still have the freedom to handle leads how we want to. It’s been nice to have that freedom and that trust. Having that growth be recognized is huge.

DeHart: If I had to choose one, I’d say our consolidation of demand-side platforms from around five into one. I was a big proponent of pushing all of our programmatic media buying into The Trade Desk, and it has created huge efficiency gains, allowed us to compound knowledge on a single platform and strengthened our partnership with The Trade Desk.

Responses have been edited for length and clarity. Images via Adtaxi.