Web Developers Are in High Demand. Here’s How One Innovative Tech Company Attracts the Best.

IHS Markit Digital discusses the importance of finding — and cultivating — one of tech’s most important individual contributors.
Written by Erik Fassnacht

“Every company is now a tech company.”

This statement has become a mantra for many businesses in the modern world — a place where going digital is no longer a competitive advantage, but an expectation for doing business. One of the major takeaways of the transition: If every company is now a tech company, there’s an increasing demand for people who can craft the environment of this post-digital landscape.

Accordingly, the U.S. Bureau of Labor Statistics reported that the employment of web development and digital designers is expected to grow by 13 percent from 2020 to 2030. As web developers are increasingly in demand, companies like IHS Markit Digital have put systems in place to attract, train, transition and mentor web developers and designers to excel in creative and innovative atmospheres. 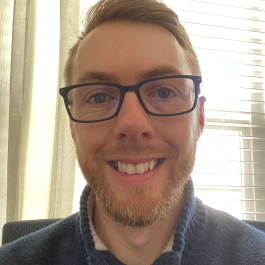 “I think they’re the most important voice in the company,” said Engineering Manager David Becker. “Web developers can directly affect the direction that an application goes because of the autonomy they have to create.”

To learn more about how IHS Markit Digital attracts and cultivates web developers and designers in a highly competitive environment, we sat down with Becker and Director and Senior Principal Software Engineer Sebastian Moderski — two employees who began as web developers and have flourished in their careers — for an extended conversation.

IHS Markit Digital At a Glance

IHS Markit Digital’s goal is to put the individual investor at the center of everything they do. IHS Markit Digital transforms complex financial data into intuitive and impactful visualizations, helping businesses deliver their data to clients in a way that’s approachable, actionable and engaging.

Why are web developers so hard to find? And why do so many of them need to make transitions to get into that role?

David Becker: That’s a great question. It’s such a competitive industry, and there is so much opportunity in the industry in general. So many companies are going in the direction where they offer a lot of digital services. For example, industries you wouldn’t have expected to have digital services, like restaurants, are now embracing online ordering. I play fantasy football, and the apps that they’re creating are phenomenal. A lot of them are web-based. Everyone has such a high need for quality web developers, and we’re no exception. So I think the competition in the industry is also part of what makes it challenging to find such good web developers.

Sebastian Moderski: I would echo David’s sentiments that it is a very competitive industry. I would also say that software development in general is such a wide-ranging industry — there’s front-end work, middle-tier and back-end work. There are all sorts of different degrees that a person can have and get into this industry. You don’t necessarily need to be a computer science major — I was actually a computer and electrical engineering major. So I could have gone the software route or the hardware route. And, you know, there’s all these new kinds of fields as well: blockchain, cryptocurrency, AI, robotics and so on. Tech just encompasses so much. That’s why it’s hard to find people that are very focused on specific technologies and specific industries.

We try to find the best fit and the best role for everyone — there’s a lot of opportunities for professional growth.”

Your company not only directly hires web developers and designers, but you help interested employees transition into that role. What about the company makes this transition easy?

Becker: At our company, we work in an agile environment, which lends itself incredibly well to opportunities across the board. There are some engineers who just want to code, and that’s fantastic. Sebastian and I are two great examples of the different paths people can take here. Sebastian has stayed on the technical path — he’s a solutions architect. I, on the other hand, went into management. The leadership at Markit Digital wants you to be happy and to enjoy what you’re coming to work to do every day. We try to find the best fit and the best role for everyone — there’s a lot of opportunities for professional growth.

As a manager, I’m constantly in communication with devs on my team. I try to do weekly check-ins at a bare minimum, which is especially important when we’re all remote. Overall, I think that the desire to move into a new role is a conversation that happens naturally if you are keeping a pulse on your teammates; you start to get a sense for what they’re enjoying and what they’re not enjoying. It also allows me to make a recommendation like, “Hey, I noticed that you really enjoy doing this. Have you ever considered being a product owner?” Or, “Do you have any interest in management?”

What sort of skill-building tasks are used to begin the transition to web development?

Moderski: Let’s say you have a member of a QA team that’s on your feature team. If they want to get into development, you start them out with some minor tasks. For example, you can say, “Here’s a pretty easy bug fix. Let’s see if you can get this application running on your machine.” And part of the process is to have them just start playing around with the code and seeing how the changes appear on the screen. I’m a firm believer that the best way people learn is by actually doing things themselves. So just giving them small little technical tasks to take on is the first step in the transition process.

Is there a mentorship program that can also help with these transitions?

In addition, the broader IHS Markit organization has a global mentorship program, which allows you to sign up to be a mentor or a mentee, and then they will go through and try to pair people so you have an official mentor. If you’re somebody like me who maybe wants to move into an executive or technical group director role, it would be important to be paired with somebody who is currently in that role in order to facilitate your growth. 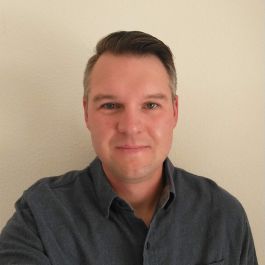 Moderski: When you sign up as a mentor in the global program, you can actually mark off the specific areas you want to be a mentor for. So it could be web development, SQL development, public speaking, project management and so on. You just check off the areas you feel like you’d be a good mentor in. And then for anyone that comes into the system, they can see what your title is and what your mentoring interests are in order to make a selection.

When you sign up as a mentor in the global program, you can actually mark off the specific areas you want to be a mentor for.”

How much autonomy and freedom does a web developer at the company have?

Moderski: I think developers and feature teams as a whole have a very good amount of decision-making power, particularly in terms of the applications they develop. For example, we don’t mandate a particular framework to build a front-end application such as React, Angular or Vue. As long as the team makes an informed decision — and it adheres to our CI/CD development principles — teams really do have the freedom to build applications as they see fit. We allow them to determine the best solution for their clients.

Becker: I have never seen a client’s vision on day one make up a hundred percent of the end result. They come to us because we’re experts at what we do. Our clients might say, “This is our vision, can you help us achieve that? What recommendations do you have?” That attitude in itself just shows how much creative purview and authority our design team and web developers have.

It’s great to have the freedom and expertise to be able to say to a client, “Hey, this isn’t going to function very well. What if we actually made it this way? What if we made this table independently scroll on the right side and leave the left column static — that’ll be a better user experience.” Our communication with our clients is great. We see ourselves as an extension of their team. And so we build up that trust, which means our teams have autonomy and creativity.

I always like to reference what Steve Jobs said: “It doesn’t make sense to hire smart people and tell them what to do. We hire smart people so they can tell us what to do.” That has always resonated with me, and I always try to take that mentality with the devs on my team — they are the experts here; I don’t know the ins and outs of React like they do. I want them to tell me what’s going to work. I think the web developers at the company enjoy and respect that.

Let’s go even more micro: What’s a day in the life of a web developer like at IHS Markit Digital?

Moderski: As an agile development shop, a web developer can expect to partake in the typical ceremonies: daily sprint planning, grooming and retrospective. We’ll have those meetings several times per week. The bulk of the daily work is going to be working on features and bug fixes for your client’s applications. A developer will typically write unit tests, evaluate the performance of their application and engage in collaboration with QA experts and design teams. All of this occurs in a very flexible schedule that embraces work-life balance.

Becker: And that innovative work leads to those major moments — when you click that button to check out your code into production. You know that the next day when the market opens, hundreds of thousands and potentially millions of people are going to see what you just pushed to production. That’s a very good feeling.

It’s also a great feeling when people outside the company recognize what you’ve done. You could be hanging out with one of your buddies and they might say they’ve been thinking about investing in some stocks and using so-and-so’s stock screener, which has these really cool features. And then you can be like, “Yeah, we actually built that.” It’s awesome.

Moderski: To me, the best part of being a web developer at this company is that you get to develop tools that are an integral part of managing financial portfolios for millions of people. These are very highly trafficked tools. It’s so fulfilling to know that you’re potentially affecting the lives of so many people.