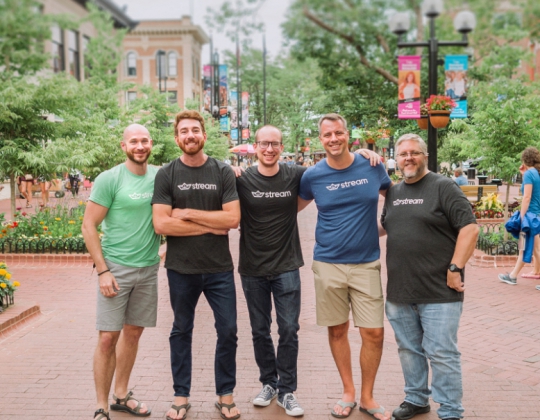 Boulder-based tech company Stream announced this week the closing of a $3 million funding. The latest round was led by Arthur Ventures, with support from Galvanize, Techstars and others, bringing the company’s total funding to date to $4.75 million.

The startup, which was founded in the Netherlands in 2014, offers an API for building, scaling and customizing feeds — similar to those seen on Facebook, Instagram or Twitter. Rather than dedicating in-house resources to developing a feed feature, businesses can integrate the Stream API into their application and personalize it as they see fit.

“In the past startups like Twitter, Instagram, LinkedIn, Tumblr, Facebook, Quora and Friendster had to invest a huge amount of resources into their feed tech,” said CEO Thierry Schellenbach in a statement. “We all remember Twitter’s fail whale, Tumblr’s year of technical debt and Facebook’s five-second load times. It’s exciting to see a new generation of startups leverage services such as Stream and focus on the unique aspects of their business instead of reinventing feed tech.”

After participating in Techstars New York, Stream moved its headquarters to Boulder in 2015 where they’ve slowly grown the team from two people to 14. They’ve also grown their clientele to over 500 companies, solidifying the value and relevance of a simple, streamlined solution for building feeds — and other auxiliary features — into web apps. Clients include well-known names such as Product Hunt, Unsplash, Bandsintown, Fabric (part of Google), Vidyard, Hooq, Zoetis and PowerSchool.

"Feeds are the core of the world’s most popular applications, but are very difficult for development teams to build, scale, and maintain," said Arthur Ventures partner Patrick Meenan in the statement. "Stream is leading the way in providing feed technology as a third-party service and their rapid growth is a testament to the great value they provide their customers. We are thrilled to partner with this world-class team as they continue to build the market."

Committed to open source culture and laser-focused on product quality, performance and reliability, Stream plans to use the new capital to accelerate innovation and product development and continue growing its team in Colorado.

Know of some breaking tech news we should be covering? Send us a tip.