Throwback Thursday: 3 leaders reflect on tech in the 80s and 90s — and make forecasts for the future 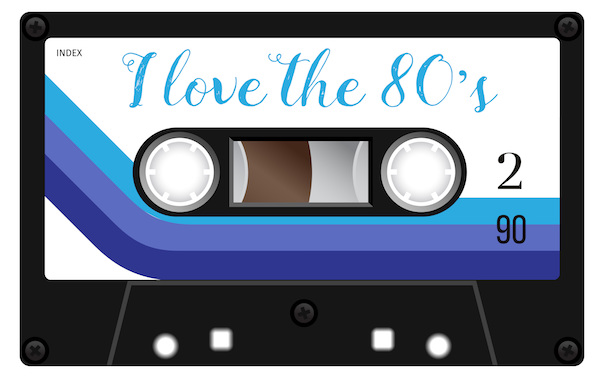 In Colorado, it's easy to see how current tech trends are pushing industries forward, and fast. With the advancement of the internet, smartphones, cloud technology and mobile apps, businesses and consumers have more power and agility than ever.

Rewind 20 or 30 years — as we're doing here — and you'll get an entirely different picture. We’re throwin’ it back to the 80s and 90s. Three Colorado tech leaders share what their industries looked like back in the day — as well as their thoughts on what the future holds. 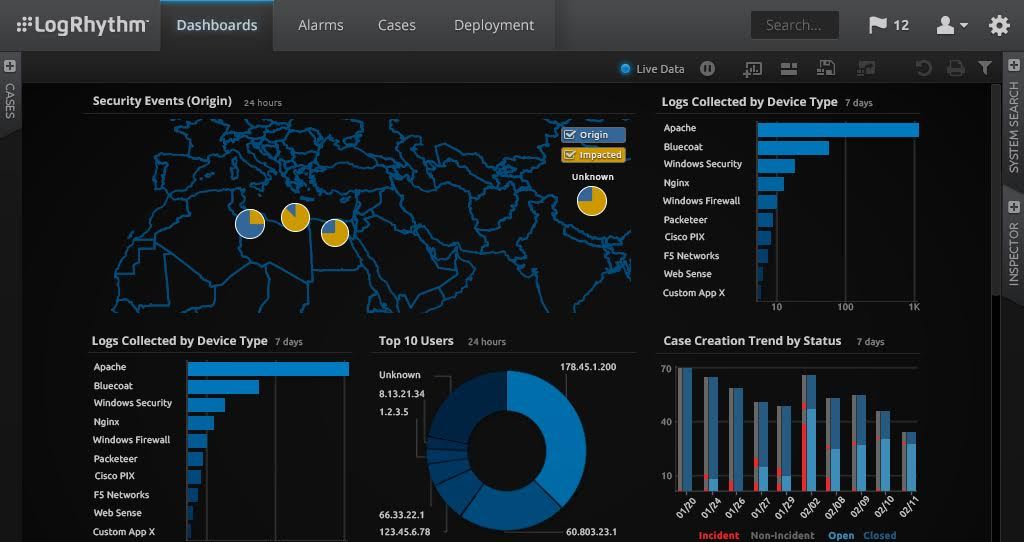 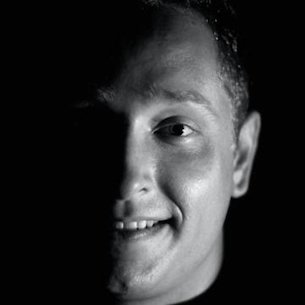 These days, cybersecurity is a regular part of the IT conversation, but that's a recent development. Not so long ago, cybersecurity didn’t even exist. In this Q&A, LogRhythm’s manager of global security operations, Greg Foss, looked back at the cybersecurity industry from its infancy to modern day.

What was the cybersecurity industry like in the 80s/90s?

The industry didn’t even exist, as the internet was brand new, but I became interested in cybersecurity in sixth or seventh grade. Back then, things were simple. Security was minimal. You could just paste a bit of code into a chat room to gain control of people’s computers through the chat.

It was essentially the wild west. There were no rules, no laws. People could do things that would be felonies now (with sentences of 30-plus years) and only receive a slap on the wrist.

At that time, only governments and large companies were doing cybersecurity, and even then it was one IT guy who was running everything.

How has the cybersecurity industry evolved with tech?

As tech progresses, so does the security domain. Cybersecurity became more prevalent with the advancements in internet consumption (from dial up to DSL to cable modems). The first major advancement was IDS (intrusion detection systems), which trace and analyze attack patterns, signatures and network activity.

That was followed closely by antivirus and firewalls. Log management and SIEM (security intelligence event management) were developed nearly hand in hand to monitor user endpoints and activity on their computers.

What vision do you have for the future of security?

With the rapid progress of technology, it’s difficult to say where the industry will be in 20 or 30 years. But it will be more at the forefront, as more organizations’ hands are forced into making it a priority. We will need to keep creating new technologies and continue to grow the ecosystem. 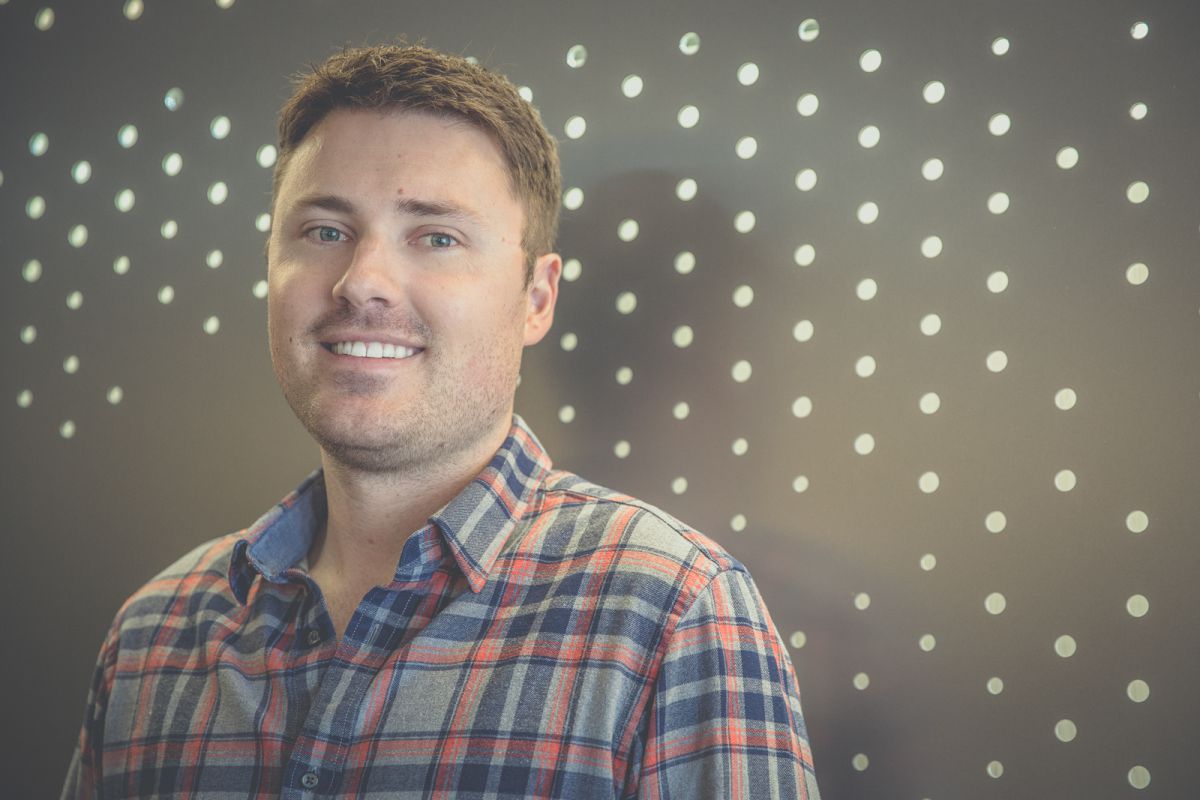 The technology coming from IoT startup Notion makes us feel like we’re already living in the future. It’s hard to compare their innovative home awareness technology with the home security systems of the 80s and 90s, but there’s no denying the two share some common heritage.

We reached out to CEO and co-founder Brett Jurgens to reflect on the rapid evolution of his industry and how tech has played a role.

Describe the home security and IoT industries in the 80s/90s.

In the 80s and 90s, my co-founder Ryan and I were more focused on toys than technology. IoT wasn't even a term people knew and used, and the concept of the "smart home" was far-fetched, limited to the Jetsons and Disney's Smart House.

On the flip side, the first video security system was invented in 1966. Hard-wired, residential home security solutions saw high adoption during the 1980s and 90s. Despite these services being expensive, requiring a multi-year contract and monthly subscription, this model really stuck. Today, countless companies still offer professional monitoring services to homeowners who are looking to keep their families safe and get some added peace of mind.

How has the industry evolved over the years with tech?

Up until recently, home security has been a preventative safety net — a protection you’d put in place as a homeowner to keep your family safe and react to danger if/when it occurred.

Today, we’re transitioning from reactive home security to proactive home awareness. The defining moment for this transition is probably the mobile device and, more specifically, the mass adoption of smartphones. As soon as people had computers in their pockets, their expectation of information on-demand sky rocketed.

As the "things" in our lives become more connected, consumers want to have real-time engagement with those things, and that includes the activities in their homes. In the IoT era, connected devices are replacing traditional hard-wired security systems for a fraction of the cost and providing homeowners with unprecedented access to insights about their homes.

What vision do you have for the future of home security and IoT?

IoT is expensive, and ultimately not every "dumb" thing needs to be smart. Today, people spend $600 to $700 on two to three devices that they think they’ll use the most. That will have to change over time to some degree if mass adoption is to occur.

Some people will always pay a premium for innovative products. But with increased competition and the commoditization of many hardware devices driving prices down, companies will have to innovate hardware and also be innovative with partnerships, services and business models, based on data and analytics.

Looking even further ahead, data is the biggest game changer. Working with insurance companies, it takes a lot of time and a lot of data points to change the way an entire industry operates. We are excited to be a part of the opportunity to define what it means to be a smart homeowner and offer individualized policies based on specific behaviors.

Get Alerted for Jobs from Notion The automotive industry today looks very different from that of the 80s and 90s. Over the last 30 years, we’ve seen technology put more and more buying (and selling) power into the hands of consumers. With apps like Blinker, consumers can scan a license plate with their smartphone; obtain instant, up-to-date Bluebook value information; and then buy, sell or finance a car on the spot.

Blinker CEO Rod Buscher shed some light on just how far the auto industry has come since he first started.

What was the auto industry like in the 80s/90s? I started working in the auto industry in the 70s in Montana. The 70s and 80s were a time when customers had no access to information and dealers had all of the information. The internet — and all the tools that people use to find pricing today — didn’t exist, so customers were at a real disadvantage at that time.

In the 70s, we didn’t even have a fax machine. When we wanted to get a credit application approved, we would physically call Ford Motor Credit Company and read the application for them to write it out.

In the 80s, there were some changes in technology such as the increased use of fax machines. It wasn’t until the late 80s that manufacturers and dealers started to focus on customer satisfaction, and that became the buzzword in the early 90s. Customers started to have more control of their transactions and more information on car pricing.

How has the auto industry evolved with tech?

The internet has changed everything by commoditizing vehicles and making pricing information available to customers. Today almost all customers have researched cars online before physically going to the dealer.

In many cases, customers know exactly what they want because they’ve done their research. By opening up the information on pricing, pricing is no longer the most important factor. The only way for dealers to compete today is to distinguish themselves by providing excellent customer service.

What vision do you have for the future of your industry?

The auto industry is feeling the impact of the growing consumer preference toward mobile solutions. In the short term, online incumbents like Blinker are going to have a huge impact. We use image-recognition technology to make it easier, faster and safer for people to buy, sell, finance, or refinance cars by simply snapping a photo. By removing dealerships and banks, we’re cutting out the middlemen, putting consumers in control and saving users thousands of dollars on every transaction.

Autonomous cars are also going to play a part in the future of the industry, but it’ll take a while. There are around 270 million cars on road in the U.S. and only 17 million new cars are  produced every year so it will take a while before we’re all in self-driving cars.

The Tesla direct-to-consumer sales model has also changed the industry. Consumers can look at Teslas in showrooms, then the cars are shipped directly to them from the dealer. That model is being examined by many other manufacturers, and state law will determine whether manufacturers can sell directly to consumers.

In the future, I think we’ll also see that cars will be custom ordered and delivered to your home much more quickly than the three to four months that it takes today.