How a Parisian thief inspired this new Colorado IoT startup 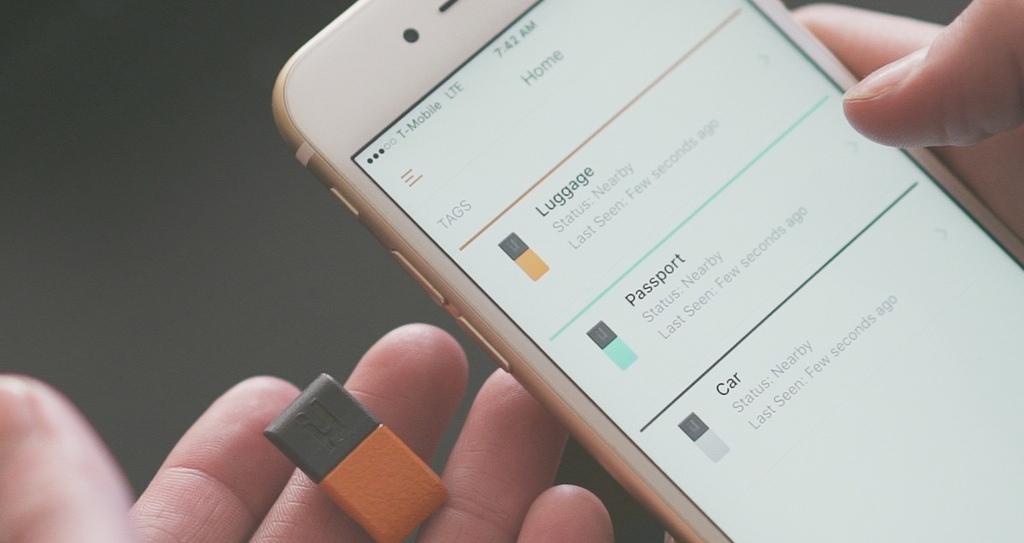 As Lang Mei was wrapping up a semester abroad in Paris, he had little way of knowing he’d soon become the founder of an IoT startup that would surpass its Kickstarter goal in just three days.

Mei, who was studying in a cafe down the street from his school near les Grands Boulevards, suddenly found himself without his bag — or the laptop that had all of his final papers on it. Someone had stolen it, quite literally from under his nose.

“I wanted someone to create a device so this wouldn’t happen again,” he said.

Over that summer, Mei found himself growing more confident he could be the one to make that very device. So the information management major, now a senior at CU-Boulder, launched informu. The company creates a device called the Mu tag, a tiny beacon users can attach to anything from backpacks to passports and even dog collars.

Mei had considered other devices like Tile and Chipolo, but he realized they were more about helping people find things they’d already lost.

“We’re trying to prevent loss in the first place instead of trying to help you find it later,” he said. “After trying all those existing products, I was very disappointed. So I started to think if I can build it and how hard it would be. My roommate at that time was an electronic engineer. He told me that it is doable. Also, I had started two startups by then, so I had some experience before starting this venture.”

In the fall of 2015, Mei met his co-founder, Rishabh Berlia, a master’s candidate in electrical engineering at CU. After more than a year of developing and testing the device, the informu team launched a Kickstarter earlier this month. They hit their goal of $25,000 in just three days, and now their backers have pledged more than double what they had hoped to raise.

The Mu tag works by connecting to a user’s phone or wearable device using beacon technology. Users can set a custom radius for each item; when their device and the tag get separated beyond that radius, the user will receive an alert letting them know. Each Mu tag is powered by a removable, rechargeable battery pack that comes in a variety of colors. The app even integrates with users’ calendars so they can get a reminder to bring along items they may need for events like flights or job interviews.

While they were developing the product, the team — now with five members, including Raza Qazi, Prayash Thapa and Toriana Davidson — joined the CatalyzeCU accelerator program, which they said had a major impact not only on their product, but on their team as well.

“We cannot thank CatalyzeCU enough,” said Berlia. “If not for them, we do not know if we would be able to hustle for almost two years. They provided us with a great mentor network, to discuss and learn various aspects of a business. They also were our critics and helped us see out of the small box that you build around your idea and are too afraid to change. They taught us how important it is to be giving back to the community irrespective of your status or position; it is what makes you a true entrepreneur, or as I like to call it, ‘change makers.’"

One of the key lessons the mentors imparted on the team was the importance of bringing diverse viewpoints to the table.

“We spent a huge amount of time meeting with people — different kinds of people — to understand what they need,” said Mei. “We asked their pain points and tried to figure out how to solve problems. For example, we decided on the rechargeable battery function because they all wanted it.”

Aside from building the company, Mei and Berlia — who are from China and India, respectively — want to help foreign entrepreneurs find the support they need to be successful entrepreneurs.

“I am a foreigner who is extremely passionate about startups,” said Mei. “I experienced the legal obstacles and learned how hard it is. You not only fight the business stuff, but also fight the broken immigration system. I want to change it and make it easier for all.”

Now that their Kickstarter is underway, the team is focused on reaching their stretch goals and delivering a quality product to their backers.

“The feeling is surreal,” said Berlia. “It is both happy to see the support and a little unnerving because we have this huge responsibility of making all of our wonderful backers and supporters completely satisfied, and we would not leave any stone unturned for it.”