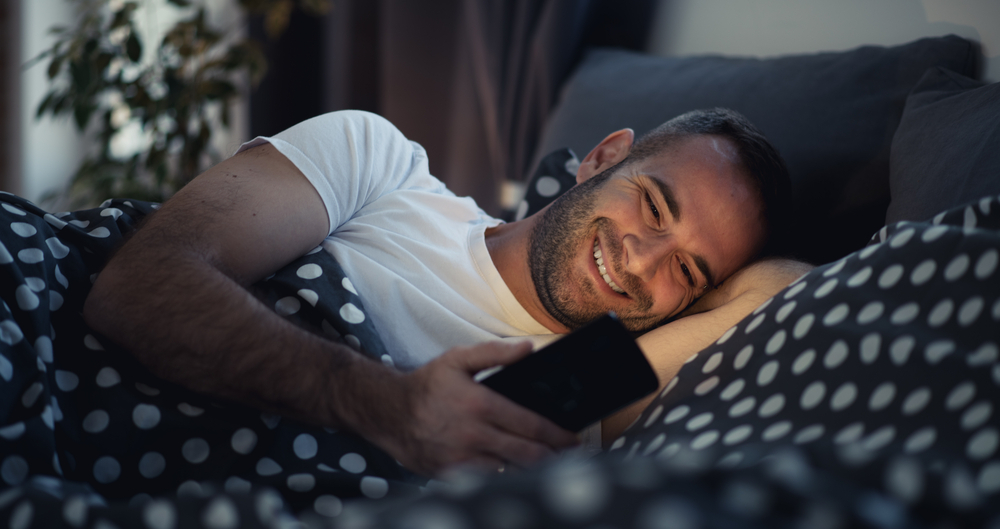 In recent months, the conversation about encrypted messaging has mostly centered around organizing protests and sharing sensitive information with journalists. But a Boulder startup thinks the technology can be used for fun, too.

Conclave is an end-to-end encrypted messaging app developed by Boulder’s Forge Global Industries. The Android, iOS and web app is designed to be a fun, secure messaging system for young adults, though they ultimately believe Conclave is for anyone who wants it.

But it didn’t start out that way.

Founded eight years ago by CU-Boulder alumni, Forge mainly worked on contracts for the Department of Defense. Their work varied in discipline, but it was always centered around the latest emerging technologies the military hoped to use; largely, they wanted to find ways to get intelligence data from aircraft to the ground and then to distribute the information to whomever needed it.

As you can imagine, that top-secret data needed to be communicated securely. Of course, the military has their own secure means of sharing data. But as defense contractors, the Forge team didn’t have a great solution. So they decided to build it.

Conclave got its start as an internal tool using custom cryptography. Within the last few years, the team realized there was actually a huge opportunity for their technology to be used not only in the government or highly regulated industries, but on the consumer side as well.

“The way we’re pitching this is different from everything I’ve ever seen,” said Conclave engineer Geoff Inge. “It’s really going to rewrite the rules of messaging and how we think of it.”

The app’s tagline is “play with power.” Inge said it has a few different meanings. End-to-end encryption means users have privacy, so they can go out and have fun without worrying about where the information might end up 10 years from now. The app also gives users more power, like in a recently-released feature where users can delete messages from both ends of the conversation.

“It’s changing the way people think about text messaging,” said Inge. “It’ll essentially sell people on the idea of security by giving them powers in their messaging.” 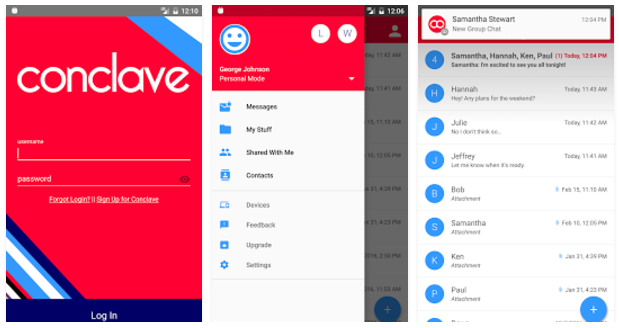 Among the other “powers” provided by the app is the ability to see and track where data is shared. So if a user sends someone a photo, and that photo is forwarded or otherwise captured, they’ll know about it.

“This ability to track data is something else that will change the way people care about their data, and I think people will really appreciate it,” said Inge.

The Conclave team also wants to protect its users from becoming what is essentially another company’s product, where tools like WhatsApp will share conversation data with Facebook for ad targeting unless a user opts out.

“Not a lot of people understand or truly value digital privacy yet, but just like people didn’t know what natural foods used to be, they’ve learned,” said Inge. “As we put more information on the internet, I think that more people are going to start adopting more and more secure technologies and they’re going to start to care more and more about, ‘Where is my data saved? How is it saved? Who can see it?’”

And because they want people to know more about digital privacy, and they want people to care about what’s happening with their data, the seven-person team created a 27-page document outlining their security architecture, from the processes their employees are trained in to the security of third-party apps like Google Play or MailChimp.

“When you’re asking people to trust that you’re not reading their messages, it’s important to be transparent and tell them how the system works, essentially, so they can verify for themselves and understand that what you’re telling them is actually true and you’re not just secretly looking at their stuff,” said Inge.

As Conclave grows into a robust consumer app, they plan to separate from Forge and become their own company. And in the future, they hope for the app to become a standard platform upon which companies in regulated industries like healthcare can build secure systems for communicating with patients using the app’s same core technologies.

While much of the focus on encrypted messaging has been on apps like Signal, Conclave hopes to stand out as one truly designed with the user in mind.

“A lot of those applications are geared towards a privacy zealot, if you will, and people whose number one concern is privacy,” said Inge. “What we’re targeting instead is yes, you have privacy, but you can do a lot more than just be private. You can add a lot more intrigue and fun — and give people ways to have fun — without being a boring stuffy app that does basic stuff with a privacy layer.”

Photos via Conclave and Shutterstock.