How BetterCloud Aims to Create a Better Community

Key team members reveal the multi-pronged approach they use to foster belonging and inclusion at BetterCloud.

Humans have a biological need for community. Social connection improves our quality of life and life expectancy. Loneliness increases our cortisol, and researchers have even found direct connections between the distress of social exclusion and physical pain. Community is the salve. Community allows us to transcend “I” and become “we.”

This isn’t only true on weekends. Though it’s common to create boundaries between our personal and professional lives, work is where most adults spend the majority of their time. As such, we have greater well-being when our work provides us with a sense of community. Having colleagues we like, and identify with, is literally good for our health.

But when it comes down to it, community is hard to describe and even harder to cultivate, especially at work. On paper, it is often defined by a sense of belonging. Applied to real life, it looks like employee resource groups with names like Chocolate Rain and the Rainbow Mafia at BetterCloud.

“Rainbow Mafia is one of the first communities of LGBTQ+ people that I have ever had. Building a community like that is very fulfilling,” said Dani Hunt, an executive assistant at BetterCloud and a founding member of Rainbow Mafia.

BetterCloud is a SaaS management platform founded in 2011 by CEO David Politis. The company is headquartered in New York City, but the team is fully remote.

Community is essential for all humans, but that belonging may be harder to come by for individuals from underrepresented groups in the tech industry. In recent years, many tech companies have pledged their commitments to diversity, equity and inclusion, and ERGs have become a popular strategy. BetterCloud is one example of how these efforts can build an inclusive environment for employees.

Getting Serious About Diversity & Inclusion

In late May 2020, BetterCloud CEO David Politis approached General Counsel Manuel Martinez-Herrera to discuss what the company needed to do to address growing civil unrest in the wake of George Floyd’s murder. BetterCloud had launched diversity initiatives in its past, but those had all lost steam after a few months.

Martinez-Herrera was ready to tackle the challenge. He had worked on diversity initiatives in past workplaces and had been appointed as the executive sponsor of diversity and inclusion at BetterCloud. Together, the executives took raw fragments of past initiatives and harnessed the pressure of 2020 to crystallize them into actionable strategies. “Our employees wanted us to do more, we needed to do more and it was a good thing to do more,” said Martinez-Herrera.

The first step was to form the BetterCloud Diversity Council to create a foundation for the company’s diversity efforts. “It’s been an amazing backbone to the DEI initiative,” said Martinez-Herrera.

Next, the council sought out grassroots employee initiatives to empower.

The BetterCloud Diversity Council is composed of two or three volunteers from each department within the company. These representatives work in 12-18 month terms and must submit applications to be involved. The council meets every two weeks to organize logistics and support for DEI initiatives. The council helps ERGs manage their budgets and work toward their goals.

Before it was an ERG, Chocolate Rain started organically as a Slack channel for BetterCloud employees who identify as Black or being of African descent. It was a place where people could open up. “We really just tried to foster a sense of community,” said Gabrielle Hernandez, an order-to-cash accountant who was also a founding member of the Diversity Council. “People talked about things that were going on in their lives at work, and we would have happy hours and lunches at least every month.”

In July 2020, the Diversity Council recognized the power of this community and connected with the group to make things official, offering a budget and executive support for its employee-led activities.

The group was invigorated. “One of the first things we did was buy some Chocolate Rain swag so we could all represent ourselves. We all wear it everywhere, on Zoom calls and now a few live events. It just really exemplifies who we are,” said Hernandez. 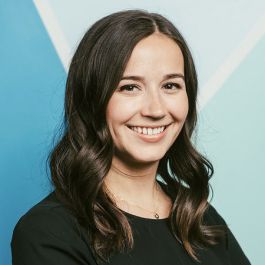 “Rainbow Mafia also started as a Slack channel, which has been there since I started in 2017,” said Hunt, who is a current member of the Diversity Council. “It was a safe space where the LGBTQ community could discuss our experiences with each other. After Covid-19 hit, we started a weekly Friday virtual hang out to help people feel less alone. Chocolate Rain made it really easy for Rainbow Mafia to become an official ERG; we mirrored everything they did.”

Today, BetterCloud has five official ERGs and a few more in the wings working toward formalization. The Diversity Council is committed to helping those groups crush their goals.

“The Diversity Council is a one-stop shop if we need help or have an idea,” said Hernandez. She added that support goes both ways, whether an ERG has an idea for recruiting or needs support organizing an event. “It’s a two-way street; they are proactive about reaching out to us if something is coming up.”

Involvement in ERGs offers benefits that extend beyond the workplace. Chocolate Rain founding member Gabrielle Hernandez said, “I’m second-generation Puerto Rican-Dominican and there was a culture in my family growing up of not talking about these identity issues. We were just trying to assimilate into America and lay low. As I’ve gotten older and learned more about my identity, it’s gotten me excited to give other people space to think about their identities. I joined Chocolate Rain but didn’t necessarily feel like I belonged at first because I identify as Afro-Latina, rather than Black. It gave me a space to learn about my African roots. It’s a place for people to figure themselves out, which is important.”
They're Hiring | View 7 JobsBetterCloud is Hiring | View 7 Jobs

It’s only been two years since BetterCloud laid the initial foundation, but the council and ERGs have already had a powerful effect, surpassing a number of objectives.

Since June 2020, the Diversity Council and ERGs have brought in 19 speakers. They include people such as Jessica Bennett, the first gender editor for The New York Times; Zach Barack, Marvel’s first transgender actor; and Chad Sanders, the author of Black Magic: What Black Leaders Learned From Trauma and Triumph. Sanders in particular left a mark on Hernandez. The company brought him in for a Q&A and facilitated discussion after a companywide book club read Black Magic. 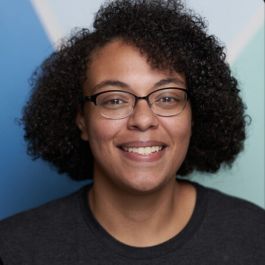 “People who didn’t have this perspective were learning through firsthand accounts. We had people from every walk, at every level of the company, and the discussion was super open and frank. We said what we needed to say without any limitations. It was a fun night of talking and educating,” said Hernandez.

A milestone that Martinez-Herrera treasures came at the 2022 companywide annual kickoff. For the past two years, this event has included sessions on DEI. This year, as Hernandez was presenting, she asked the more than 200 people in the room to stand up if they were a member of a Diversity Council or ERG. To Martinez-Herrera’s astonishment, close to 50 percent of the room stood up. It was a powerful moment to see the visual reach of these initiatives.

Beyond these internal events, Hunt is proud of the Diversity Council’s ability to reach an external audience. Last year the group held a panel at the company’s customer-facing BetterCloud Altitude conference for SaaS operations professionals.

“Everyone helped put this panel together. We even had two ex-BetterCloud employees who joined the panel. It is cool that we have that strong relationship, where they still wanted to contribute like that,” said Hunt.

Though these efforts have been successful, DEI initiatives are not always a walk in the park. That’s why the company created a culture where honest feedback and accountability reign supreme.

“We don’t always get it right, but we hold space to have open dialogue to help correct those mistakes. BetterCloud is a more inclusive place because there is a safe space to discuss why something might not have been great,” said Hunt.

BetterCloud is a more inclusive place because there is a safe space to discuss why something might not have been great.”

Martinez-Herrera agreed. “People can raise their hand and talk about it when something isn’t inclusive. We can have a conversation about it and move forward in a positive way,” he said. 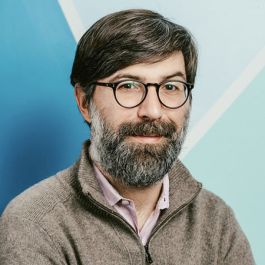 The company’s leadership team measures the progress of these initiatives with employee feedback, always aiming to do better. In September 2021, one survey question asked about employee satisfaction with DEI initiatives. “Eighty-seven percent of people said they agreed or strongly agreed that they were satisfied with what we are doing. That was amazing and heartwarming for us,” said Martinez-Herrera.

As the company moves forward, the Diversity Council and ERGs are leveling up and evolving their strategies to maximize their impact.

“We’re starting to see a lot of cross-ERG events. Women of BetterCloud and Rainbow Mafia recently hosted a fireside chat. Chocolate Rain and CurryCloud brought in a speaker together. It’s the next evolution, and it’s very cool,” said Martinez-Herrera.

There is a sense of genuine excitement from this team as they look toward the future. This work has had a profound impact on them, and their colleagues, and they can’t wait to see what comes next.

“We’ve been around less than two years and we’ve come a long way,” said Hernandez. “I can’t imagine what the next two years will bring, and I’m really excited about it.”